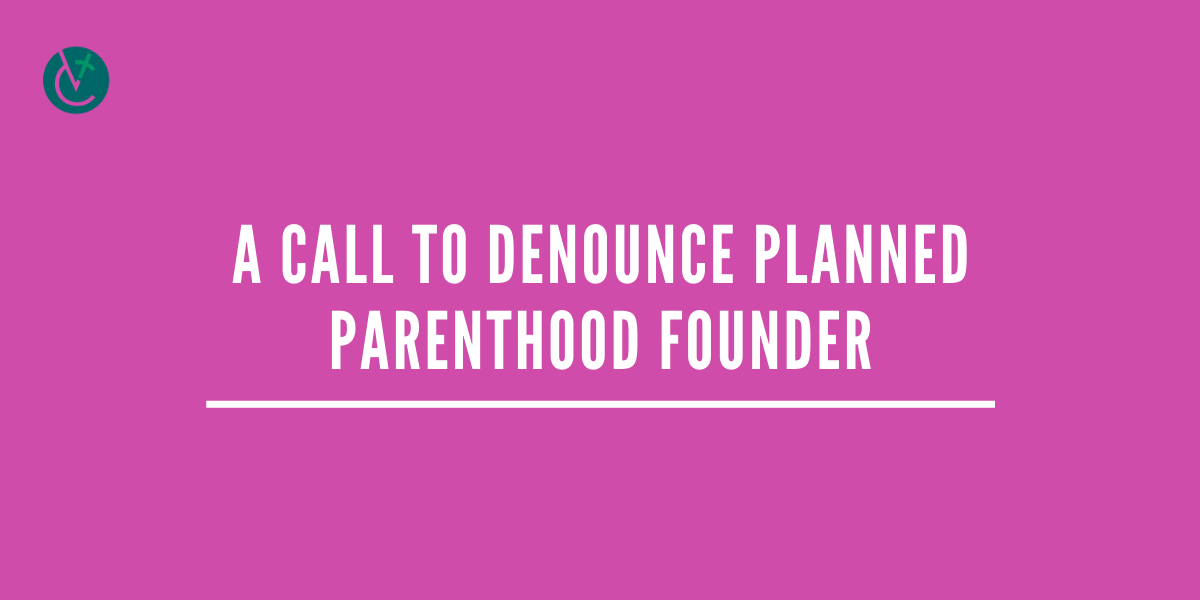 On July 16, 2020,  the Planned Parenthood Vermont Action Fund released a statement declaring that “racial justice, gender equity and access to abortion should be key components of reproductive rights.” The organization also has publicly supported the Black Lives Matter movement, including the defunding of police.

“Despite their current rhetoric, Planned Parenthood of Vermont has never publicly distanced themselves from the eugenic beliefs of their organization’s founder, Margaret Sanger,” said Mary Hahn Beerworth, executive director of The Vermont Right to Life Committee.

“In Vermont, Planned Parenthood exerted their political dominance in our Statehouse as they pushed through Act 47 and Proposal 5,  to protect their abortion business, allowing for abortion up to birth with no regulations. Planned Parenthood also secured additional state tax-payer monies in 2019,” she continued. “Vermonters should be concerned that an organization that has yet to denounce its eugenic past is expanding its reach in our state once again.”

Margaret Sanger was not only heavily involved in promoting the eugenics movement that swept the nation in the early 1900’s but was connected to the Eugenics Survey in Vermont. Sanger joined those calling for the targeting of the poorest families for “voluntary sterilization.” In her book, “The Pivot of Civilization,” she referred to some people as “inferior classes” and used derogatory terms to define them: “fit” or “unfit;” “the feeble-minded and the mentally defective.” Sanger writes about the possibility that “drastic and Spartan methods may be forced upon American society” to limit the “over-fertility” of these inferior classes. Sanger’s association with the Ku Klux Klan is well-documented.

Her involvement in Vermont’s Eugenic Survey was unique. Sanger was in direct contact with Henry Perkins, the pro-eugenics professor of zoology at the University of Vermont. Under the guise of the Vermont Commission on Country Life, social workers under the guidance of Perkins targeted poor families for extinction by sterilization. In Vermont, the victims of the program were often of Abenaki descent. After gathering enough “evidence,” social workers were allowed to commit members of a family to various state institutions such as the Brandon Reform School, homes for unfit mothers or jail. Once those institutions were filled, their victims were offered “voluntary sterilization” as condition of their release. The program’s promoters referred to sterilization as a “treatment” ostensibly for the disease of their defective genes (“Breeding Better Vermonters, the Eugenics Project in the Green Mountain State”).

The so-called science behind eugenics was eventually exposed as false, and the whole concept of eugenics fell out of favor as the horrors of Nazi concentration camps came to light. Public opinion grew increasingly hostile to the notion of eugenics and eventually those involved, both nationally and locally, quietly folded up and dissolved their organizations.

Ultimately, it was at Perkins’ personal urging of the members of the American Eugenics Survey that the board allowed Margaret Sanger and her organization to become the future of eugenics. In the book, “Breeding Better Vermonters, the Eugenics Project in the Green Mountain State,” author Nancy L. Gallagher states, “Only after much deliberation and at Perkins’ urging, did they (AES) agree to collaborate with the Birth Control League, the predecessor of Planned Parenthood.” Gallagher is one of the UVM researchers who discovered Perkins’ records in the library attic.

In 2019, Tom Sullivan, then president of the University of Vermont, issued a formal apology for the university’s involvement in the eugenics survey.

“The Vermont legislature is considering a resolution that would officially apologize for the state-sanctioned involvement in eugenics (J.R. H 7), yet Planned Parenthood of Vermont continues to celebrate Margaret Sanger and has not denounced her participation in eugenics,” Beerworth said.

—Excerpted from a July press memo from The Vermont Right to Life Committee.