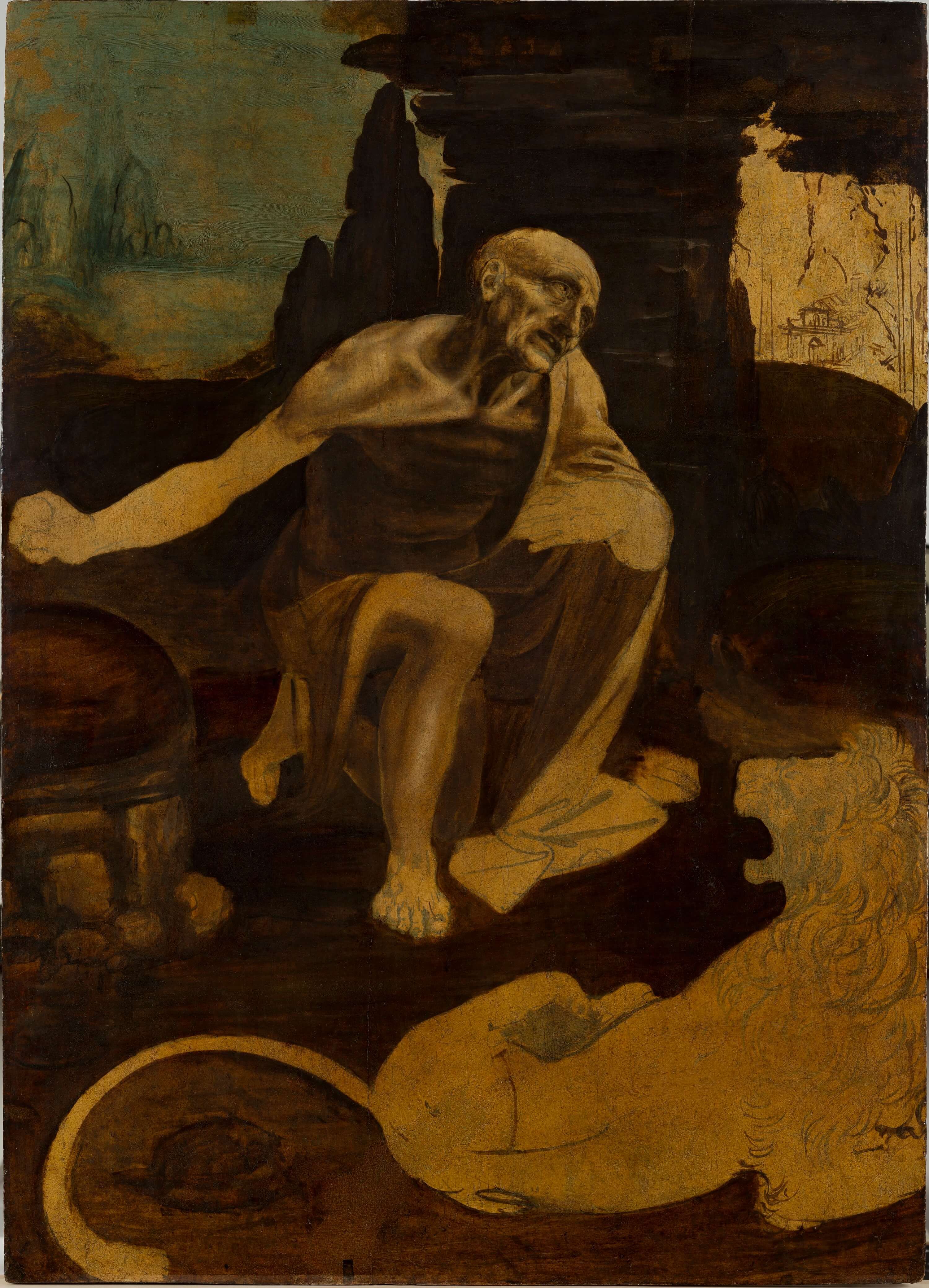 The Metropolitan Museum of Art in New York is marking the 500th anniversary of the death of Leonardo da Vinci with a painting by the artist that will draw crowds but also pay solemn tribute to the larger-than-life Italian Renaissance painter, architect and inventor.

“Saint Jerome Praying in the Wilderness” — an unfinished painting on wood on loan from the Vatican Museums — will be on special exhibit July 15-Oct. 6.

According to the museum, the painting is displayed “in a gallery by itself, starkly illuminated within an otherwise darkened space to heighten the picture’s contemplative dimension, which Leonardo intended. The solemn, chapel-like setting will be an evocative nod to the funerals of great Italian artists, which typically featured one of the artist’s works as part of the funerary display.”

The work depicts St. Jerome during the later part of his life which he spent as a hermit in the desert. Unlike other artists’ renditions of St. Jerome, in his study or writing at a desk, this image of the biblical scholar and Church father is of an old, gaunt, nearly toothless man, draped in cloths and kneeling in a cave, holding a rock in one hand while beside the silhouette of a lion, his companion in the desert, according to legend.

St. Jerome, who lived from 347 to 420, is known for his translation of most of the Bible into Latin and his commentaries on the Gospels.

New York Times art critic Holland Cotter said those who get the chance to see the painting at the Met will instantly recognize that it is “a work in progress: fined-tuned here, slapped down there.”

“Incompleteness is part of its power. And powerful this picture is, as dramatically rich as a three-act opera, with a full-throttle aria of scorching anguish at its center,” he wrote. He said the saint and the lion in the work are untamed but that the “real focus is Jerome’s agonized face,” which he said portrays “inflamed spiritual grief.”

The saint’s gaze is to the side corner in the direction of a sketched crucifix. Behind him, on the upper left, is a faded landscape that upon a closer look is said to reveal da Vinci’s fingerprints.

Max Hollein, the museum’s director, said the Met is “thrilled to honor Leonardo da Vinci’s legacy by displaying this rare and exceptional painting, as it provides an intimate glimpse into the mind of a towering figure of Western art.”

He also noted the St. Jerome painting was one of “possibly six paintings whose authorship by Leonardo has never been questioned.”

The artist, famous for the “Mona Lisa” and “The Last Supper” paintings, began working on this piece in Milan in 1483 and is said to have kept the painting with him until he died in France in 1519.