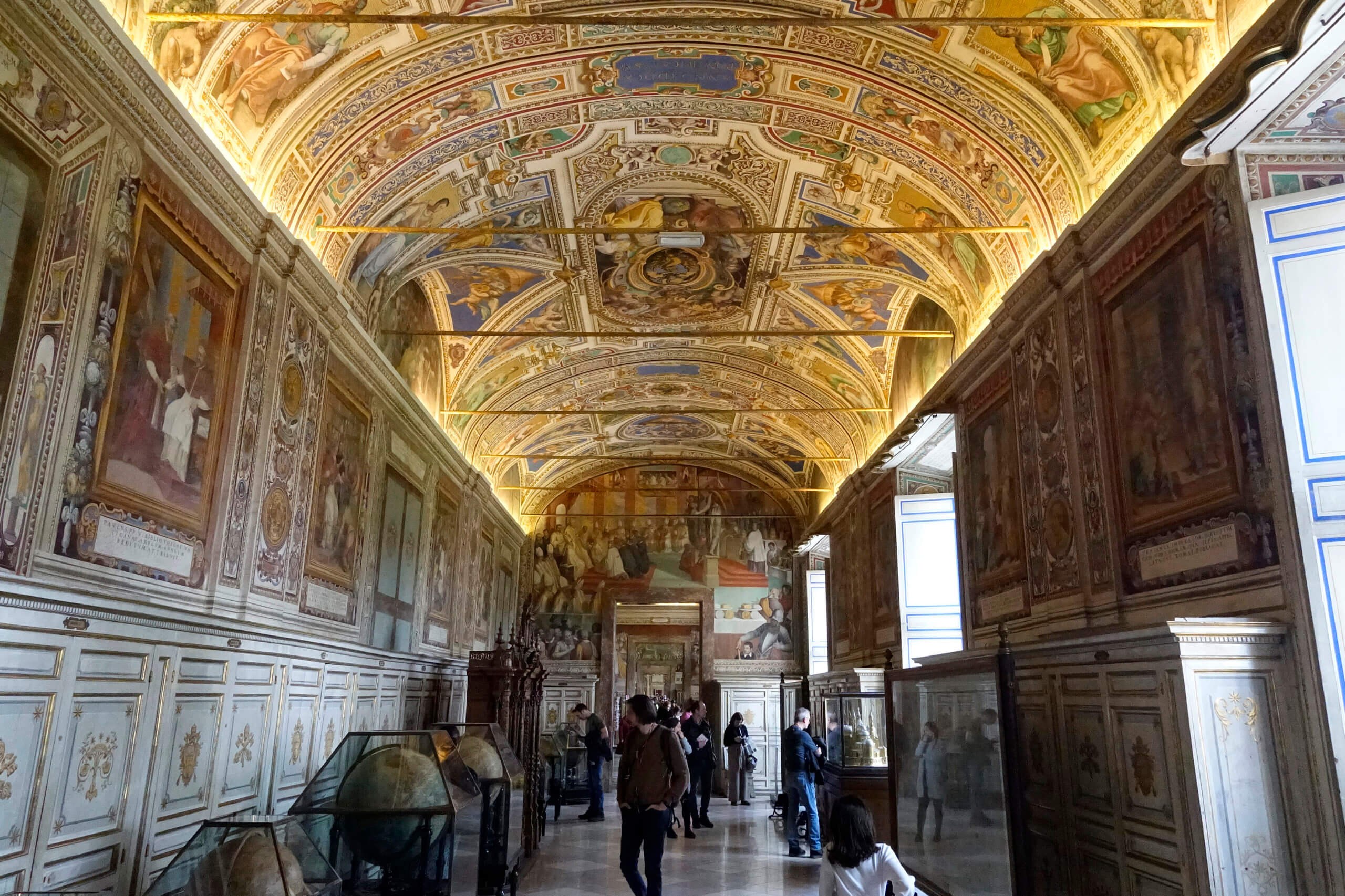 Photo Credit: CNS/Paul Haring - Visitors tour the Vatican Museums in this Feb. 29, 2020, file photo. The Vatican Museums will reopen June 1, almost three months after being closed as part of a lockdown to prevent spread of the coronavirus.

The Vatican Museums, Vatican Apostolic Archives and Vatican Library will reopen June 1, almost three months after being closed as part of the lockdown to prevent the spread of the coronavirus.

The closure of the museums dealt a major financial blow to the Vatican; more than 6 million people visit the museums each year, generating an income of more than $100 million.

The closure of the archives interrupted scholars’ long-anticipated access to the archives of Pope Pius XII. Material related to the pope and his actions during World War II became available to scholars March 2, but that access ended a week later with the lockdown.

To reopen the facilities, the Vatican has instituted a series of precautionary measures in line with health and safety guidelines. Access to the museums, archives and library will be by reservation only, face masks are required, and social distancing must be maintained.

A notice on the archives’ website informed scholars that while it would reopen June 1, it will close again June 26 for its usual summer break. Only 15 scholars a day will be admitted in June and only in the morning.

The archives will open again Aug. 31. Access still will be only by reservation, but the number of scholars allowed in will increase to 25 each day.

Barbara Jatta, director of the Vatican Museums, joined small groups of journalists for tours of the museums May 26-28 in anticipation of the reopening.

Reservations will be required there as well, she said, but at least as of May 27 there was no sign that the number of visitors would be so large that the museums would have to impose a daily limit. Until June 3, travel between Italian regions and from European countries is still banned.

Masks will be required of all visitors and the facility now has a temperature scanner installed at the entrance. The opening hours have been extended to 10 a.m.-8 p.m. Monday-Thursday and 10 a.m.-10 p.m. Friday and Saturday.

The maximum size of a group tour will be 10 people, “which will mean a much more pleasant experience,” Jatta said. “Let’s look at the positive side.”

While the museums were closed to the public, employees were hard at work on projects they normally have time to take care of only on Sundays when the museums are closed, Jatta said.

With the reopening, she said, the public will get its first look at the restored Hall of Constantine, the fourth and largest of the museums’ Raphael Rooms. The restoration yielded a surprise: evidence that the allegorical figures of Justice (in Latin, “Iustitia”) and Friendship (“Comitas”) were painted in oil alongside the frescoes and likely represent the last work of Raphael before his death in 1520.

As part of the celebrations marking the 500th anniversary of Raphael’s death, the room dedicated to him in the museums’ Pinacoteca (picture gallery) also have been redesigned with new lighting installed. Raphael’s painting of the Transfiguration has been restored, although when the journalists visited in late May, it was still wrapped in plastic, awaiting the museums’ reopening.