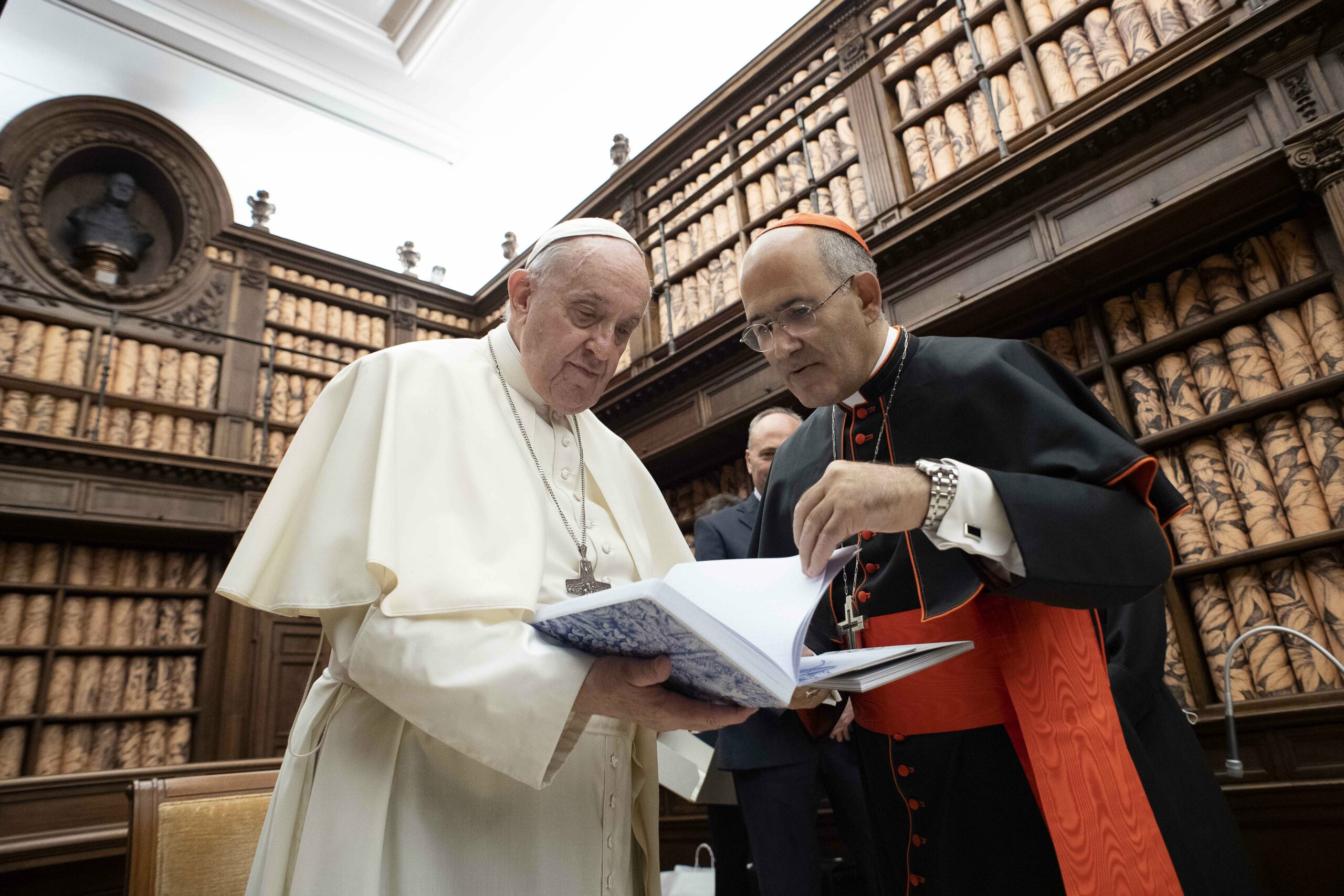 The Vatican Library Review “aspires to be an attractive place to publish high-quality, peer-reviewed research by actively hosting and allocating contributions,” the cardinal wrote as an editorial in the journal’s first issue. The editorial was republished by the Vatican newspaper Sept. 7.

The cardinal invited scholars to submit their contributions, adding he hoped readers would explore each article regardless of their personal field of interest and “join us in this two-fold endeavor of scientific rigor and cross-cultural dialogue.” Some of the articles in the first issue included, “An Unpublished Illuminated Codex from Catalonia in the Vatican Library” and “Visual Kabbalah in the Italian Renaissance. The Booklet of Kabbalistic Forms.”

Created by Pope Nicholas V in the 15th century, the Vatican Library belongs to the pope. However, Pope Leo XIII decided it should be more widely accessible to the academic world.

Its mission, Cardinal Mendonca wrote in his editorial, is to “conserve its continually growing number of treasures and to share this heritage with the academic world.” The library “has always been a place of research and an active host for collaboration.”

Over the years, the library has: seen a massive renovation of its facilities to make it more secure and up to modern-day standards; tagged items with Radio Frequency Identification chips to better track and identify them; continued to digitized its holdings, offering reproductions online.

Cardinal Mendonca wrote that The Vatican Library Review journal — published twice a year in print and online by Brill Publishers, marks a further step in the Vatican’s decades-long work in publishing studies examining the library’s holdings and issuing a newsletter about general news and events.

The journal seeks peer-reviewed “innovative scholarly contributions” to showcase each scholar’s knowledge, insights and discoveries, the cardinal wrote, including the world of “early career scholars” and those whose work “may not fit neatly” in more established journals.

The journal will accept work written in English, German, French and Italian and can include shorter notes, reports on conferences, book reviews and summaries of finished dissertations, the publisher wrote.

The Vatican Library Review issues are listed at: brill.com/vlr.

The Vatican Library’s online collections can be found at: digi.vatlib.it.