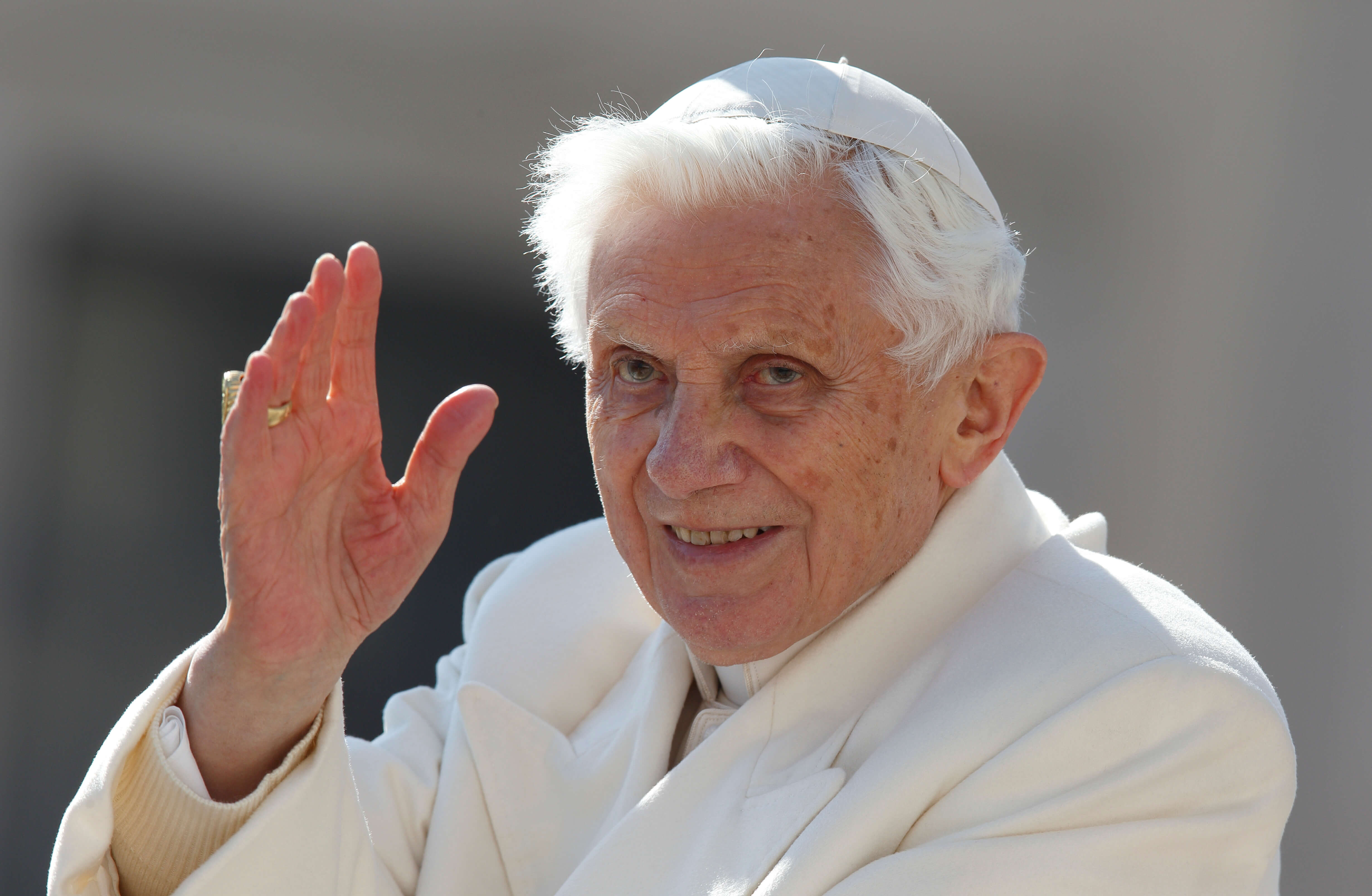 Photo Credit: CNS photo/Paul Haring - Pope Benedict XVI waves as he leaves his final general audience in St. Peter's Square at the Vatican in this Feb. 27, 2013, file photo. In a Feb. 5, 2018, letter to a journalist from an Italian newspaper, the retired pope said he has diminished physical strength and inwardly is on a "pilgrimage to Home." He celebrated his 91st birthday April 16.

Retired Pope Benedict XVI had a “peaceful and familial” 91st birthday April 16, celebrating with his 94-year-old brother, Msgr. Georg Ratzinger, who was visiting from Germany, the Vatican said.

Pope Francis offered his early morning Mass for his predecessor and then sent his personal best wishes to the retired pope, who lives on the other side of St. Peter’s Basilica in a refurbished monastery.

The Vatican denied earlier this year that retired Pope Benedict XVI has a degenerative neurological disease or paralyzing condition after his brother, 94-year-old Msgr. Georg Ratzinger, told a magazine that Pope Benedict had a debilitating disease.

In an interview published Feb. 13 in the German weekly entertainment magazine, Neue Post, Msgr. Ratzinger said Pope Benedict suffered from a nerve disease that was slowly paralyzing him.

“The greatest concern is that the paralysis could eventually reach his heart and then everything could end quickly,” Msgr. Ratzinger was quoted as saying.

“I pray every day to ask God for the grace of a good death, at a good moment, for my brother and me. We both have this great wish,” he added.

Although news about the interview also was published on the German edition of the Vatican News website, the Holy See press office said in a statement Feb. 15 that “the alleged news reports of a paralyzing or degenerative illness are false.”

In a letter to an Italian newspaper dated Feb. 5, Pope Benedict said that “with the slow diminishing of my physical strength, inwardly I am on a pilgrimage toward Home.”

“It is a great grace in this last, sometimes tiring stage of my journey, to be surrounded by a love and kindness that I never could have imagined,” Pope Benedict wrote.