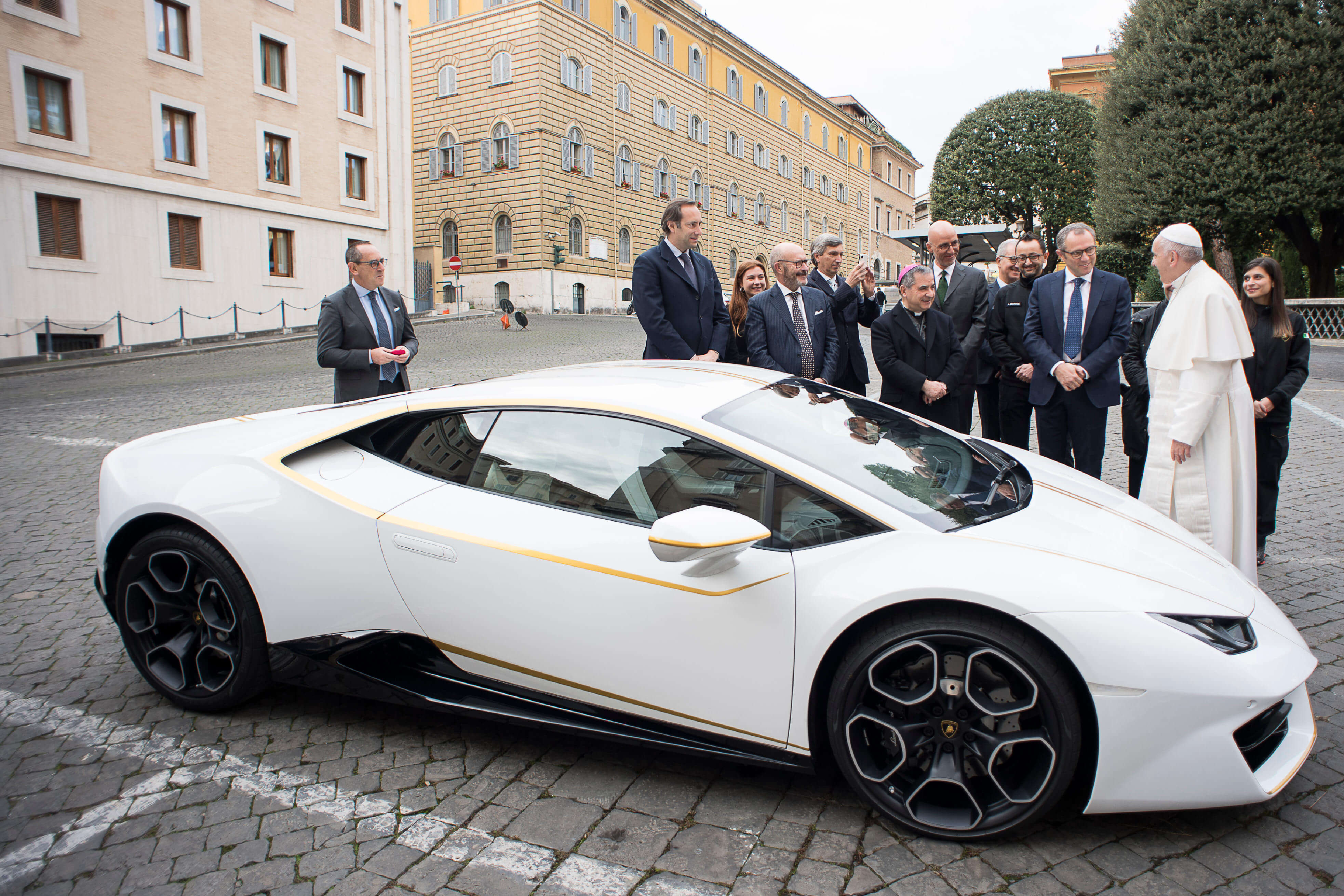 Photo Credit: CNS photo/L'Osservatore Romano - Pope Francis accepts a Lamborghini presented by representatives of the Italian automaker at the Vatican in this Nov. 15, 2017, file photo. The car was sold for $970,000 to raise money for charity.

A custom-built 2018 Lamborghini Huracan coupe autographed by Pope Francis raised nearly $1 million at a Sotheby’s auction May 12 in Monaco.

The Italian luxury carmaker donated the white vehicle with gold stripes — to match the white and yellow of the Vatican City flag — to the pope in November. The pope put his diminutive signature on the car’s hood, then put the vehicle up for auction to raise money for charity.

Sotheby’s also listed the upcoming sale of St. John Paul II’s 1975 Ford Escort GL. In an online slideshow of papal cars put up for auction over the decades, it showed the powder blue car then-Cardinal Karol Wojtyla bought new in 1975.

The vehicle, which has no hubcaps, air conditioning or radio, was first bought by a U.S. restaurant owner at auction in 1996 for $102,000 and was sold again just a few months after the pope’s death in 2005, when a multimillionaire in Texas paid $690,000 at auction.

Of the money raised at the May 12 auction, the bulk of the proceeds, 70 percent, will go to the Iraqi city of Ninevah, which had been occupied and raided by Islamic State in the mid-2010s.

Ten percent each will go to: “Amici per il Centrafrica,” an Italian nonprofit that helps children in the Central African Republic and surrounding nations; “Groupe International Chirurgiens Amis de la Main,” a Swiss charity that funds mobile surgical teams to operate on hands that are disfigured, mutilated or wounded to give patients a chance to regain some use of their limb; and the Pope John XXIII Community Association, which runs day centers and family homes all over the world to serve those most in need.