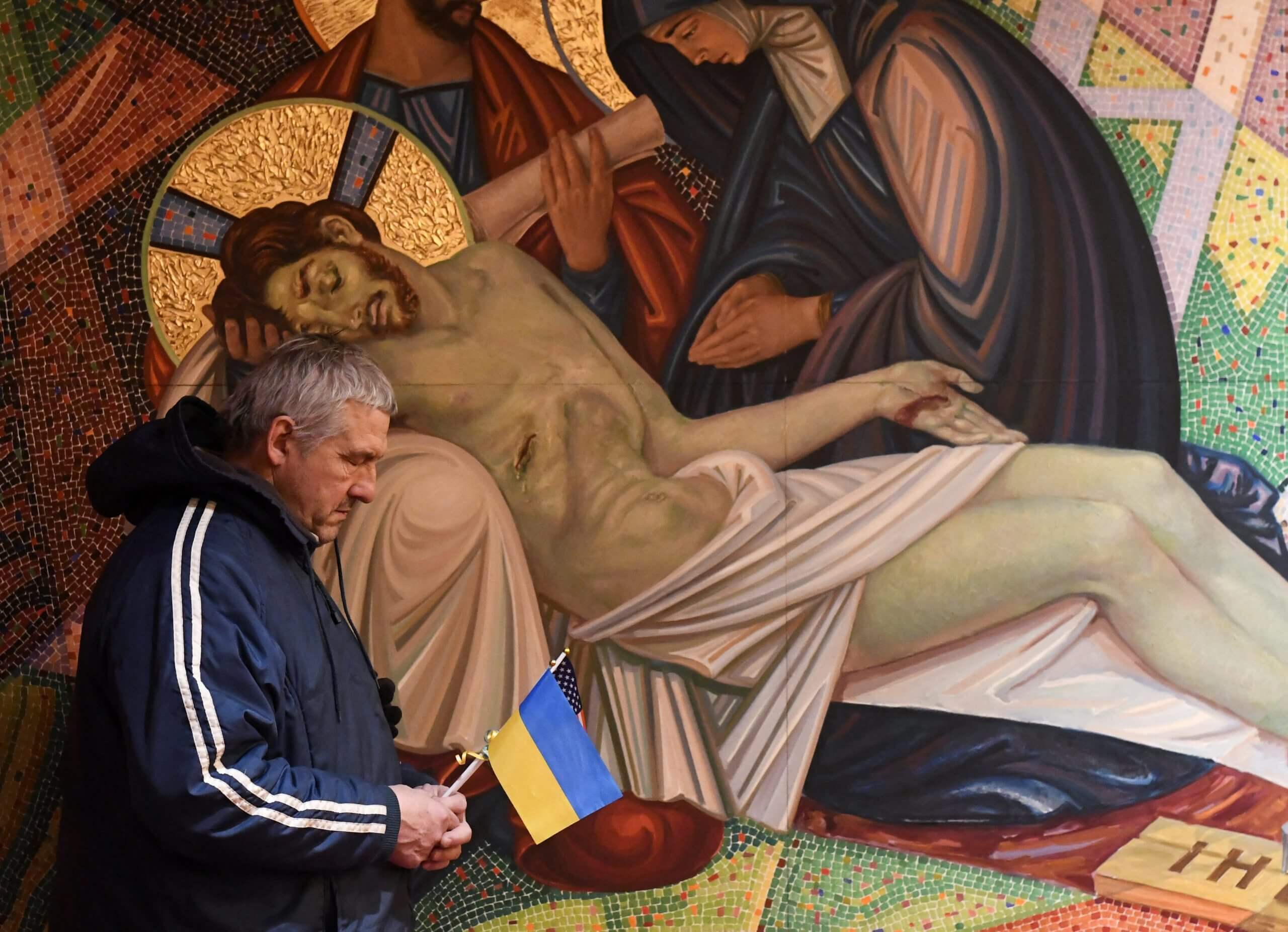 As Russia continued its assault on Ukraine and Russian troops pressed toward the capital, Kyiv, Pope Francis left the Vatican Feb. 25 to pay a visit to the Russian ambassador to the Holy See.

The pope went to the embassy, located at the end of the main road leading to the Vatican, “to express his concern for the war,” said Matteo Bruni, director of the Vatican press office. The pope spent about half an hour at the embassy, he said.

Although the embassy told Catholic News Service it had no statement, Ambassador Aleksandr Avdeyev told Russian media: “The focus of the conversation was the humanitarian situation in Ukraine. Pope Francis expressed great concern for the situation of the entire population, both in the Donbas (in Eastern Ukraine) and in other areas, and called for the protection of children, the protection of the sick and suffering, the protection of people.”

According to the pope, “this is the main Christian goal,” Avdeev told the government-owned RIA Novosti news agency.

Avdeev also categorically denied to the Rome correspondent of the Russian news agency TASS that Pope Francis had offered to mediate the conflict, an idea reported by the Argentine news agency Télam.

“Donbas” refers to Ukraine’s regions of Donetsk and Luhansk, where Russian-backed separatists have been waging war against Ukrainian troops since 2014, killing and maiming thousands and forcing more than 1.5 million people to flee.

Russian President Vladimir Putin recognized the independence of the two regions Feb. 21, setting up what many in the West saw as a pretext to invade Ukraine to defend those regions. In the early hours of Feb. 24, the Russian assault on Ukraine began.

In a statement after the pope’s embassy visit, the Ukrainian Catholic Church said Archbishop Sviatoslav Shevchuk of Kyiv-Halych “hopes the meeting represents a further push for dialogue to prevail over force. The Ukrainian people, who are defending themselves courageously, cry to the world, ‘Stop the war!'”

Pope Francis has not spoken publicly about the invasion, although shortly before it began he had said, “My heart aches greatly at the worsening situation in Ukraine. Despite the diplomatic efforts of the last few weeks, increasingly alarming scenarios are opening up.”

He asked people to pray and fast for peace in Ukraine March 2, Ash Wednesday.