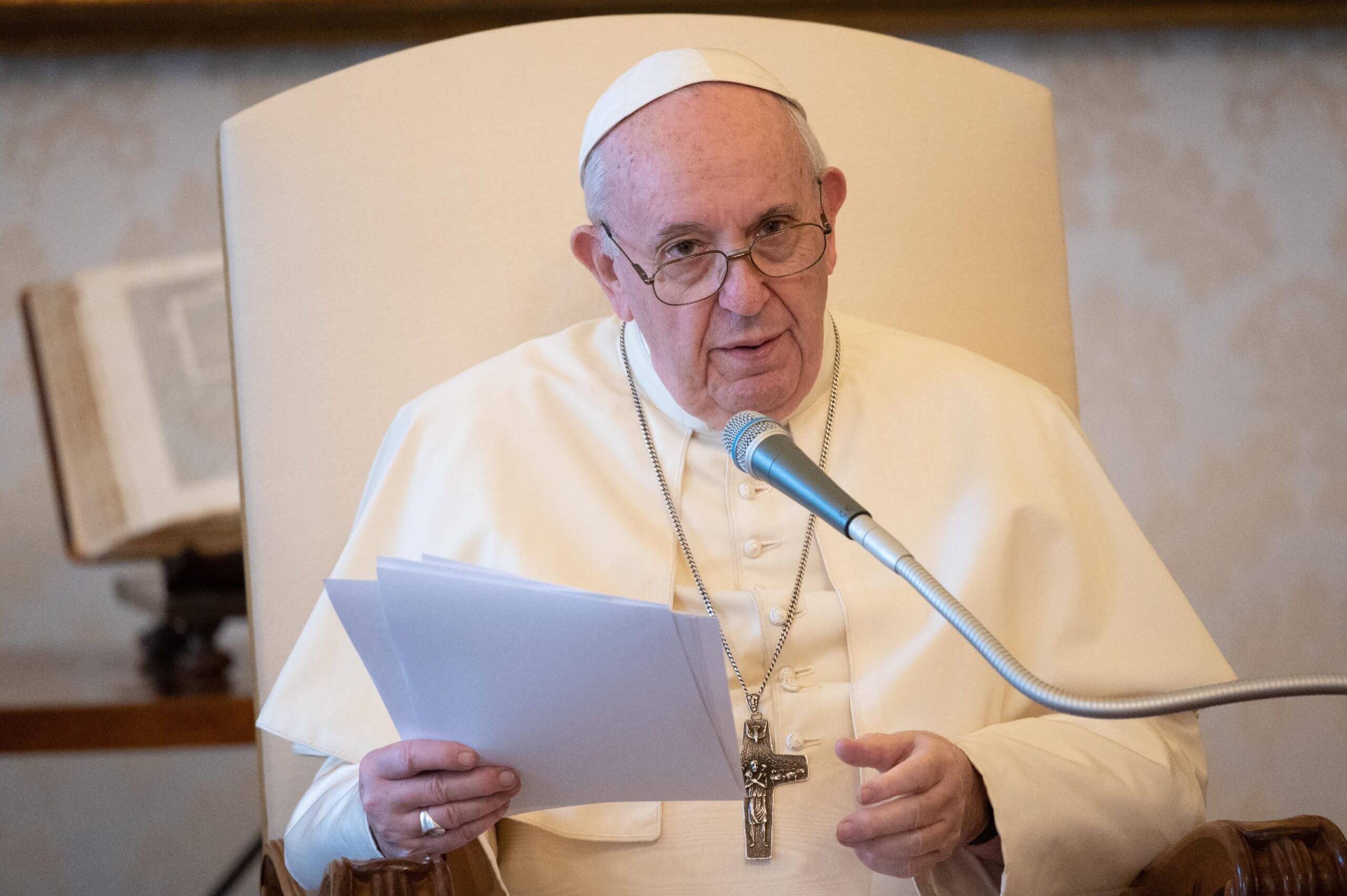 Photo Credit: CNS/Vatican Media - Pope Francis leads his general audience in the library of the Apostolic Palace at the Vatican Aug. 26.

Pope: Jubilee for the Earth a time for restoring bond with God, creation

The exploitation and plundering of the Earth’s resources at the expense of the poor and vulnerable cry out for justice and the forgiveness of debts, Pope Francis said.

In his message for the World Day of Prayer for the Care of Creation Sept. 1 and the Season of Creation, which runs through Oct. 4, the pope said the observance is a time to renew, repair and restore humanity’s broken relationship with God and His creation.

“It is a time for restorative justice. In this context, I repeat my call for the cancellation of the debt of the most vulnerable countries, in recognition of the severe impacts of the medical, social and economic crises they face as a result of Covid-19,” he wrote.

Since 2020 included the 50th anniversary of Earth Day, the ecumenical team organizing the Season of Creation chose “Jubilee for the Earth” as this year’s theme.

In the Bible, the pope noted, a jubilee was a “sacred time to remember, return, rest, restore and rejoice.”

As a time of remembrance, he said, the day of prayer and the Season of Creation should call to mind “creation’s original vocation to exist and flourish as a community of love.”

“We exist only in relationships: with God the creator, with our brothers and sisters as members of a common family and with all of God’s creatures within our common home,” the pope wrote.

The call for a jubilee for the Earth, he said, is a call for repentance and for restoring harmony with God by taking care “our fellow human beings, especially the poor and the most vulnerable.”

“We have broken the bonds of our relationship with the Creator, with our fellow human beings, and with the rest of creation,” the pope wrote in his message.

He also said it was time to “heal the damaged relationships that are essential to supporting us and the entire fabric of life.”

“A jubilee is a time for setting free the oppressed and all those shackled in the fetters of various forms of modern slavery, including trafficking in persons and child labor,” he said.

Creation itself, he added, admonishes humankind “to return to our rightful place” as members and not masters of “this interconnected web of life.”

“The disintegration of biodiversity, spiraling climate disasters and unjust impact of the current pandemic on the poor and vulnerable: all these are a wake-up call in the face of our rampant greed and consumption,” the pope said.

Humanity, he said, must stop excessively consuming the Earth’s resources and “pushing the planet beyond its limits.”

“Our constant demand for growth and an endless cycle of production and consumption are exhausting the natural world,” the pope said. “Forests are leached, topsoil erodes, fields fail, deserts advance, seas acidify and storms intensify. Creation is groaning!”

The coronavirus pandemic, he added, “has given us a chance to develop new ways of living” and “has led us to rediscover simpler and sustainable lifestyles.”

“We must use this decisive moment to end our superfluous and destructive goals and activities, and to cultivate values, connections and activities that are life-giving,” the pope said.