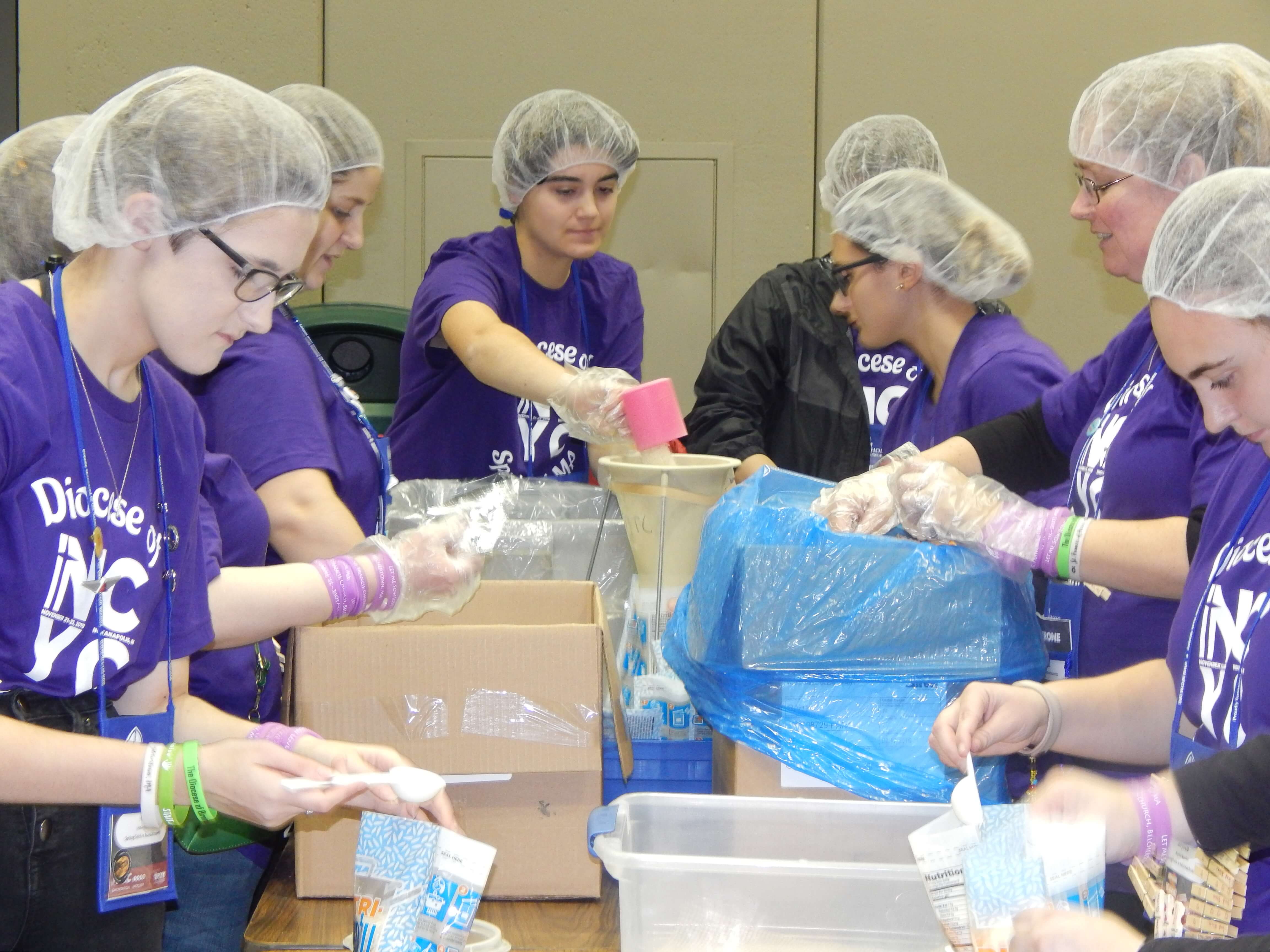 Photo Credit: CNS/Mike Krokos, The Criterion - Teenagers from the Diocese of Springfield, Massachusetts, put together meals last month during the National Catholic Youth Conference in Indianapolis. The meals were for Pack Away Hunger, an Indianapolis-based organization that provides nutritious dehydrated meals to local food pantries throughout Indiana. Young people need training in how to be active citizens focused on the care of the human person and the environment, Pope Francis said recently.

Pope calls for teaching youth to be active citizens

Young people need training in how to be active citizens focused on the care of the human person and the environment, Pope Francis said.

“Technological innovation is also needed to achieve these goals, and young people, if well motivated, will in fact be able to attain them, since they have been born and raised in today’s fast-paced technological world,” he added.

The pope’s remarks came in his address Dec. 9 to members of the “A Chance in Life” foundation, which helps at-risk youth in many countries. Formerly known as Boys and Girls Towns of Italy, the organization’s work is still built on the vision of its founder, the late-Msgr. John Patrick Carroll-Abbing.

The pope praised the organization’s initiatives that have benefited thousands of boys and girls and “offer children and adolescents in situations of particular hardship a chance to surmount their difficulties and to realize fully God’s plan for each of them.”

To be more effective in carrying out its mission in today’s world, the foundation is also looking for ways to promote recommendations made in the pope’s encyclical, “Laudato Si’.”

“It is essential to train new generations in the exercise of an active and participatory citizenship centered on the human person and care for the environment,” the pope told them.

“I thank you for your sensitivity and concern for the least of our brothers and sisters,” he said, and “may God reward your passionate commitment and always accompany your efforts to build a world of greater fraternity.”