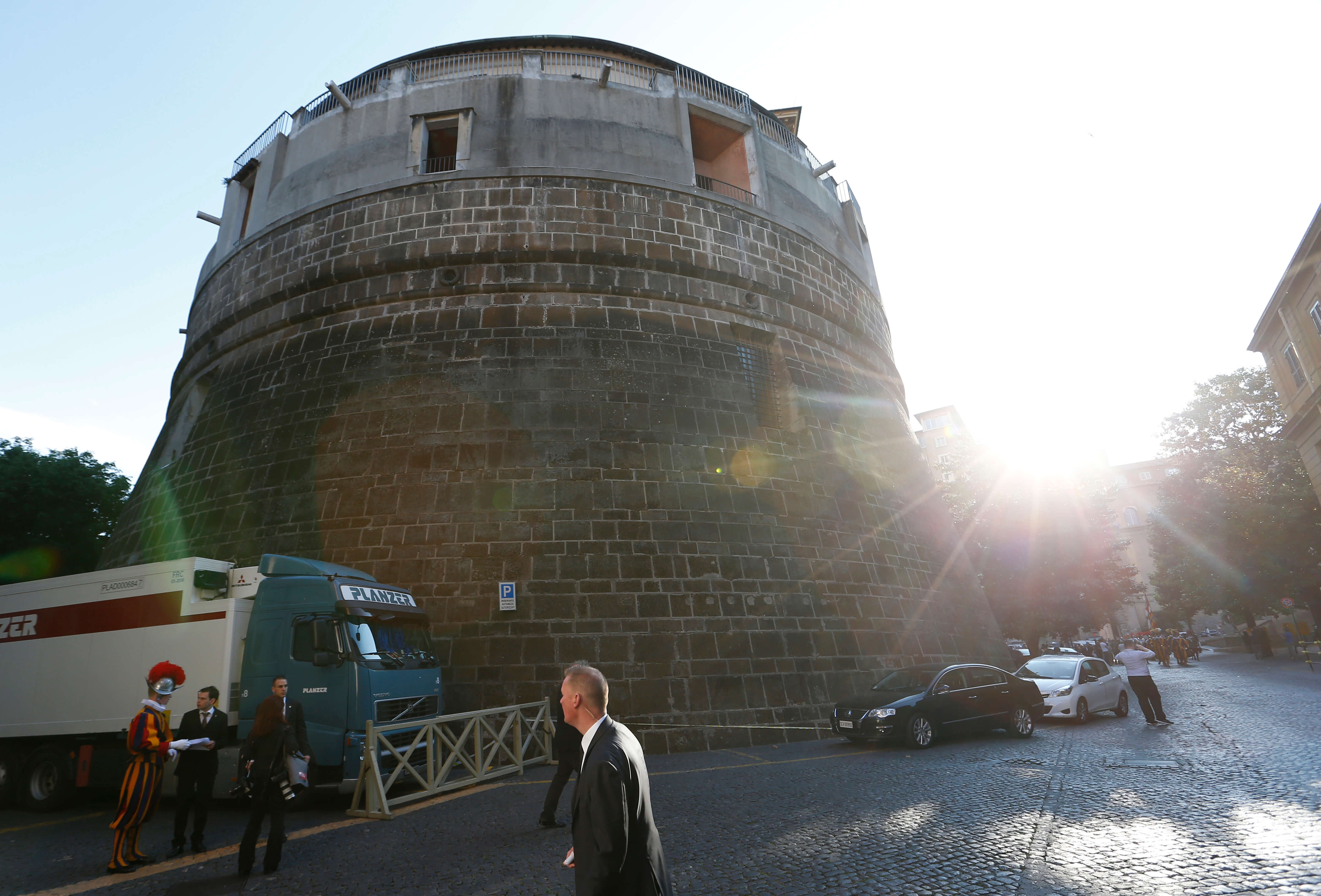 Photo Credit: CNS/Paul Haring - The tower of the Institute for Works of Religion, often referred to as the Vatican bank, is pictured at the Vatican. Pope Francis has approved new statutes for the bank that include structural changes and a mandatory external audit.

Pope Francis approved new statutes for the Institute for the Works of Religion, often referred to as the Vatican bank, that include structural changes and a mandatory external audit.

The renewed statutes, which were approved by the pope “ad experimentum” (on a trial basis) for two years, were published by the Vatican press office Aug. 10.

In a document signed by the pope Aug. 8, the pope emphasized the changes were to reinforce the Vatican bank’s intended mission to manage assets for “the works of religion or charity.”

Among the primary changes to the statutes is the inclusion of an external auditor which, according to the document, can be either an individual or a company that is proposed by the institute’s supervisory board and appointed by the Commission of Cardinals overseeing the institute’s work.

The external auditor, the statutes state, will “express opinions on the institute’s financial statements in a special report” and “examine all the books and accounting documents.” The auditor may also “request any information useful for auditing activities.”

It also includes renewed norms for the Board of Superintendence and the Commission of Cardinals overseeing the work of the IOR, which is the Italian acronym for the Institute for the Works of Religion.

Members of both entities serve a five-year term that can only be renewed once. Previously, members of the Commission of Cardinals could serve as members indefinitely.

The new norms also increase the number of members of the Board of Superintendence from five to seven members.

In an article published by Vatican News Aug. 10, Andrea Tornielli, editorial director for the Dicastery for Communication, said the increase makes it easier for board members to “fulfil their responsibilities, even if they are divided into advisory committees according to the subject matter being dealt with.”

Tornielli also said that the renewal of the statutes “represents an important step in the process of adaptation to the highest international standards.”

“More importantly, it signifies a renewed fidelity to the original mission of the Institute for the Works of Religion,” he said. “The renewed statutes show a greater attention to guaranteeing management responsibilities, control, and supervision.”