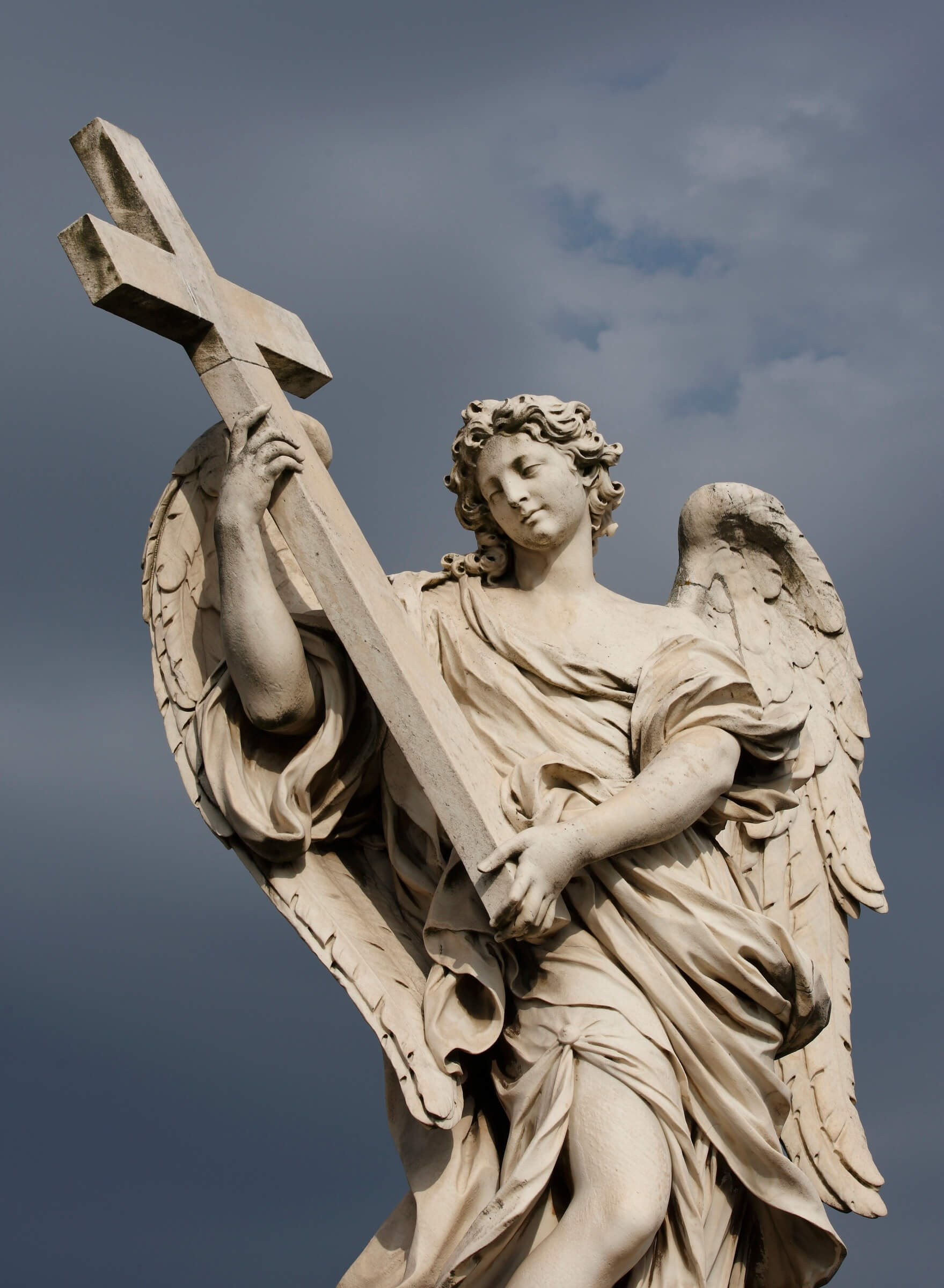 Photo Credit: CNS/Paul Haring - A statue of an angel carrying Christ's cross is atop the Castel Sant'Angelo bridge in Rome. Christians have guardian angels to encourage and guide them so they won't become sluggish on their journey in life, Pope Francis said Oct. 2 in his homily during morning Mass in the Domus Sanctae Marthae.

Christians have guardian angels to encourage and guide them so they won’t become sluggish on their journey in life, Pope Francis said.

Without the guidance of angels, men and women who become settled in their ways and put “their life on hold” are in danger of becoming like stagnant water, the pope said Oct. 2 in his homily during morning Mass in the Domus Sanctae Marthae.

“So many people don’t know how to walk or are afraid of taking a risk and they remain still,” the pope said. “But we know the rule is that a person who is stationary ends up stagnating like water. When water is still, the mosquitos come, they lay eggs and ruin everything. The angel helps us, he pushes us to walk.”

Commemorating the day’s feast of the Guardian Angels, the pope quoted from the Book of Exodus in which God promises the people of Israel that he is “sending an angel before you, to guard you on the way and bring you to the place I have prepared.”

Guardian angels, the pope said, are the help “the Lord promises His people and us who walk along the path of life.”

As companions and protectors, he continued, guardian angels are like “a human compass or a compass that resembles a human being and helps us see where we should go” to avoid dangers along the way.

Christians, he added, should heed God’s command to “be attentive and obey” their guardian angel and listen to “their inspirations, which are always from the Holy Spirit.”

By obeying their guardian angels, he said, Christian men and women can avoid the dangers of taking the wrong path or, worse, leaving the path and going “from one place to another like in a labyrinth that ensnares.”

He encouraged Christians to pray and speak to their guardian angel who “is not only with us but also sees God the father.”

“The angel is the daily door toward transcendence, to the encounter with the Father,” Pope Francis said. “The angel helps me walk along the path because he looks at the Father who knows the way. Let us not forget this traveling companion.”