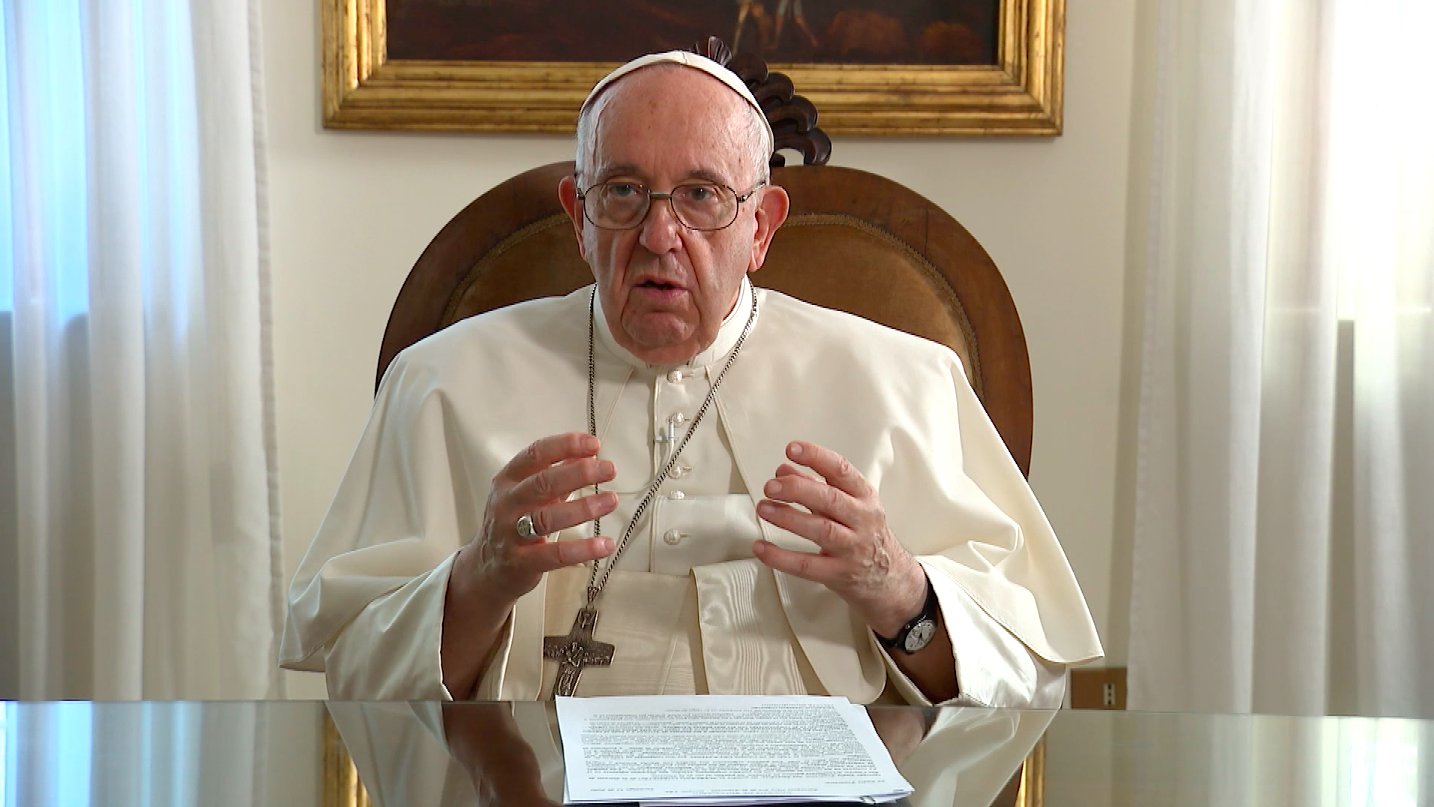 Photo Credit: CNS screen grab/Vatican Media - Pope Francis addresses participants of Hechos 29, a youth conference held in Monterrey, Mexico on evangelization in the digital age, in a video released Aug. 6. The pope encouraged young men and women to carry out their mission in the digital space "so that contemporary culture can know God by feeling him within you."

Christians must never give in to fear when evangelizing, especially when reaching out to those in need in the digital space, Pope Francis said.

“Do not be afraid to make mistakes,” the pope said in a video message sent Aug. 6 to participants of Hechos 29, a youth conference in Monterrey, Mexico, on evangelization in the digital age.

According to its website, the Aug. 5-6 conference is “an international meeting of digital evangelizers that seeks to awaken in all participants (the desire) to become and to build up the church.”

In his message, the pope greeted the young men and women attending Hechos 29 and said the meeting was “an important initiative for missionary work in digital environments.”

“May this meeting help you to feel like a community, as part of the missionary life of the church, which has never been afraid to go out to meet new horizons and frontiers. And, with creativity and courage, announce the mercy and tenderness of God,” he said.

Recalling his address to church leaders during his July 24-30 visit to Canada, the pope emphasized the need to “find new ways to proclaim the heart of the Gospel to those who have not yet encountered Christ.”

Modern-day evangelizers, he said, must use “pastoral creativity to reach people where they live, not waiting for them to come, but where they live, discovering opportunities for listening, dialogue and encounter.”

“The Lord knocks on the door to enter within us, but how often does he knock on the door from the inside, so that we may let him out,” the pope said.

Pope Francis encouraged the young evangelizers to carry out their mission and to be good Samaritans in the digital space, “so that contemporary culture can know God by feeling him within you.

“Go and bring the hope of Jesus, especially to those who are farthest away, giving them reasons for their hope,” the pope said. “May your words be accompanied by charity, and may your virtual presence strengthen your physical presence, so that the network may generate communion, which makes Jesus present in your culture.”