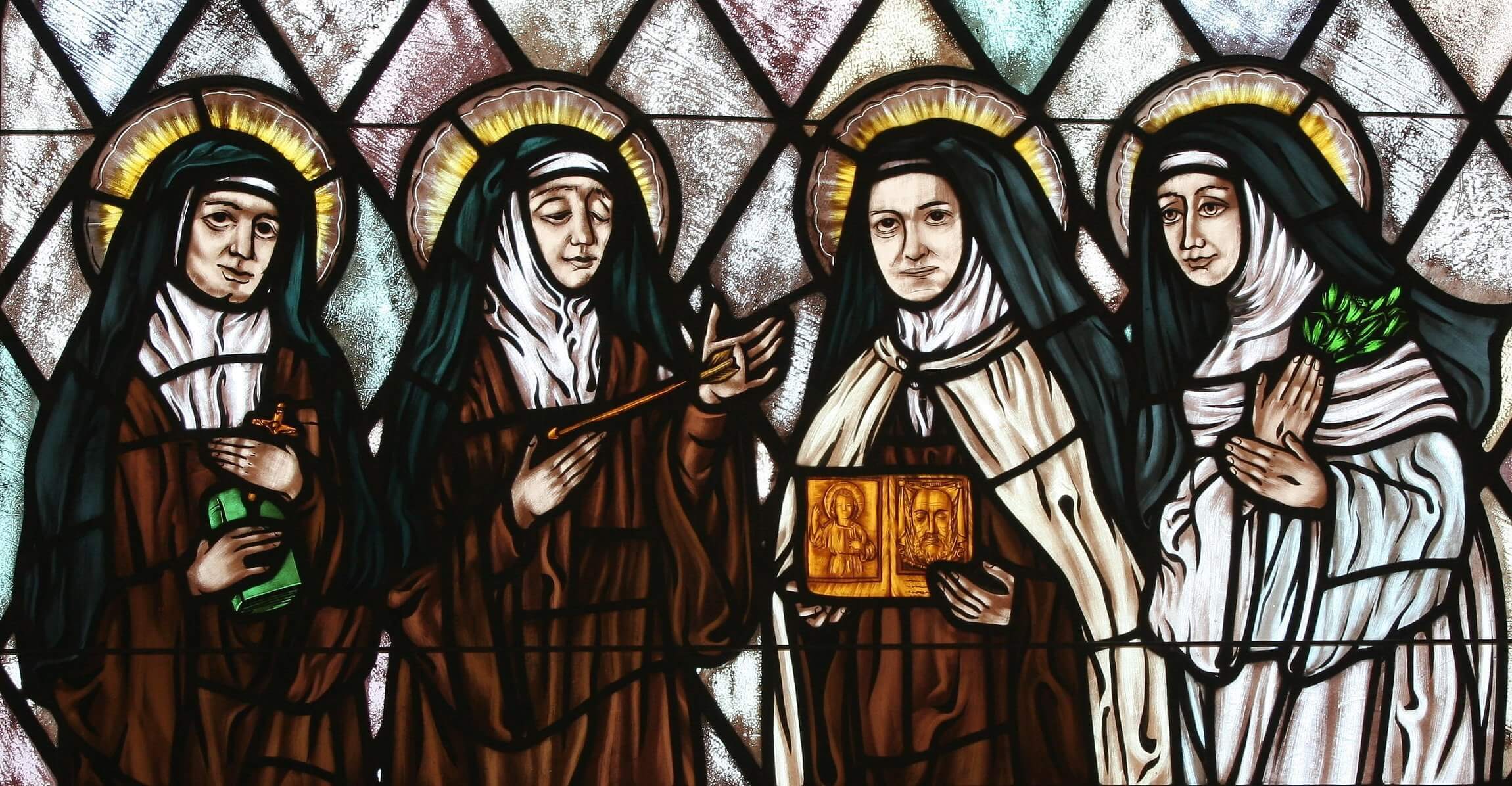 Photo Credit: CNS/Gregory A. Shemitz, Long Island Catholic - Sts. Edith Stein, Teresa of Ávila, Therese of Lisieux and Catherine of Siena are represented in stained glass at St. Thérèse of Lisieux Church in Montauk, New York. The Catholic Church needs women saints, Pope Francis said in a message to a conference in Rome on "Women Doctors of the Church and Co-Patronesses of Europe."

The Catholic Church needs women, especially women saints, who have shown throughout history an unwavering dedication to God and to caring for their brothers and sisters, Pope Francis said.

The women honored as doctors of the Church and as co-patrons of Europe, he said, are examples of “the courage to face difficulties; the capacity for being practical; a natural desire to promote what is most beautiful and human according to God’s plan; and a far-sighted, prophetic vision of the world and of history, that made them sowers of hope and builders of the future.”

Pope Francis made his comments in a message March 8 to a conference at Rome’s Pontifical Urbanian University on “Women Doctors of the Church and Co-Patronesses of Europe.”

The teaching and example of the seven women, he said, “can offer light and hope to our fragmented and fractious world.”

While they lived at different times, in different countries and had “very different missions,” the pope said, they each offered an example of a holy life.

“Through the grace of baptism, they were docile to the Spirit and pursued their own journey of faith, moved not by shifting ideologies but an unwavering adherence to the ‘humanity of Christ’ that permeated their lives,” the pope wrote.

Sometimes they “felt incapable and limited, ‘little women,’ as Teresa of Ávila would say, faced with an undertaking that surpassed them,” he said, but they drew strength from the love of God and followed their vocations on “a path accessible to all: that of holiness in daily life.”

While the world today demands that “the dignity and intrinsic worth with which the creator endowed them be restored to all women,” the Church also recognizes that it needs their gifts and full involvement, he said.