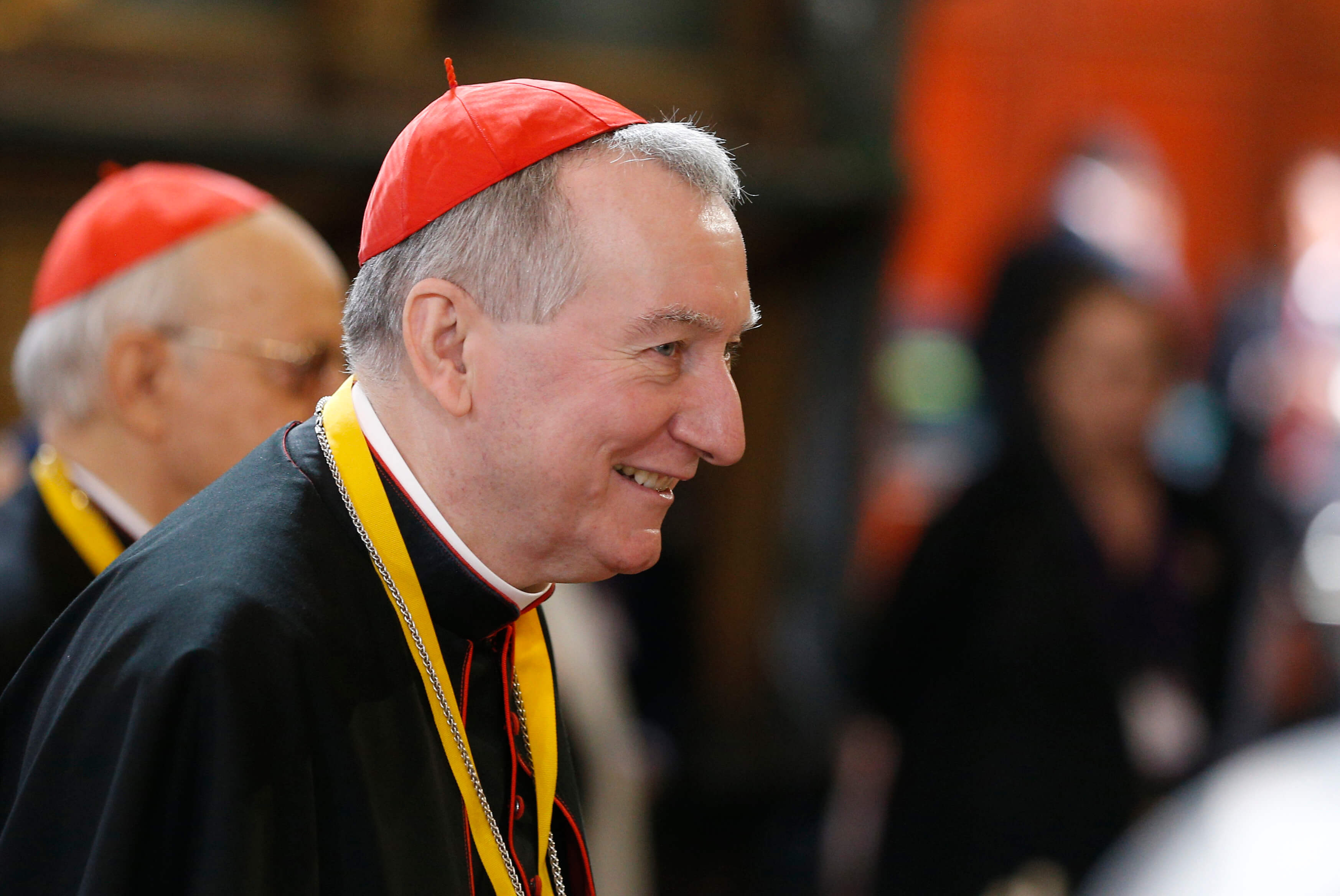 Photo Credit: CNS/Paul Haring - Cardinal Pietro Parolin, Vatican secretary of state, says that in a world where many are often marginalized and discriminated against, the message of Jesus' love must continue to be proclaimed.

In a world where many are often marginalized and discriminated against, the message of Jesus’ love must continue to be proclaimed, a Vatican official wrote on behalf of Pope Francis.

In a message sent Aug. 16 to the 40th Meeting in Rimini, an annual event sponsored by the Communion and Liberation movement, Cardinal Pietro Parolin, Vatican secretary of state, said that countless men, women and children, especially those fleeing war and poverty, “are often treated as statistics and numbers” rather than as human beings with faces, names and stories.

The theme of the Aug. 18-24 meeting -—”Your name was born from what you gazed upon” — was inspired by a poem written by St. John Paul II which referred to St. Veronica who, according to legend, wiped the face of Christ on his way toward Calvary.

“In an age where people are often faceless, anonymous figures because they have no one to look at, the poetry of St. John Paul II reminds us that we exist because we are connected,” Cardinal Parolin wrote.

Reflecting on the event’s theme, the Vatican secretary of state said that only by “fixing one’s gaze upon Jesus’ face and attaining familiarity with Him” can Christians be purified and prepared “to look at everything with new eyes.”

“By meeting Jesus, by looking at the son of man, the poor and the simple found themselves, they felt profoundly loved by an immeasurable love,” the cardinal wrote.

This experience, he added, is what makes Christians “a presence in the world that is different from all others” because of their calling to be mirror images of Christ in the world.

“This is the origin of the profound joy that nothing and no one can take away from us: our name is written in the heavens, and not for our merits, but rather because of a gift that each of us has received through baptism. It is a gift that we are called to share with everyone, without exception. This means being missionary disciples,” he wrote.

Conveying Pope Francis’ best wishes for the annual event, Cardinal Parolin expressed the pope’s desire that in celebrating its 40th anniversary, the Rimini meeting “will always be a hospitable place where people can talk face to face.”