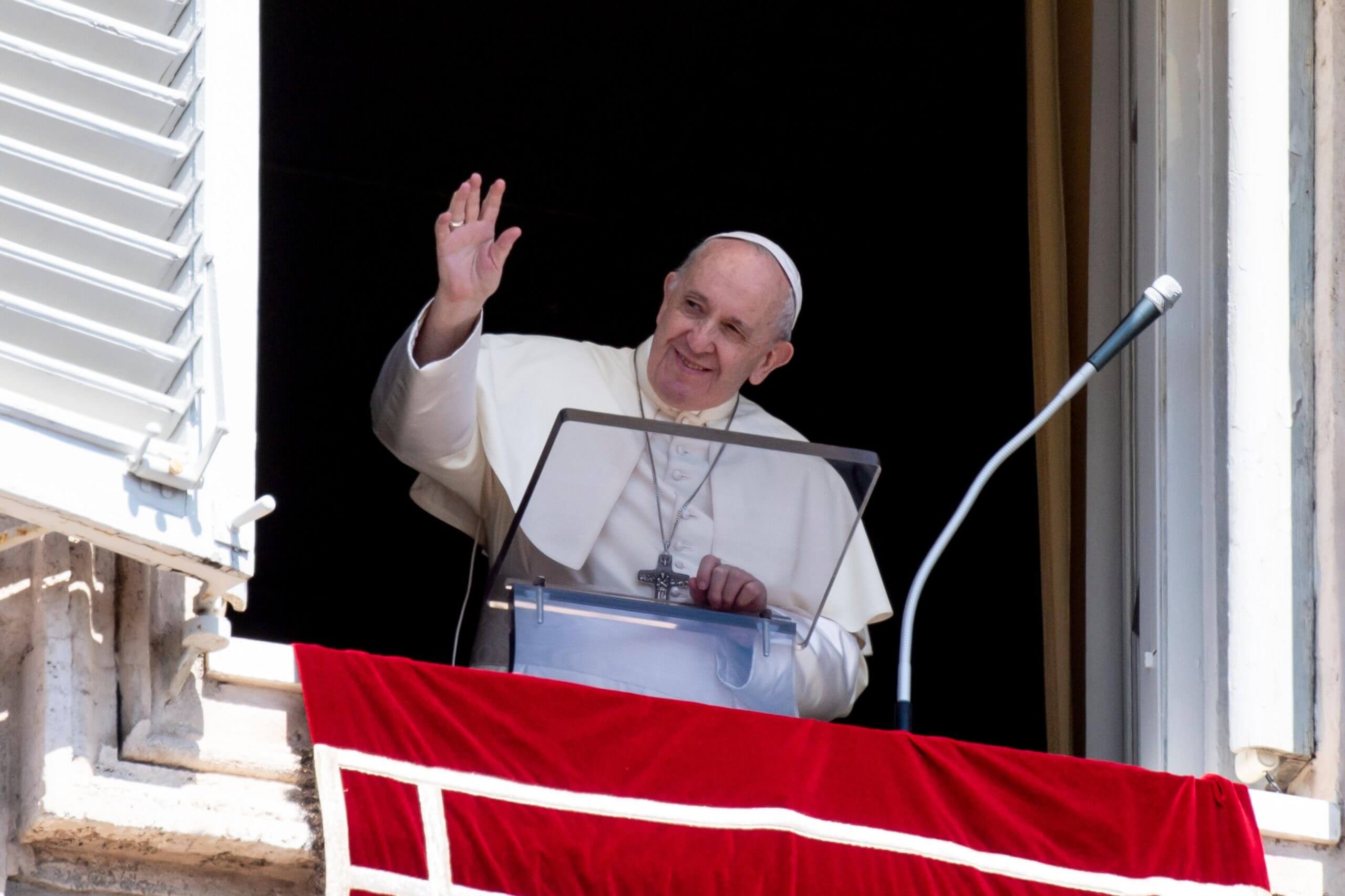 Photo Credit: CNS/Vatican Media - Pope Francis greets the crowd as he leads the Angelus from the window of his studio overlooking St. Peter's Square at the Vatican Aug. 23.

Charity is path to perfection when done for Jesus, pope says

The central focus of a Christian’s life and all he or she does to help others must be Jesus Christ, Pope Francis said.

“Christian charity is not simple philanthropy but, on the one hand, it is looking at others through the eyes of Jesus Himself and, on the other hand, seeing Jesus in the face of the poor,” the pope said Aug. 23 before reciting the Angelus prayer with visitors in St. Peter’s Square.

Pope Francis focused on the day’s Gospel reading, Mt 16:13-20, in which Jesus asks the disciples, “Who do people say that the Son of Man is?” and then asks them, “But who do you say that I am?”

The disciples seemed to have a ready answer to the first question, the pope said. “The apostles liked talking about people, as we all do. We like to gossip. Speaking of others is not so demanding, which is why we like it.”

But, he said, when asked who they thought He was, the disciples seemed to pause.

“If I were to ask you now, ‘Who is Jesus for you?’ there would be a little hesitation,” the pope told people in the square.

Simon Peter gets the disciples off the hook by responding, “You are the Christ, the son of the living God.”

And, the pope said, Jesus points out that Peter did not come up with that answer all by himself, but that it was revealed to him by God.

“To confess Jesus is a grace from the Father,” the pope said. “To say that Jesus is the son of the living God, that He is the Redeemer, is a grace that we must ask for: ‘Father, give me the grace to confess Jesus.'”

After Peter makes his profession of faith, Jesus calls him the rock upon which he will build the Church. The pope said, “The Church goes forward always on the basis of Peter’s faith, that faith that Jesus recognizes (in Peter) and which makes him the head of the Church.”

With so “many forms of poverty and crises” everywhere, he said, Christians are right to see charity as “the high road of the journey of faith, of the perfection of faith,” the pope said. “But it is necessary that works of solidarity, the works of charity that we carry out, not divert us from contact with the Lord Jesus.”