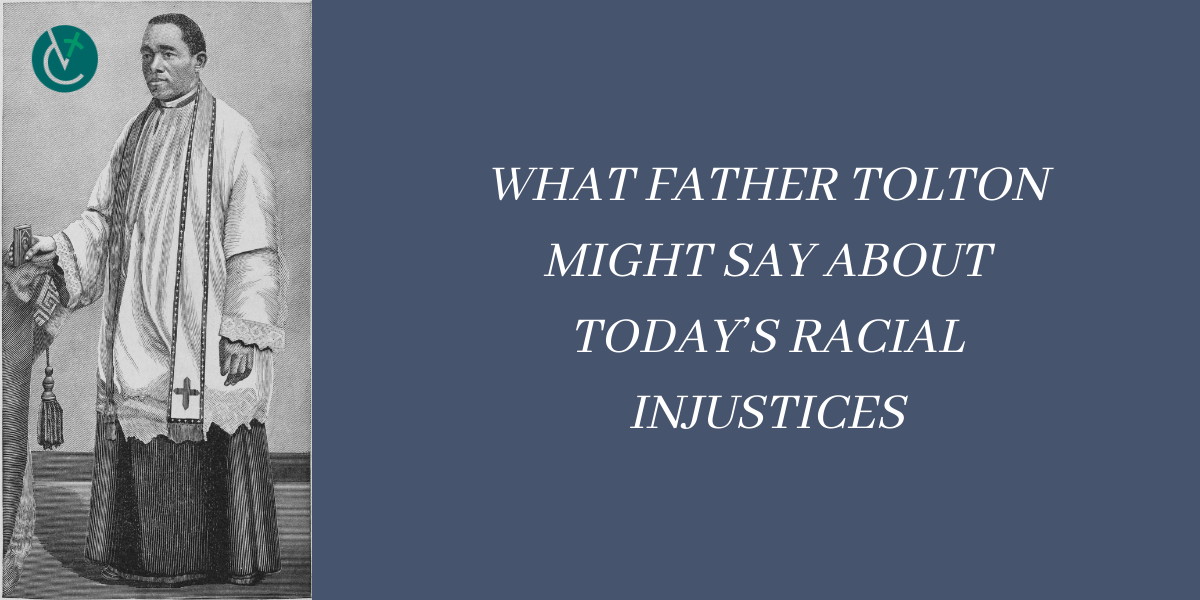 What Father Tolton might say about today’s racial injustices

Father Augustus Tolton, the first identified Black priest ordained for the United States, would likely be disappointed by what he sees going on in the United States today, said Father David Jones, pastor of St. Benedict the African Parish in Chicago.

“I think ‘disappointed’ is a key word. I think people can understand that and it helps to tie into the frustration that Black people are feeling and always experiencing,” Father Jones said.

The Archdiocese of Chicago opened Father Tolton’s cause for canonization in 2010, and Pope Francis declared him “venerable” in last year, after a theological commission unanimously recognized his “virtuous and heroic life.” Two steps of the process remain — beatification and canonization.

As the first Black priest ordained for the United States, Father Tolton struggled against rampant racism in the years following the Civil War but was known for bringing people of all races together. For that, he was persecuted by his brother priests and people in the white community of Quincy, Illinois.

The priest, also known as Augustine, was born into slavery in 1854 and died in 1897. He was denied access to seminaries in the United States after repeated requests, so he pursued his education in Rome at what is now the Pontifical Urbaniana University.

In many ways, the unity Father Tolton worked for is still out of reach in the Church and society, Father Jones said.

“We sit in churches on Sundays and we’re OK with how segregated we are in church,” he said. “That shouldn’t be. We shouldn’t be OK.”

The priest pointed out some basic steps that could be done to address this problem, beginning with liturgical music.

“You know we have very little in our Catholic resource of liturgical music for pastoral purposes that comes from African American composers. So, we always, from this part of the world, have to go the Protestant community to get music and fit it into a Catholic liturgy,” Father Jones said, before adding: “We can do better than that.”

Father Tolton’s example of welcoming people of all races to Mass also makes sense to Father Jones, who acknowledges the Church still has work to do in this area.

He said even now “there are still lots of (Black) folks who are Catholic who tell you the stories about what was said to them when they tried to go to Mass at a certain parish.”

Chicago Auxiliary Bishop Joseph N. Perry, postulator of Father Tolton’s canonization cause, believes Father Tolton can be an example for people during this time of racial division.

“In him, I think we see a priest-pioneer of reconciliation,” Bishop Perry said.

Bishop Perry said one area where the Church could effect change is “spatial racism,” which relegates poor people of color to living in certain neighborhoods.

—Joyce Duriga is editor of the Chicago Catholic, newspaper of the Archdiocese of Chicago.