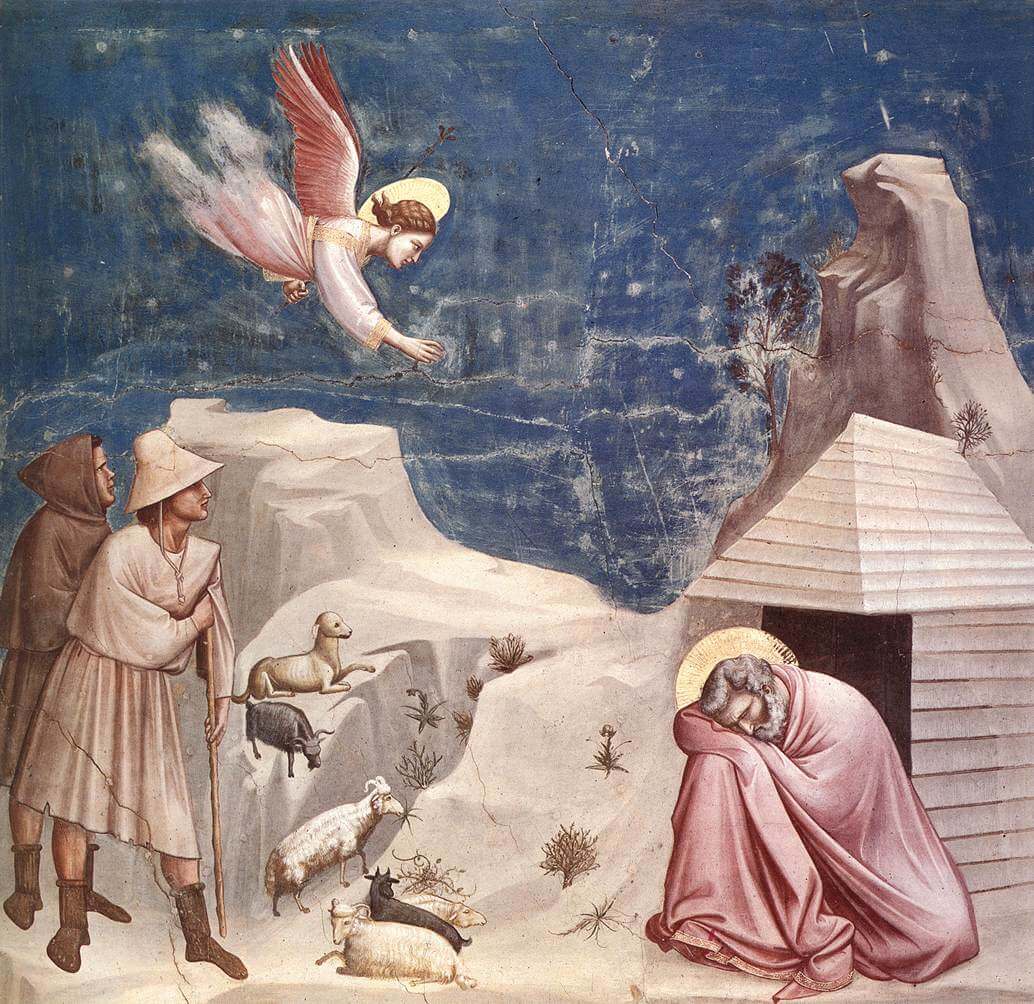 Photo Credit: Image from wikiart.com, in the public domain

I hope you’re ready for Christmas – Christmas in July that is!

I always assumed that this rather cheeky celebration was created in our homes for the elderly as way of helping us temporarily escape the heat of summer. But it has a significant history and a worldwide following!

Christmas in July was the brainchild of Fannie Holt, founder of a North Carolina summer camp.

As the Great Depression was nearing its end, Holt thought it would be fun for her young campers to celebrate Christmas – complete with a visit from Santa – on July 25, 1933.  Her idea not only became a tradition at the camp, it has also evolved into a popular celebration from the United States to Australia and South Africa.

A blogger recently suggested that this phenomenon is likely to evolve this year as parents look for ways to make up for the disappointments of last Christmas. The Church, however, has given us the opportunity to make July 25 special in an entirely new way as we celebrate the first-ever World Day of Grandparents and the Elderly precisely on that day.

Just as our annual observance of Christmas focuses our attention on Jesus, Mary and Joseph, the choice of date for this this new celebration leads us to reflect on the Holy Family as an “extended,” multigenerational reality – for Pope Francis has chosen the Sunday closest to the feast of Sts. Joachim and Anne, the grandparents of Jesus, to honor our own grandparents and the other elders in our communities.

Our Holy Father chose a curious and somewhat sad image to express his sentiments for the day. It is a medieval fresco called the Dream of Joachim, by Giotto.

“Tradition has it that St. Joachim, the grandfather of Jesus, felt estranged from those around him because he had no children,” the pope wrote. “His life, like that of his wife Anne, was considered useless.” How sad!

“So, the Lord sent an angel to console him,” the pope continued. “While he mused sadly outside the city gates, a messenger from the Lord appeared to him and said, ‘Joachim, Joachim! The Lord has heard your insistent prayer.”

According to the tradition, the angel assured Joachim that his wife would bear him a daughter, to be called Mary, who would miraculously bear the Son of the Most High.

“Even at the darkest moments,” Pope Francis wrote, “the Lord continues to send angels to console our loneliness and to remind us: ‘I am with you always.’ He says this to you, and he says it to me. That is the meaning of this day. … May every grandfather, every grandmother, every older person, especially those among us who are most alone, receive the visit of an angel!”

Pope Francis’ message reminded me of a conversation I had with a group of our elders shortly before the pandemic. Preparing a booklet intended to help new residents adapt to life in our homes, I asked the group what they felt was the most important thing to communicate to newcomers.

Expecting them to point out a few bits of necessary information like the daily schedule or key locations in the building, I was stunned at their response. “Tell them they are wanted here, that they are loved,” the most experienced resident quickly responded, as the others nodded in agreement. “That’s all they really need to know.”

Tell them they are loved and wanted – I think that’s precisely what the Holy Father wants this special day to be all about.

He knows that at times older persons feel lonely or useless. They sometimes feel rejected, or that they are a burden to others.

“The Church cannot and does not want to conform to a mentality of impatience, and much less of indifference and contempt towards old age,” Francis wrote in “Amoris Laetitia.”

On the contrary, “We must awaken the collective sense of gratitude, of appreciation, of hospitality, which makes the elderly feel like a living part of the community. … How I would like a Church that challenges the throw-away culture by the overflowing joy of a new embrace between young and old!” he wrote.

The Church recognizes the difficult circumstances in which we are living due to the pandemic. She is suggesting a simple way of nurturing intergenerational solidarity this July: celebration. “The way chosen is to have an occasion of joyful celebration together … seniors and young people together: parents and children; grandparents and grandchildren; people who may not belong to the same family.”

With these wishes in mind let’s find a new way of celebrating Christmas in July. And let’s remind the elders you know that they are wanted and loved!

—Sister Constance Veit is director of communications for the Little Sisters of the Poor.