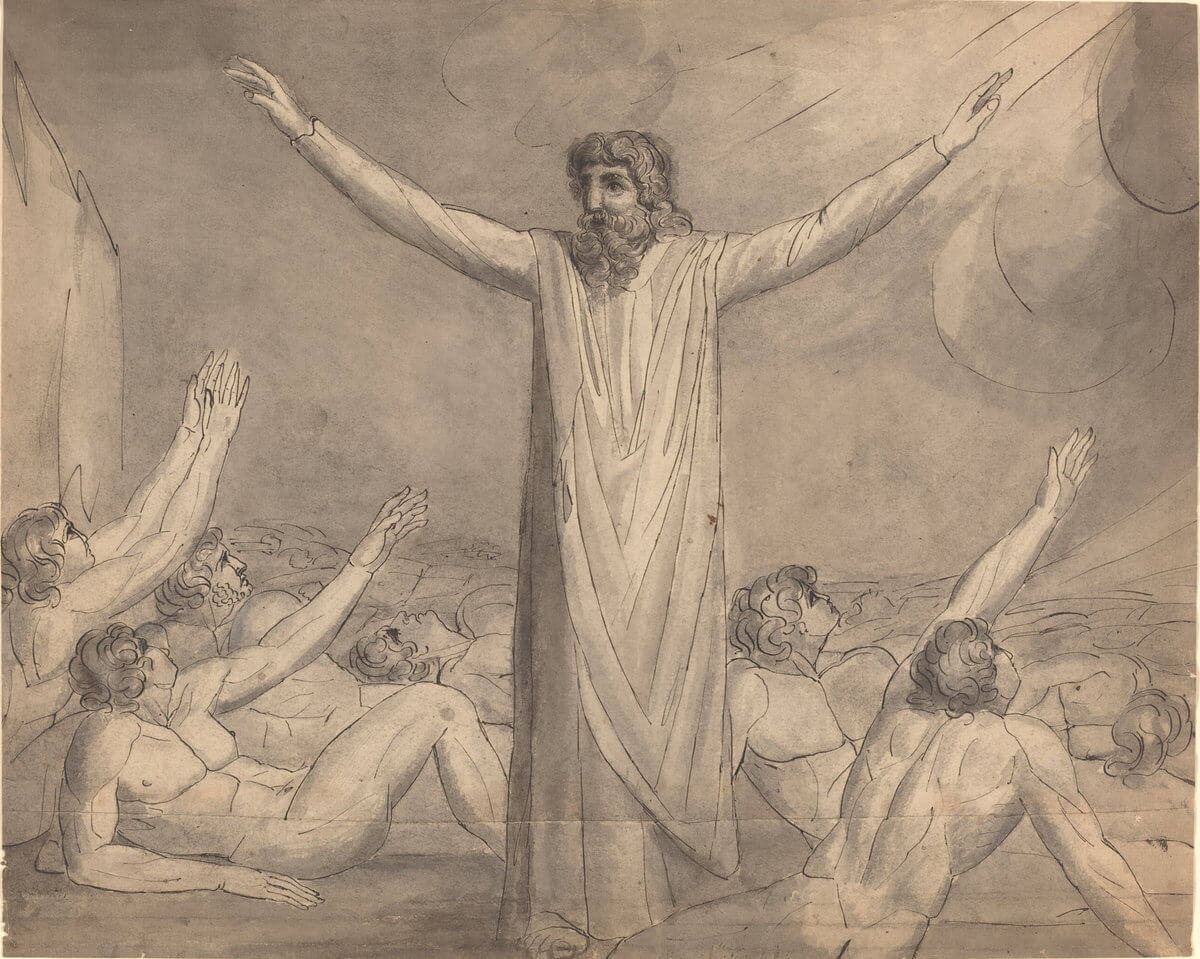 Times of trauma: Old Testament is a go-to guide for coping

When the difficulties and uncertainties of the coronavirus pandemic were at their height in Italy this past spring, one Vatican cardinal defined the snowballing crisis as a form of “trauma.”

When asked by the reporter what was needed to confront this challenge, Cardinal Gianfranco Ravasi, head of the Pontifical Council for Culture and a renowned biblical scholar, said he was finding some important insight in a book by a highly respected U.S. scholar, David M. Carr, titled “Holy Resilience: The Bible’s Traumatic Origins.”

In his 2014 book, Carr — a professor of the Old Testament at the Union Theological Seminary in New York, a Protestant and part of the editorial board of the Catholic Biblical Association’s quarterly publication — looks at how trauma gave birth to the Bible and how its texts reveal the strength and resiliency of individuals and communities in enduring suffering and disaster.

Cardinal Ravasi said in that April interview with La Repubblica that this concept of seeing the Bible through this lens of resilience “may now have significance for us, too.”

“The Bible as a whole is, in many ways, a product of dealing with collective catastrophes,” everything from pandemics to forced migrations, said Jesuit Father Dominik Markl, a scholar at Rome’s Pontifical Biblical Institute.

Instead of one simple message, the Bible is “a library produced over a millennium with multiple and often diverging responses to very difficult situations,” he told Catholic News Service.

He and another biblical scholar, who both spoke to CNS via Skype in mid-July, said this moment of great upheaval should serve as a strong impetus for people to pick up and read the Old Testament, which most Catholics are not always deeply familiar with.

The Old Testament, also known as the Hebrew Bible, can also be difficult to decipher and digest, said Mahri Leonard-Fleckman, an assistant professor of religious studies at the College of the Holy Cross in Massachusetts.

She said normally, many of her students have great difficulty trying to find anything to like or appreciate about the darker texts, particularly Ecclesiastes, which — if read superficially — seems to be saying, “there is no point to life.”

So while most students just “hate this book,” she said, “something completely flipped” with her spring semester students who, like everyone, suddenly found themselves in the maelstrom of a pandemic.

Now facing radically different and uncertain circumstances, they said they loved the text, “it spoke to them, it was just real and this was exactly what they were feeling,” she said.

“That was a really remarkable testament to how much the Hebrew Bible can really speak to us in times like this,” she said.

For example, she said the vast majority of the Book of Job “is just simply Job crying out in pain.”

His friends urge him “to come to grips” with what is happening, but there is no real reason for his suffering and “no proper human response to his suffering” either, she said.

What finally soothes him, she said, is God telling him, “Reorient your perspective so that you are not at the center, but … I am at the center, so that the vastness of the universe is at the center, put your suffering in the midst of that.”

God never explains or gives Job answers, but Job “seems like he is calmed by simply experiencing God,” she said.

The complexity and lack of clear answers in the Old Testament is “not always helpful, but I think right now, where we are, it is,” Leonard-Fleckman said.

It is not a call for being passive, she added, it shows people it’s alright to let themselves feel what is happening, “to grapple with it and to let them know” horrible, inexplicable things happen.

Father Markl said the biblical authors offer “a voice to those who suffer,” using strong language to express hardship, not repress it.

And experiencing great trauma and catastrophe can also open the door to real conversion, he added.

For example, he said it became clear during the Babylonian exile that “everything has broken down that had been our identity” and there was a feeling “that we cannot, there is no way of going ahead as we have been used to.”

Conversion becomes that moment when “we absolutely understand we need to change and that this is a painful and difficult process” because it demands being willing to “question one’s own concepts or concepts we take for granted,” including “what we consider to be our identity.”

Knowing what this change entails — such as fighting and resisting or surrendering and letting go, for example — requires prayer, Father Markl said.

Dialogue with God is “multifaceted,” he said, and a person can be in “fighting mode,” confused or feeling abandoned, but, in the Old Testament, they always remain in dialogue with God; even Jesus, who gives up his spirit on the cross, “he gives it up in dialogue.”

Only the individual in prayerful dialogue can discern what is being asked of them, he said, but it must be an honest dialogue that takes into account “what is important to God,” not just oneself.

This moment of great crisis “forces us to think more deeply about what society is about, about how we can help each other.”

All Christians should be examples of people who are aware and advocate “not for ourselves, but really for the good of humanity.”