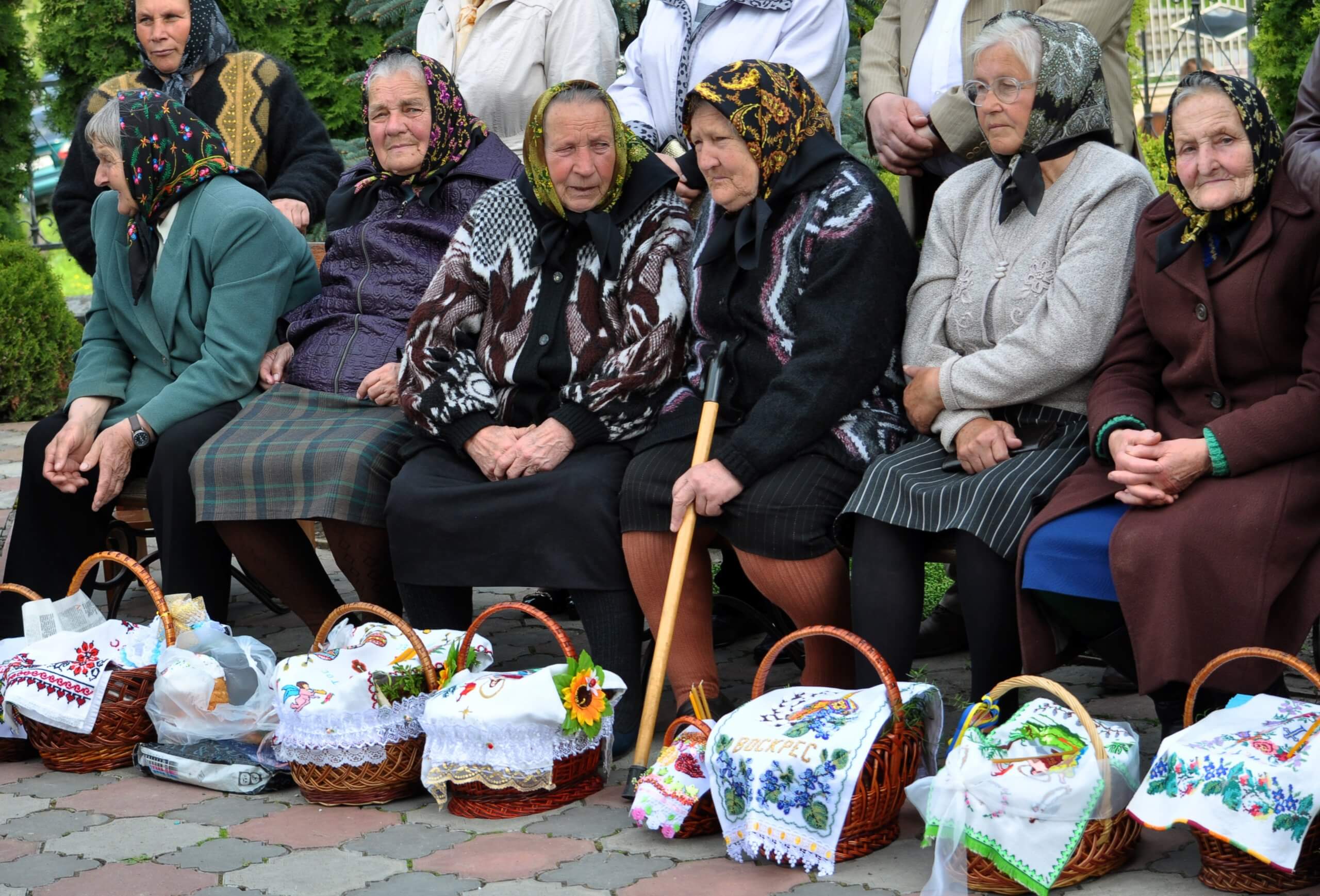 The elderly and victims of war

Many years ago, I watched an older woman making Ukrainian Easter eggs at an international crafts fair. The complex process, intricate patterns and bright colors fascinated me, so I purchased a kit and spent time during Lent trying to master the traditional art of “pysanky,” as the eggs are called.

I learned that pysanky symbolize Christ’s resurrection, hope, new life and prosperity. They are traditionally made during the last week of Lent by the women of the village who work at night as their children sleep. Prayers are said as the intricate designs are drawn on eggs with beeswax, each line bearing an intention for the person destined to receive the egg.

In this way, one author noted, the creation of pysanky becomes a contemplative practice similar to praying the rosary.

Egg dyeing is just one of many traditions of which millions of Ukrainians will be deprived this Easter. The same author suggested that the making of pysanky would be a good way for people around the world to show solidarity with the Ukrainian people.

Although it’s a little too late for me to get started on a big pysanky project, it’s never too late to pray and offer sacrifices for the suffering people of Ukraine.

It is often said that women, children and the elderly are the first victims of war.

As a Little Sister of the Poor, I naturally focus on the plight of seniors. My heart aches as I think of the Ukrainian grandmothers who should be busy at home making pysanky, paska – Easter bread – and other traditional dishes for their families. I can’t imagine where they find the strength to endure as they hide in basements or board refugee buses bound for unfamiliar destinations, carrying their possessions in sacks and plastic bags.

The worn, tear-stained faces of these women follow me throughout the day.

Every day I see media reports in which elders weep at the loss of their sons and daughters, their homes and everything they hold dear. After surviving the second World War and a Soviet-inflicted famine in their youth, they cannot believe that such carnage is again visiting their homeland.

In March Pope Francis suggested that as much as they are suffering, the elderly have an invaluable contribution to make during tragic times. Like Moses, he said, “The elderly see history and pass on history.”

“An old age that is granted this clarity is a precious gift for the generation that is to follow. Listening personally and directly to the story of lived faith, with all its highs and lows, is irreplaceable. Reading about it in books, watching it in films, consulting it on the internet … will never be the same. There is a tone and style of communication to direct, person-to-person storytelling that no other medium can replace. An older person, one who has lived a long time, and receives the gift of a lucid and passionate testimony of his or her history, is an irreplaceable blessing.”

The pope asserts that great social challenges and peace processes call for dialogue between the keepers of memory – the elderly – and the young, who move history forward. “Each must be willing to make room for others. … Encounter and dialogue between generations should be the driving force behind a healthy politics.”

“I can give a personal testimony,” the pope said. “I learned hatred and anger for war from my grandfather, who fought at the Piave in 1914, and he passed on to me this rage for war. Because he told me about the suffering of a war. And this isn’t learned in books or in other ways … it’s learned in this way, being passed down from grandparents to grandchildren. And this is irreplaceable. The transmission of life experience from grandparents to grandchildren. Today, unfortunately, this is not the case, and we think that grandparents are discarded material: No! They are the living memory of a people, and young people and children ought to listen to their grandparents.”

It is clear from the abundant media coverage that Ukrainians do not discard their elders. Families are suffering together, and they will rise from the rubble together.

Let us thank God for their heroic example and pray that their resurrection may come as quickly as possible.

—Sister Constance Veit is the communications director for the Little Sisters of the Poor in the United States and an occupational therapist.