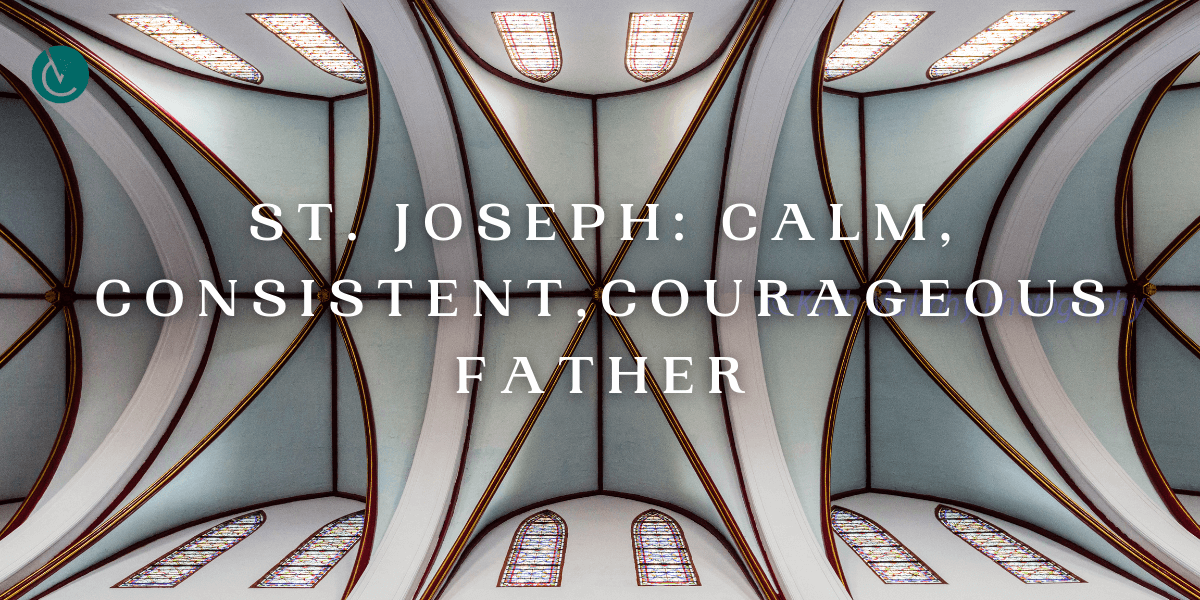 St. Joseph was a great father simply because he did what he needed to do.

Have you ever known or worked alongside someone who consistently did a good job? These people are the quiet workers who are sometimes overlooked because they do not command much attention. They are always there, always on time, always pleasant and always ready to do their job. It is easy to take them for granted. In this same way St. Joseph was quietly consistent, and it was easy to overlook him. And therein lies his greatness — man who lived his life in the shadows of the lives of Jesus and Mary.

St. Joseph did what he was called to do. He accepted the Blessed Virgin’s fiat.

St. Joseph’s actions spoke so loudly that there was no need to record any of his spoken words in the Bible. His is a powerful, yet silent, presence.

In the Bible, every time we encounter St. Joseph, he is in a crisis situation. In this respect, he is a shining role model for fathers dealing with a crisis or challenging pregnancy.

Can you imagine being awakened in the middle of the night by an angel and being told to immediately move your family to another country? Joseph was a strong, determined man. He found work to support his wife and child in a new country far from home.

St. Joseph embodies acceptance and resilience. In “Patris Corde,” Pope Francis’ apostolic letter, he writes that Joseph’s acceptance can be seen as fortitude, a gift of the Holy Spirit. Fortitude is courage, strength to overcome difficulties, bravery and toughness.

He gives hope to those men who find Father’s Day a painful time, those who are alone, never had children or grieving the loss of a child.

St. Joseph is patron saint of fathers, pregnant mothers, unborn children and immigrants. Though not a single word of St. Joseph was recorded in the Bible, his presence in the lives of the Blessed Virgin and Christ Child is palpable.  Calm, consistent, courageous, steady and protective, St. Joseph was presented with the most dreadful situations. He accepted his circumstances. He found a way.

— Phyllis Harkonen is respect Life coordinator for the Diocese of Burlington.