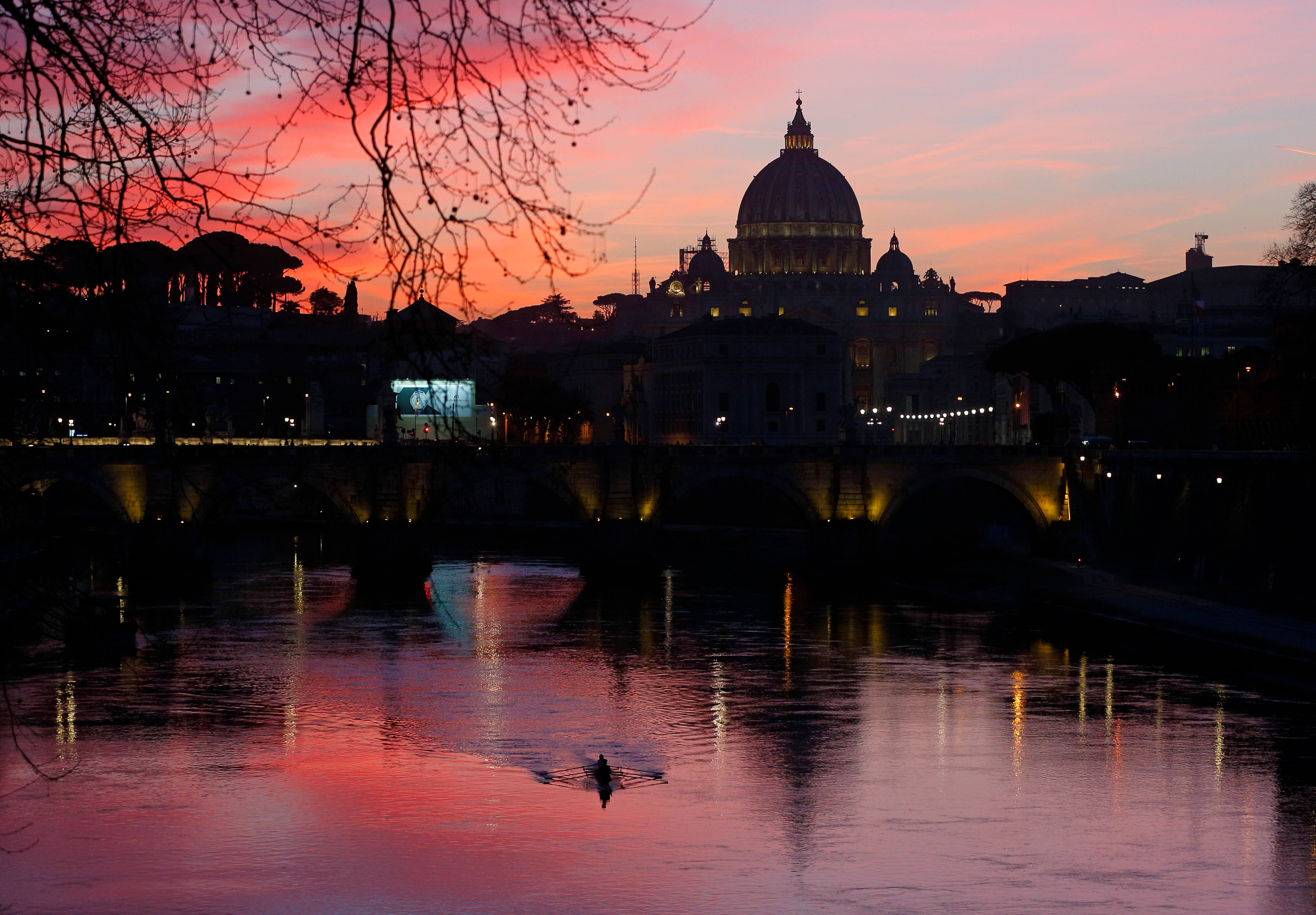 Photo Credit: CNS/Paul Haring - St. Peter's Basilica is seen across the Tiber River as the sun sets in Rome.

So you want to be a disciple?

If you’re serious about becoming a disciple, then you’re going to have to be prepared for things to get messy.

Likely you have some idea of what it means to follow Jesus; you may even have crafted a few (holy) scenarios in your head of what it’s going to look like and how it’s going to happen. (And honestly, did you cast yourself in the role of hero? Even a little? Thought so.)

But I will let you in on a little secret; it will seldom go exactly as you planned because it turns out that God is the one doing the orchestrating, and He is extremely good at springing surprises. After all, He’s a lot better at knowing what will truly lead to our holiness than we do.

For starters, He has a habit of choosing the most unlikely candidates for discipleship and then asking the most unlikely things of them. To prove my point, let’s take a look at two examples, starting with St. Peter — a hotheaded, opinionated, impulsive man who often acted (wrongly) before thinking things through. No modern CEO in his or her right mind would have put him in charge of a department, much less the entire company. And yet, Jesus chose him to be the Rock of the Church over the more ethereal St. John, who, it would seem, was much more qualified.

Jesus, of course, saw something in Peter that Peter himself did not see. When Peter insisted, “Leave me Lord, for I am a sinful man,” Jesus countered with, “Come with me and I will make you a fisher of men.” Did He realize just how often, and how seriously, his friend would mess up? I suspect He did, but He also knew something else about Peter, something more important for the Kingdom of God — that he would have the humility to admit his mistakes, ask for forgiveness and then the courage to pick up his cross and begin again.

I suspect that Jesus was well aware that, as a Church, it was Peter’s example we would need, and He made sure we had it.

Then there’s St. Paul — who was so very, very certain that in persecuting the early Christians he was doing the will of God. Jesus approved of the energy but knew that it needed redirecting, and so Paul was gifted with a soul-shattering experience on his way to Damascus that would change him forever. Nothing less would have done for a man like Paul, and Jesus knew that, just as He knew that, once set on the right path, Paul would never turn his back on his mission. Oh, he too would make mistakes — we all do — but he never once wavered in his commitment to the Christ. Considering how profoundly he changed the direction of the Church, only someone like St. Paul would do.

So you want to be a disciple? Then gird your loins; it’s going to be a bumpy, but wonderful ride.