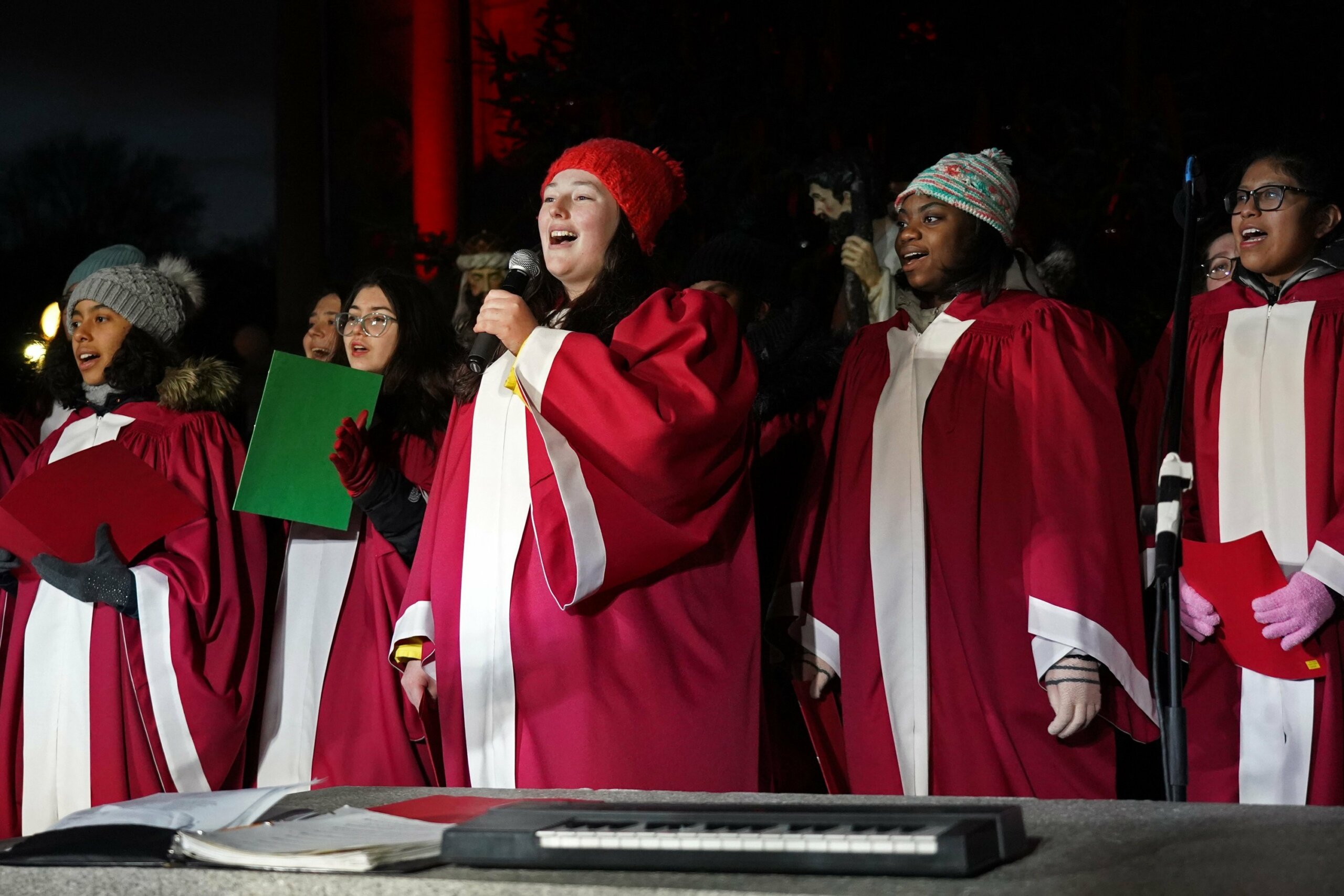 Photo Credit: CNS/Gregory A. Shemitz - Members of the gospel choir of St. Saviour High School in Brooklyn, New York, sing during the Diocese of Brooklyn's annual Christmas tree-lighting ceremony in 2019 at Grand Army Plaza in Brooklyn.

The Christmas carol “O Holy Night” ranked first in a list of hymns most played in December at Christian churches in the United States.

The list was compiled by Pushpay, which offers electronic giving options for churches and their congregants.

It asked its 15,000 subscribing churches last December what hymns they used that month, and released the results this Dec. 1. A Pushpay spokeswoman, Katie Griffin, could not supply a breakdown of Catholic parishes among those churches.

The top-10 list is filled with carols familiar to Catholics. Following the top three choices are, in order, “The First Noel,” “Joy To The World” and “Angels We Have Heard On High.”

Following those are two songs featured more in the repertoire of non-Catholic churches.

“Glorious Day,” which ranked seventh overall, was recorded by the contemporary Christian group Passion, featuring Kristian Stanfill on vocals. It is more of a salvation narrative without any lyrics taking note of the birth or infancy of Jesus. Still, the song’s official music and lyrics video has received 6.6 million views on YouTube.

There are several versions of the eighth-ranked song, “Goodness of God.” One video of the song has climbed up to 7 million YouTube views. The song is another in the Christian contemporary genre which focuses more on a first-person-singular, personal relationship with Jesus than a first-person plural voice found more often in Catholic hymnody.

Ninth is the gospel melody “Go Tell It On the Mountain,” which has found a home in many Catholic hymnals and parishes.

And, to prove that the list took into account all of December and not just the week beginning Dec. 25, winding up in the 10th spot was “O Come O Come Emmanuel,” an Advent song based on a chant melody familiar to Catholics not only in the United States but throughout the world.