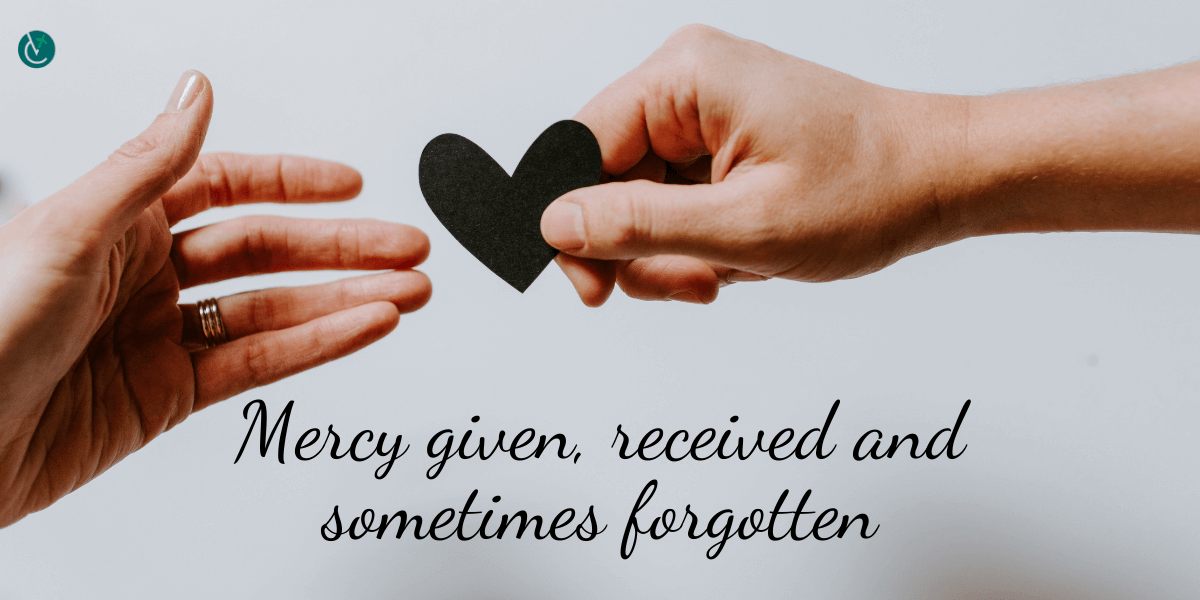 Mercy given, received and sometimes forgotten

It is in life’s vignettes that we often observe mercy given, mercy received and sometimes mercy forgotten.

It was just before closing at the food pantry when an older gentleman came through the door.   Quiet, almost shy, he told us that he was only picking up food for one.  “I live alone,” he said.  “My wife passed away last year.” He then reached out and handed us about five or six old plastic bags from a long-ago trip to the supermarket. “I thought these might help,” he said.  “You know, so people have something to bring their food home in.” He didn’t take much because “someone else with children might come in.”

Many years ago, when he was in high school, my older brother used to help the local funeral director, who was a friend of ours. His job mostly consisted of making sure chairs were set up, coats were taken and returned and things were kept tidy during calling hours. Most of the time it was OK, but one particular wake hit him rather hard. An elderly woman was burying her husband, and for a whole afternoon and evening she sat next to his casket, waiting.  No one showed up to sit with or comfort her.

I was on my way to work one morning, driving through one of the rougher parts of town. As I stopped at a light, I noticed a man, poorly dressed and not overly clean, pushing a grocery cart full of heaven-knows-what down the sidewalk. The thing that really caught my eye, however, was that he had a small American flag attached to the very front of the cart. When the light changed, he continued to trudge along, not seeming to notice anyone around him. When I later mentioned the incident to my husband – who served in Vietnam — he told me what was likely happening. “He’s a homeless veteran,” he said. “That cart was full of everything he owns.”

Her name was Paula, and she was the most exuberant person I’ve ever met. She was at the food pantry to fill in the gaps that SNAP benefits had left in the food budget that month. Paula was contagious; her joyful presence filled the little waiting room as she began to talk. She and her husband had once had everything, she told us. “What we didn’t have was any relationship with God,” she said.  But then the recession of 2008 hit them – hard — and by the end, they had lost nearly everything they owned. “For the first time in my life,” she said, “I started to pray, really pray. And that’s when I discovered Jesus. I learned that I needed to lose the other stuff so I could find Him. And I have never been happier.”  Then right there, we all joined hands as she led us all in a heartfelt prayer of thanksgiving, and suddenly, everyone’s day became very, very blessed.