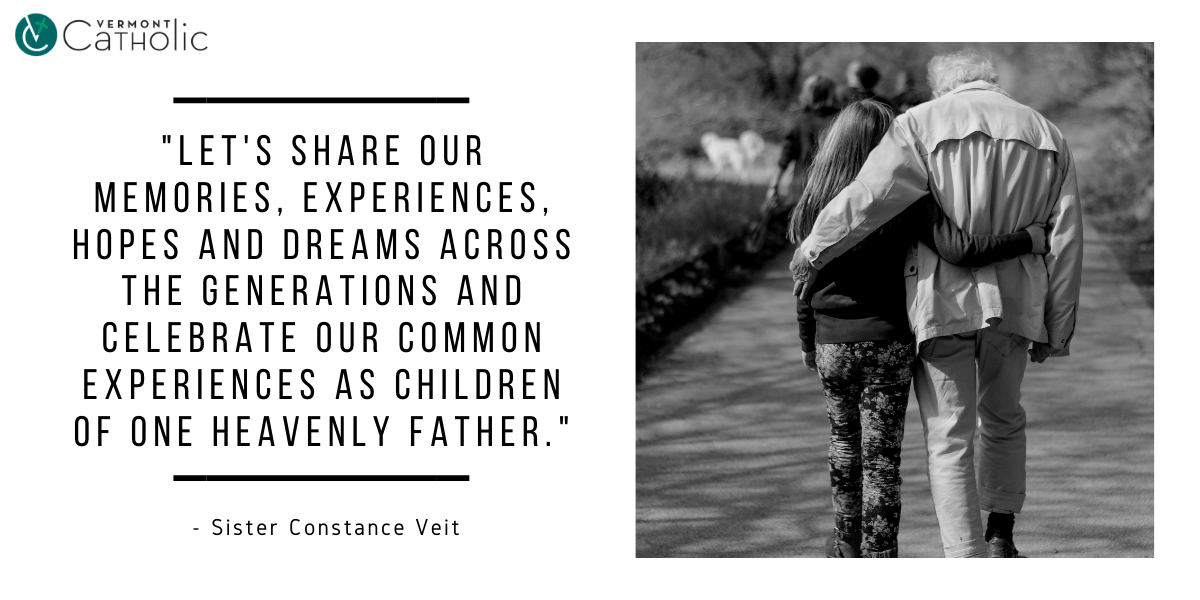 Learning to listen and listening to learn

This year we observed the 75th anniversary of D-Day, the massive invasion in Normandy, France, that led to the Allied victory in World War II. Extensive media coverage allowed us to participate in the events surrounding this anniversary from afar.

I was touched by several stories of French young people who tend the graves of the fallen at the Normandy American cemetery and of a group of high school students in North Carolina that raised $25,000 to send two veterans to Normandy for the celebrations.

I was especially struck by one of the speakers who suggested that we should honor the D-Day survivors and learn from them by listening to them and sharing with them. “A continual challenge that we must all acknowledge is that we must learn from the past,” he said. “And a great part of that is that we need to listen — to listen to those who fought, and importantly, to be continually reminded of why they fought.”

Listening in order to remember and learn from the past — this is also a constant theme in the writings of Pope Francis, especially “Christus Vivit,” his recent letter on young people.

Quoting from the Book of Proverbs, he encourages young people, “‘Listen to your father who begot you, and do not despise your mother when she is old.’ It is really a matter of being open to receiving a wisdom passed down from generation to generation,” he writes, “a wisdom familiar with human weakness and not deserving to vanish before the novelties” of our current culture.

Pope Francis tells seniors that they should be “memory keepers.” He envisions elders “as a permanent choir of a great spiritual sanctuary, where prayers of supplication and songs of praise support the larger community that works and struggles in the field of life.”

To young people Pope Francis says, “It is a good thing to let older people tell their long stories, which sometimes seem legendary or fanciful — they are the dreams of old people — yet are often full of rich experiences, of eloquent symbols, of hidden messages. These stories take time to tell, and we should be prepared to listen patiently and let them sink in, even though they are much longer than what we are used to in the social media. We have to realize that the wisdom needed for life bursts the confines of our present-day media resources.”

How well our Holy Father understands the tendency of our media-saturated culture to render us impatient and inattentive to those in whose company we find ourselves as we incessantly fix our eyes on our mobile devices.

But listening is a two-way street. The pope also tells older adults that they must know how to listen to the young and offer themselves as role models. He speaks of listening and accompaniment as charisms in the Church, gifts given to an individual for the good of all.

A group of delegates to last October’s Synod on Youth specified what they look for in role models. The qualities of a good mentor, they said, include: being a faithful Christian who engages with the Church and the world; someone who constantly seeks holiness; someone who is a confidant without judgment. Similarly, someone who actively listens to the needs of young people and responds in kind; someone deeply loving and self-aware; someone who recognizes his or her limits and knows the joys and sorrows of the spiritual journey.

The young people said that an especially important quality in mentors is “the acknowledgement of their own humanity — the fact that they are human beings who make mistakes — not perfect people but forgiven sinners. Role models should walk alongside youth, they said, respecting their freedom and nurturing seeds of faith, without expecting to see immediate fruits. Finally, “a mentor should believe wholeheartedly in a young person’s ability to participate in the life of the Church.”

As we find ourselves gathered with family and friends, let’s honor this ideal of listening in order to remember and learn from the past.

Let’s share our memories, experiences, hopes and dreams across the generations and celebrate our common experiences as children of one heavenly Father.

—Sister Constance Veit is director of communications for the Little Sisters of the Poor.