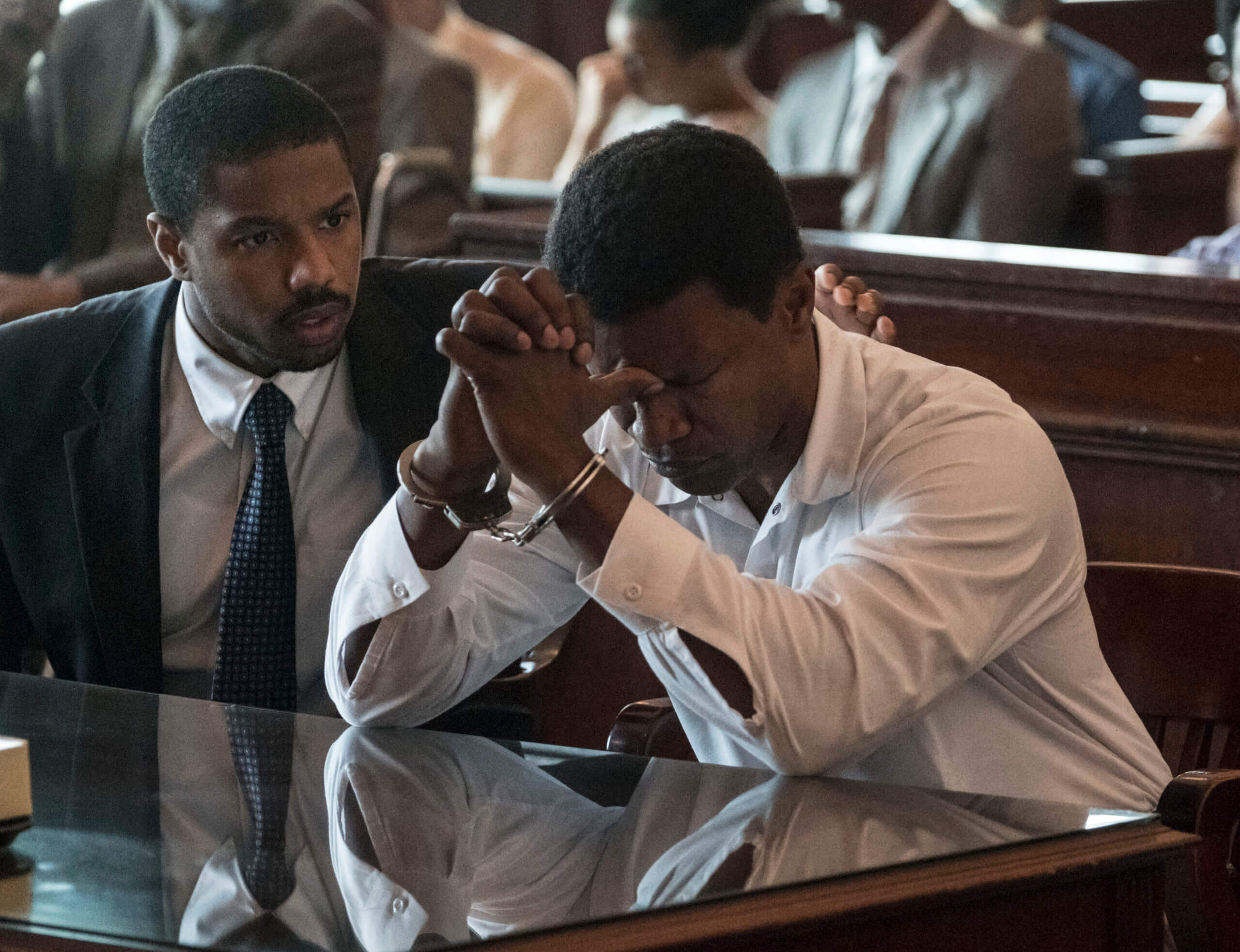 Michael B. Jordan and Jamie Foxx star in a scene from the movie "Just Mercy." The film "has the potential to wake up out of a slumber the part of society that either doesn't believe the death penalty is still in practice or chooses to ignore it," according to two leaders of the Catholic Mobilizing Network, founded 10 years ago to eliminate death penalty laws and executions.

The upcoming movie “Just Mercy” “has the potential to wake up out of a slumber the part of society that either doesn’t believe the death penalty is still in practice or chooses to ignore it,” according to two leaders of the Catholic Mobilizing Network, founded 10 years ago to eliminate death penalty laws and executions.

The “brilliance” of the movie is that “it does not need to actually show death to teach us a powerful lesson about the value of life. The film is a truth-teller about the grit and courage it takes to place hope over death,” said a joint statement from Krisanne Vaillancourt Murphy, the Catholic Mobilizing Network’s executive director, and Emma Tacke, its associate director of community engagement.

Vaillancourt Murphy and Tacke saw a November preview screening of the film intended for “faith leaders” across denominations. They also participated in a second such screening in December in Washington, where the network has its headquarters.

“Just Mercy” is based on the best-selling memoir by Bryan Stevenson, founder of the Equal Justice Initiative in Alabama. The movie focuses most of its energy on Stevenson’s (Michael B. Jordan) defense of black Alabama logger Walter McMillian (Jamie Foxx), who was sentenced to death for the murder of a white woman that he did not commit.

“The film’s most powerful characteristics are its ability to humanize the individuals who are on death row and illuminate the discrimination, mental illness, impoverishment and racial bias that commonly leads to a death sentence,” Vaillancourt Murphy and Tacke said.

“By humanizing individuals on death row and inviting us to bear witness to their crushing pain and suffering, ‘Just Mercy’ lays bare the reality that when we execute people we are devalue and cheapen all human life.”

“‘Just Mercy’ highlights the systemic racism that undergirds and props up not only the death penalty, but our country’s entire justice system,” Vaillancourt Murphy and Tacke said.

They added, “Every time we justify the use of the death penalty we lose a piece of our own humanity and make way for a society where vengeance is valued above true restorative justice.”

“It has one of the best descriptions of the doctrine of Brady v. Maryland, the requirement of discovery,” said Robert Dunham, executive director of the Death Penalty Information Center. “Vinny is touting how nice the prosecutor is who gave him a bunch of documents, and Mona Lisa says some profanity, then, ‘It’s discovery. He’s required to do it!’ It’s the first time I’ve ever seen that done so accurately: ‘You idiot! He has to do it!'”

From 1985 to the release date in 1992 of “My Cousin Vinny,” Alabama carried out eight executions: of six African Americans and of two whites. The victims: six whites and two African Americans. According to Dunham, Alabama in those years electrocuted condemned prisoners.

The Walter McMillian case is “entirely accurate,” Dunham told Catholic News Service in a Dec. 13 phone interview. “It’s not an unusual scenario. It’s still something we’re seeing repeated in the South. Rodney Reed (whose planned November execution in Texas was halted) had some very similar cultural issues. He’s framed by law enforcement for of a white victim. In this case, it’s a white woman with whom he’d been sleeping.

“In Walter McMillian’s case, the whole concept of improper interracial sexual relations is there because McMillian had been having an affair with a white woman. That kind of dynamic is one that we’ve seen throughout American history in the South, where black men are lynched because of their actual or perceived crossing racial boundaries by having or threatening to have relationships with white women.”

Dunham added, “When we look at the laws on rape in the South, rape was punishable by death, whether or not the victim died, but in the entire history of those capital rape laws, there was not a single white person who was executed for the rape of a black woman or child unless the victim was killed. Almost all the people executed for rape in the United States were black, but almost all of those executions took place in the South.”