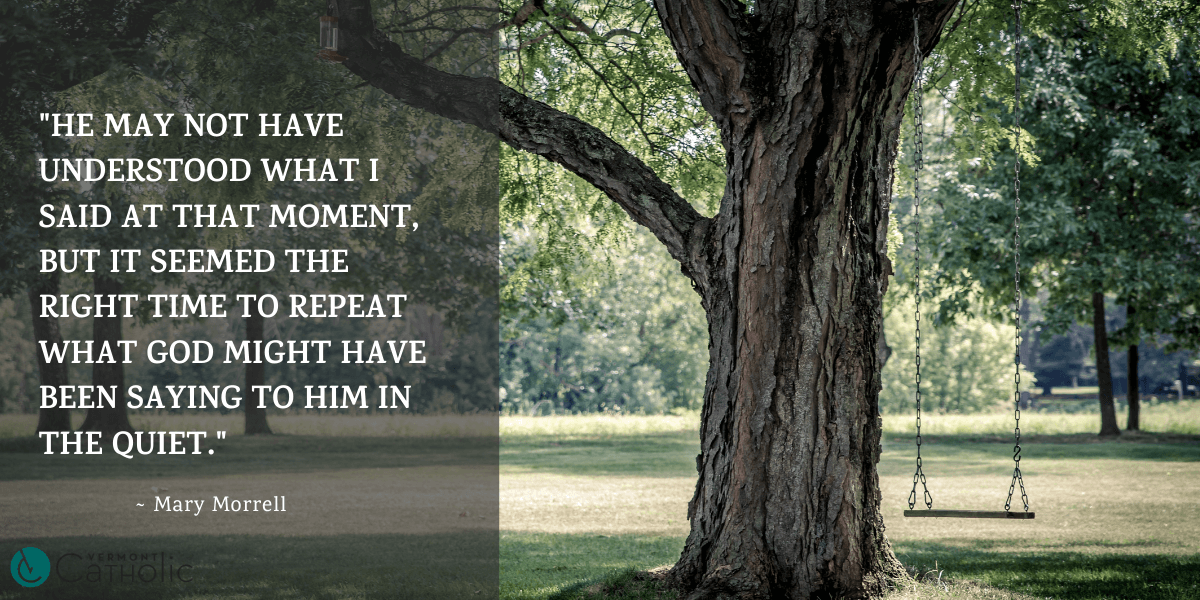 My time babysitting my grandchildren is always enlightening. In some ways, things are different from when I was raising my sons, but in others, they are exactly the same.

During a recent visit, my 8-year-old grandson came home from school, dropped his book bag, changed his clothes and flopped down on the couch in the family room where I was playing with his younger brother.

I heard him tsking and turned to see him scrolling through his little phone, an old one of his dad’s that allows him to connect with friends.  He was shaking his head, like something was wrong, but he was smiling, as well. I asked him what the problem was. “Nothing,” he replied. “It’s just that all three of my friends are asking me to go their house to play. I want to say yes to all of them, but I can’t.”

I suggested he solve the problem by inviting them all to play outside at his house.  He smiled, and out he went to gather them up.

The difference in this scenario, from years ago, is kids didn’t have phones at eight years old. The similarity is that every child loves an invitation.

And isn’t that where discipleship begins?

Pope Francis encourages youthful disciples, saying, “A better world can be built … as a result of your efforts, your desire to change and your generosity. Do not be afraid to listen to the Spirit who proposes bold choices; do not delay when your conscience asks you to take risks in following the Master.”

Jesus, the Master, will extend the invitation to “come and see.” Our role is to give them the opportunity to come and listen to the Spirit.

It is in the listening that young people hear their unique call to become disciples for this day and age, disciples who are pray-ers and peacemakers, who are relationship builders and rebels in a culture that often loses sight of the divine source of every living thing.

For youth and young adults today, it’s almost impossible to turn down the noise, the constant chatter, the stream of images that interfere with their ability to hear the still, soft voice of God. We can help counter that by helping children value an experience of blessed silence.

I remember the day I put my 2-year old grandson in the swing in the backyard. As I pushed him, I could see his body relax, an expression of contentment came across his face.  For nearly an hour, I said very little to him as I watched him cock his head at the sounds of the birds or look upward to watch the trees swaying in the wind. Occasionally, he would point, with a smile, at a passing butterfly or a bird that had alighted on the ground.

When I finally lifted him out of his seat and held him on my hip for a moment, I pointed at all those things he had noticed and said, “The trees are God’s, the birds are God’s, that butterfly is God’s.”

Then I kissed him on the check and said, “You are God’s.”

He may not have understood what I said at that moment, but it seemed the right time to repeat what God might have been saying to him in the quiet.

— Originally published in the Fall 2019 issue of Vermont Catholic magazine.