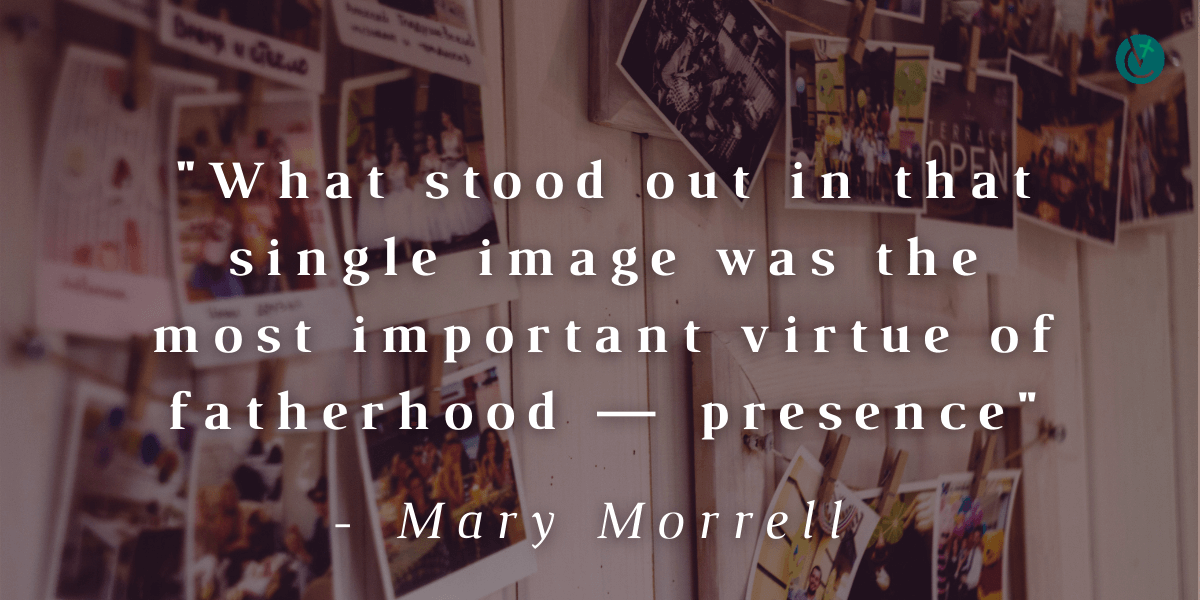 Fathers are strengthened by living in God’s presence

After the death of my dad, I wanted to do something special to honor him. It was then that I was given the chance to write a weekly column entitled “Things My Father Taught Me.”

About a year after the column was first published, a workshop participant came to me at the end of the day to tell me how much she loved the column. “Sadly,” she said, “not everyone has a father like yours.”

She shared that her father was an angry man and sometimes abusive. She loved him, but she was often afraid of him. She suggested that, perhaps, I could consider that when writing my column. I thanked her for her honesty and for her suggestion.

After that, every time I wrote a column I thought about what she said and tried to be sensitive with how and what I wrote, but the truth is it’s difficult to write from someone else’s experiences. The best I could do is try to help both moms and dads understand the beauty and value of their vocations and how much they mean to the children who love them.

After all, there are no perfect parents. Remembering back to the first of our six children, and what it was like for my husband, I think of the quote from author Frank Pittman: “Fathering is not something perfect men do, but something that perfects the man.”

I am blessed to have watched the process with my sons and their children as well. It is a wondrous thing to see how the love of a child transforms a new father in baby steps, in some cases, and, in leaps and bounds in others.

My oldest son’s youngest child is medically compromised and spent the first six months of his life in a children’s hospital, with seven surgical procedures before his first birthday. His homecare includes intravenous nutrition, day and night nurses and constant monitoring for health issues that can send him back to the hospital at a moment’s notice.

This past week has been one of those times.  My daughter-in-law took a photo of my grandson, all of 19 months old, standing in his bed in his child’s hospital gown with my son sitting next to him, waiting to be taken to surgery. He is reaching out to his dad, touching his chest, a look of worry and apprehension on his little face. My son is looking into his eyes, arm around his waist, undoubtedly assuring him without words that everything will be fine. The exchange was priceless, and I bawled my eyes out.

What stood out in that single image was the most important virtue of fatherhood — presence.

A father’s presence is the blessed assurance we sing about in Mass. Presence is what we need when we say to our Father, “Hold my hand lest I fall.”  When a child grows up with this presence, there is a greater likelihood the person the child becomes will understand what it means to live in the Presence of God.

Divine Presence is the love that allows a father to grow into the courageous protector, the mentor, the example that all children need. There is no more important example than modeling for a child what it means to love and enabling them to feel safe.In his Apostolic Letter, “Patris Corde” (“With a Father’s Heart”), Pope Francis observes, “Fathers are not born, but made. A man does not become a father simply by bringing a child into the world but by taking up the responsibility to care for that child. Whenever a man accepts responsibility for the life of another, in some way he becomes a father to that person.”

And so it was with St. Joseph, the father to whom God entrusted His only son. Pope Francis describes Joseph as a father who “found happiness not in mere self-sacrifice but in self-gift. In him, we never see frustration but only trust. His patient silence was the prelude to concrete expressions of trust.”St. Joseph lived confidently in the presence of God, knowing the love that makes every vocation, even fatherhood, possible.

— Originally published in the Summer 2021 issue of Vermont Catholic magazine.