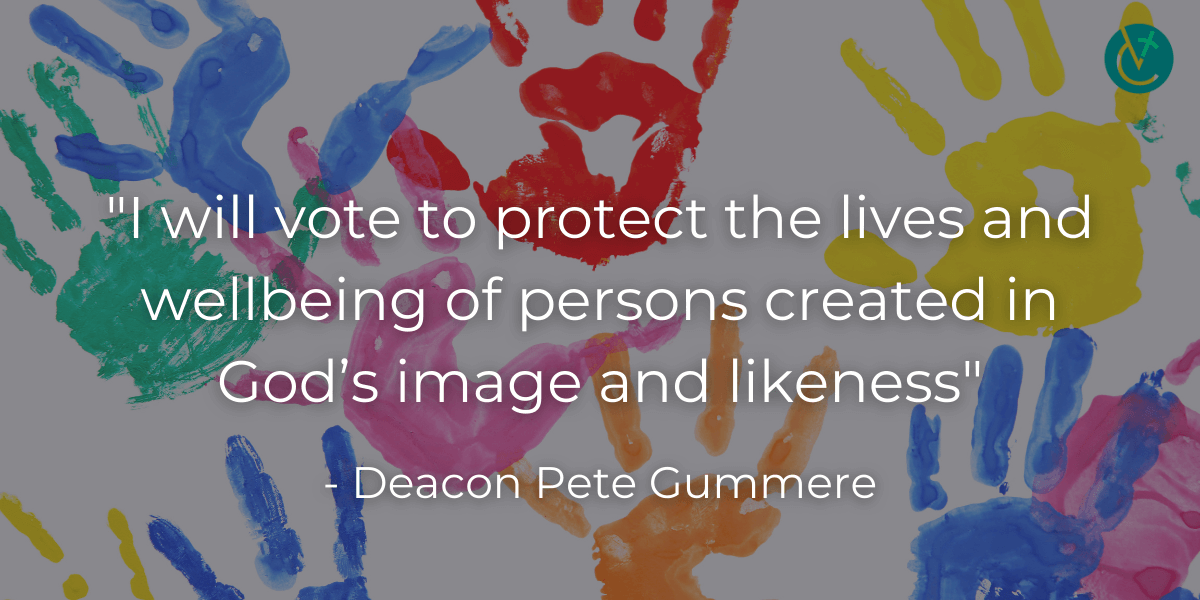 Yet, our beliefs extend far beyond The Creed we pray; for the Scriptures reveal so much more, including attitudes and moral teaching, the Beatitudes, a full range of virtues, etc. Our faith includes the sacraments, the Ten Commandments and our obligation to act in charity toward all persons.

The consistency of Catholic teaching stands in sharp contrast to values and principles projected by some other sources. For example, our Vermont Legislature has proposed two separate amendments to the Vermont State Constitution; these proposed amendments are purported to affirm liberty. It actually surprised me to see how these measures represent a fundamental contradiction in principles.

Another proposed amendment, Proposal 5, also passed the Legislature. It purports to affirm “reproductive liberty” and “reproductive autonomy.” I have the gravest reservations about this measure.

Despite the vague language of the “reproductive liberty” amendment, advocates have emphasized that would guarantee a right to abortion in Vermont, although the word “abortion” was deliberately deleted from the proposed amendment. When asked in a hearing by the House Human Services Committee about this omission, Sen. Ginny Lyons replied, ”… reproductive liberty includes more than that. And it will allow for the [Vermont] Supreme Court interpretation, going further, on those things coming up in the future.”

We need to understand that if passed, Vermont would join nations such as China, North Korea, Vietnam, the Netherlands and Canada as the only countries in the world where unrestricted elective abortions are legal. Most other countries have some restrictions on abortions.

They recognize that the embryo or fetus is “not nothing” and deserves at least some measure of protection. Even the U.S. Supreme Court in its Roe vs. Wade decision recognized that limitations on later term abortions were legally defensible.

Secondly, the legislators have allowed for an expansive view of “reproductive liberty.” This will actually include currently unknown technologies. Some unknown procedures may be morally or ethically problematic. Yet the legislature has sent a message that they will give a green light to perform even barbaric practices, such as use of fetal tissues and organs in research.

Ultimately, it will be up to Vermont voters to decide the fate of this proposed amendment when it appears of the ballot in November. Beyond a shadow of a doubt, my vote will be “NO” on the reproductive liberty amendment. I will not cooperate with the intrinsic evil arising out of that amendment. I will vote to protect the lives and wellbeing of persons created in God’s image and likeness.

—Deacon Pete Gummere is a bioethicist and director of the Permanent Diaconate in Vermont.  He serves at Corpus Christi Parish in St. Johnsbury, Lyndonville and Danville.

Share This Post
Deacon Pete Gummere, Evangelization and Catechesis, Hungering for Justice, The Creed
See More
Last Article
How do you share your faith?
Next Article
Chrism Mass
Back to Vermont Catholic Magazine