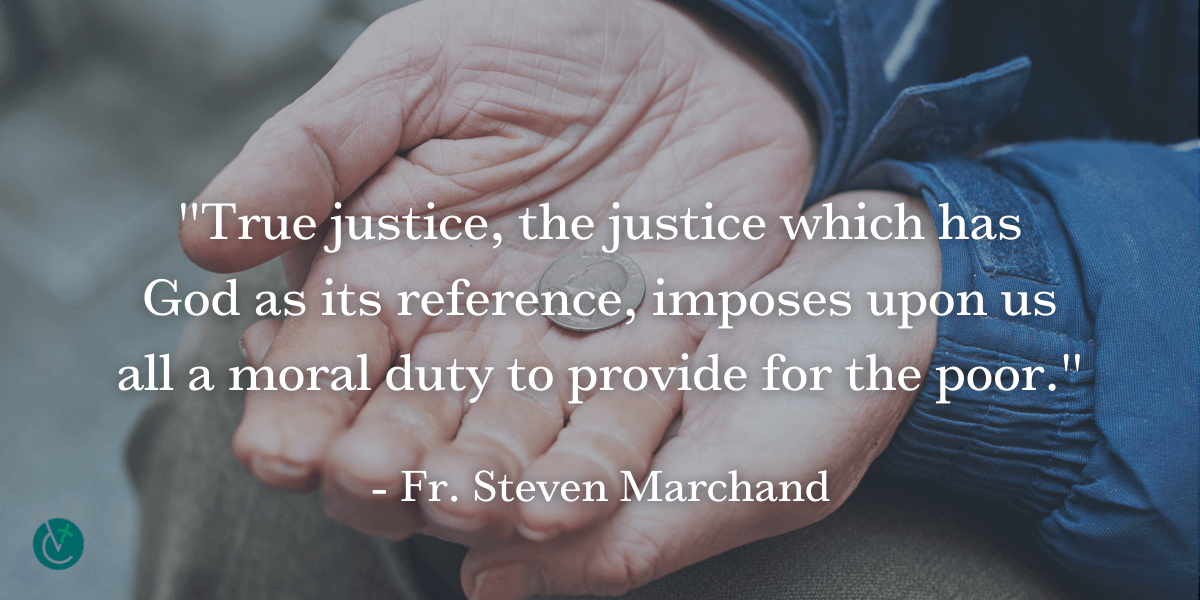 ‘Concept of social justice is a Catholic one’

Social justice is a loaded term. It shouldn’t be. Today, most people use the term to mean a progressive brand of political maneuvering by the state to equalize the distribution of goods and advantages in society.

The concept of social justice is in fact a Catholic one, and it signifies something far removed from its contemporary meaning. It was first used in Catholic circles in Europe to encourage justice in a society transforming from rural and agricultural to urban and commercial. Pope Leo XIII launched this idea to the wider Church in his encyclical, “Rerum Novarum,” in 1891.

We are reminded by Leo that justice is first of all a virtue. A virtue is a habit that disposes an individual to act well, or in accord with the good. “Social” justice will forever be a pipe-dream if we do not realize that it is only the sum total of individuals in society individually acting well in relation to one another. It is never something that can be imposed from without. That is the fundamental mistake of the Utopian and why every experiment in history of creating an “equal” or “compassionate” society by force has only ever ended in a sea of blood.

The idea that there even can or should be a strict equality of goods and advantages across society, Leo teaches us, is in fact contrary to human nature itself. He writes, “… in civil society, the lowest cannot be made equal with the highest. Socialists, of course, agitate the contrary, but all struggling against nature is vain. There are truly very great and very many natural differences among men. Neither the talents nor the skill nor the health nor the capacities of all are the same, and unequal fortune follows of itself upon the necessary inequality in respect to these endowments … such inequality is far from being disadvantageous either to individuals or to the community. Social and public life can only be maintained by means of … the playing of many parts” (“Rerum Novarum,” no. 26).

To say we are equal in human dignity then is not to say that justice demands equal remuneration for unequal gifts.

So where does that leave our quest as Christians for “social justice?” St. Thomas Aquinas helps us. He speaks of justice as the equality between persons by giving to each person what is his due. “What one is due” can vary from person to person depending on their state in life and the value of their skills. But he insists that justice demands, for example, equal pay for equal work. Is there an accepted practice in society that denies someone what they are truly owed? Then Aquinas would say: Reform it, by all means!

And yet true justice, the justice which has God as its reference, imposes upon us all a moral duty to provide for the poor. Only individuals act morally. We individuals are ultimately responsible for our brothers and sisters in Christ in charity. It is such a sacred duty that we cannot heave it off to the state to do so for us. We cannot rest comfortably with ourselves if we allow the state to violate the right to private property of others because we have left the needs of the poor too great.

Just a few weeks ago on Christ the King Sunday we heard the parable of the judgment, the separation of the sheep and the goats to eternal life and damnation. And what is the criterion of this judgment? “For I was hungry and you gave me food, I was thirsty and you gave me drink, I was a stranger and you welcomed me. … As you did it to one of the least of these my brethren, you did it to me” (Mt. 25:35-40). You gave me food. If want a just society, you and I must be just to one another. We cannot abandon that beautiful mandate to any other power. In it lies no small part our redemption.