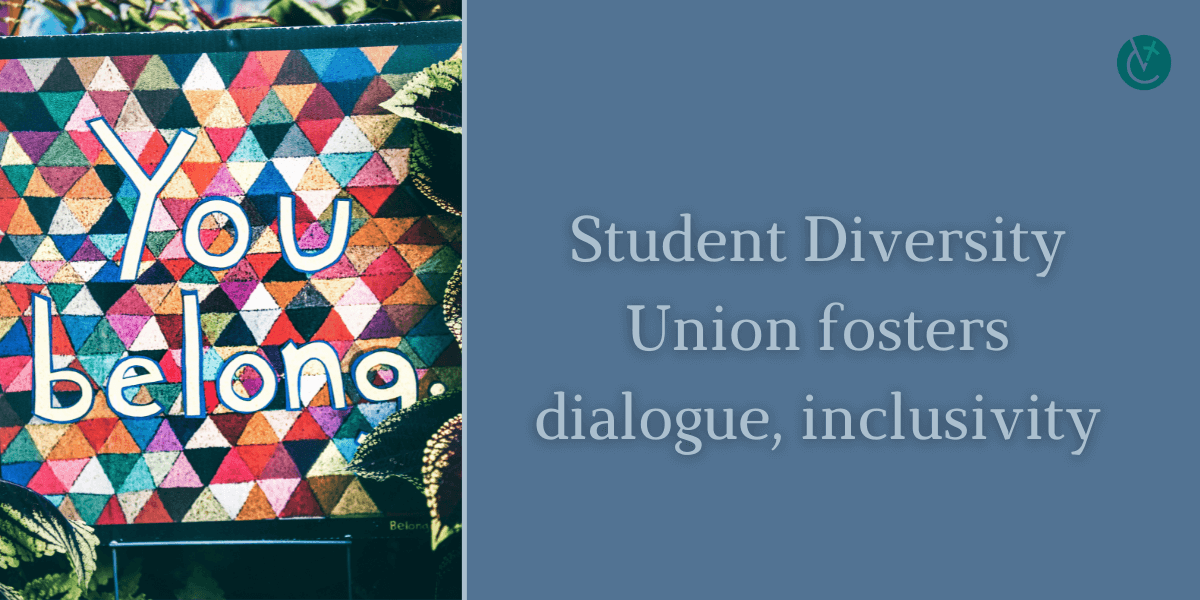 When it comes to sharing the world with people of different ethnic backgrounds, Caitlin Balón says the simplest lesson one can take from the Catholic faith is the call to “love your neighbor.”

A senior at Rice Memorial High School in South Burlington, she is one of the student leaders of the Student Diversity Union, a group of about 40 high schoolers that began five years ago to foster discussion about racial issues and celebrate diversity.

Catholic social justice teaching about solidarity also informs the group, calling on people to put themselves in someone else’s shoes — to be sympathetic and empathetic and to “reflect on where you play a role in their pain,” said Caitlin, who is of Filipino and Irish descent.

She noted that according to statistics for the current school year, 81 percent of the Rice student population identifies as Caucasian or white.

Both students of color and white students participate in the Student Diversity Union.

Senior Maxime Makuza, another student leader of the union, said it is a place he can speak freely, a place where people like and understand him for who he is.

The Rwandan teen considers the group family and a platform to change attitudes that hurt BIPOC (Black, Indigenous and People of Color) students. “I hope more BIPOC students come and feel like they fit in and not have to change” who they are, he said.

Patrick Welsch, a Rice religion teacher who is faculty advisor to the Student Diversity Union, called his work with the group life-giving. “Teaching social justice day in and day out, I am inspired by these students living out what they are called to do: be inclusive and bring people in,” he said. “These students exemplify this on a constant basis.”

Among the activities of the Student Diversity Union is a newsletter called “Ubuntu” a Zulu term used by South African Anglican Archbishop Desmond Tutu that means “humanity toward others.”

Members of the union also communicate with school officials about issues of racism and diversity and have been involved in Black History Month events.

“It’s a space for making change and feeling safe and seen,” Caitlin said. “As a person of color in Vermont, it’s hard to be fully seen.” The Vermont population is about 90 percent white, according to the U.S. Census Bureau.

White students who are part of the union “want to be there in support” of their BIPOC schoolmates, she added.

Not a day goes by that she does not feel alienated in some way because of the way she looks, because of her culture or her values/beliefs, Caitlin said. It tires her.

But the Student Diversity Union gives her joy, she said, acknowledging there is a growing need in today’s society for students to learn and teach others about diversity issues. But, “it can be taxing for people of color to teach about their own oppression,” she added.

Caitlin wishes there was a utopia where hatred did not exist, “but that does not align with the human condition,” she lamented. “This work we’re doing is a marathon, not a sprint.”