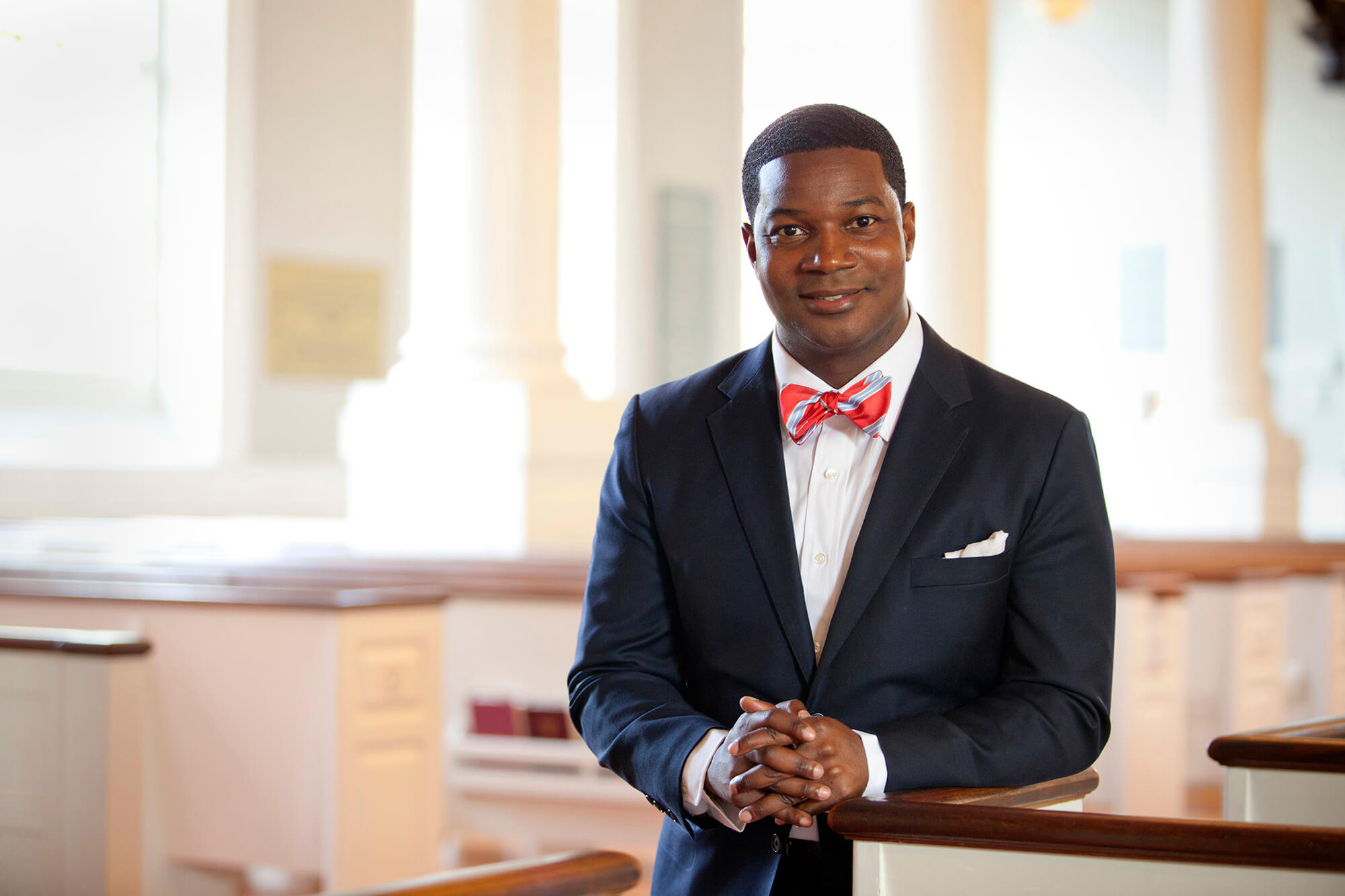 Harvard’s Walton to be MLK speaker at St. Michael’s College

Walton will spend the day at the Colchester campus on Monday, speaking first during a faculty and staff convocation luncheon in the Dion Student Center at 11:45 a.m., and again at 4:30 p.m. as keynote speaker during the main MLK Convocation in the Chapel of St. Michael the Archangel, which is free and open to the public. His keynote address will be titled “No One is Free Until We Are All Free: The Centrality of Collective liberation for an Inclusive Vision of the World.”

Walton is the Plummer Professor of Christian Morals and the Pusey Minister in the Memorial Church of Harvard University, as well as a member of the Harvard Faculty of Arts and Sciences and Professor of Religion and Society at the Harvard Divinity School.

While some events during this year’s MLK Week at St. Michael’s remain to be finalized, according to the main organizer, Moise St. Louis, associate dean of students/director of Multicultural Student Services, a few highlights include: a Tuesday showing of the movie “BlacKkKlansman” by Spike Lee in the McCarthy Arts Center at 7 p.m.; a luncheon talk on Wednesday, Jan. 21, by alumnus Judge Nicholas Cioffi ’61 titled “Changes By and Within the Judicial Branch of Government and Some Thoughts About Further Change;” a Community Reflection Conversation on the essays written by faculty and staff for this year’s convocation at 7 p.m. in the Dion Family Student Center Roy Room; and a Friday Evening Poetry Slam with performer/songwriter Mic-Andre and his opening act, along with Rajnii Eddins, at 6:30 p.m. on Jan. 23 in the McCarthy Arts Center Recital Hall.

About the keynote speaker

This year’s keynote speaker Jonathan Walton was raised in suburban Atlanta during the 1970’s and ’80s by a family who kept the legacy of the civil rights movement sacred in the home. It is those early kitchen table lessons about service and sacrifice that continue to pilot and energize his writing, scholarship, ministry and social activism.

“It…was about … how you extend the legacy of service and commitment to something greater than yourself,” he said in a 2013 interview with The Boston Globe. “That is what my parents and my grandparents beat into us at the kitchen table.”

Much of Walton’s scholarship is focused on evangelical Christianity, and its relationship to mass media and political culture. His first book, Watch This! The Ethics and Aesthetics of Black Televangelism (NYU Press 2009), examines the theological and political traditions of African American religious broadcasters.

Walton is also an outspoken advocate for social justice and civil rights, as well as a passionate voice in support of the marginalized. His work and insights have been featured in several national and international news outlets including the New York Times, CNN and the BBC.

Devotion to those social issues are prevalent in his writings, media interviews, speaking engagements and sermons.

Walton’s latest book, “A Lens of Love: Reading the Bible in Its World for Our World” (Westminster John Knox Press 2018), is an extension of his work from the pulpit and classroom. The book is the interpretative exploration of the Bible from the perspective of the most vulnerable and violated characters in scriptures. “A Lens of Love” is an aid for Christians who seek to be rooted in faith while pursuing professional lives that are just, ethical and challenge inequity.

Walton earned his doctorate in Religion and Society and Master of Divinity from Princeton Theological Seminary. He also holds a bachelor’s in political science from Morehouse College in Atlanta. He serves on several professional boards and committees, which include the Board of Trustees at Princeton Theological Seminary, and the National Advisory Board of the John C. Danforth Center on Religion and Politics at Washington University in St. Louis. He lives with his family in Cambridge, Massachusetts, and Atlanta.

He will address the following:

11:45 a.m. to 1:30 p.m. – Luncheon and Lecture at the Dion Student Center — Roy Event Room. The Luncheon involves a 25-30 minutes presentation on ”The Moral Imperative for a pedagogy of Collective Liberation: Liberal Arts Institution and the Responsibility of Creating an Inclusive Vision.” This is a faculty and staff luncheon designed to impact faculty/staff awareness and influence teaching in the classroom and interactions with students outside of the classroom.

4:30 p.m. to 6:15 p.m. – Keynote: “No One is Free Until We Are All Free: The Centrality of Collective liberation for an Inclusive Vision of the World.”