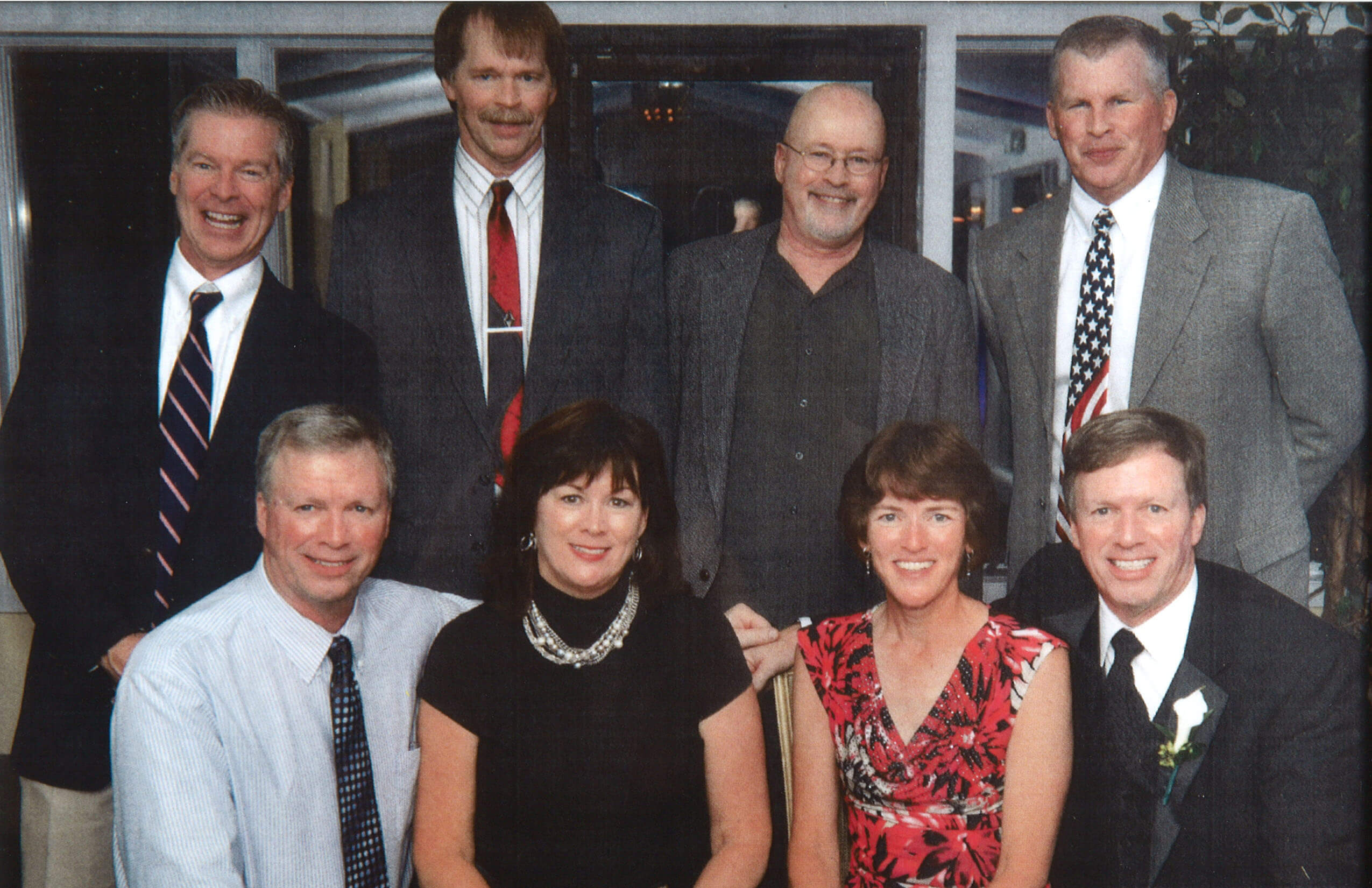 As Rice Memorial High School in South Burlington approaches 80 percent of the goal for the “Rice: Investing in Our Legacy” campaign and the Diocese of Burlington launches its first-ever statewide “Christ Our Hope: Building a Vibrant Parish” campaign, legacy giving is one critical way an individual or family can have a significant impact on the future of Catholic ministries in Vermont, such as a parish, school, cemetery or specific diocesan ministry.

With eight children who attended Rice — Ned ‘67, Matthew ‘69, Jim ‘70, Tom ‘72, Mike and Pat ‘74, Cathy ‘76 and Beth ’79 — it’s no surprise that Howard and Kay Halpin spent the better part of 16 years attending or working at one Rice event or another. Whether it was Stunt Nite, Rice Boosters, chaperoning a dance or attending sporting events, the center of the Halpins’ life for nearly two decades was Rice. “Kay and I thank God for the goodness of our neighborhood school and what it did for our family,” said Halpin in 2018.

A veteran of World War II, he and his wife raised their family on Fairmont Street, surrounded by other large families who made faith and education the focus of their lives. Halpin spent 40 years at GE Aerospace, and upon his retirement, began Turbine Weld, an aircraft engine parts repair business based in Florida, family-owned until its sale earlier this year.

The Halpins considered it important to show their gratitude to Rice by generously giving to the Rice-Cathedral Fund every year for nearly 30 years. After “his beloved” wife died in 2014, Halpin often made his gifts in her memory. One of his last gifts to Rice was $8,000 — $1,000 for each of his eight children. “Rice played a major role in this old geezer’s strong belief that the Halpins have been blessed by God,” he said.

Shortly after he died in December 2019 at the age of 97, Rice Annual Giving Manager Nancy Viner approached his children, many of them donors to the annual fund, to inquire about the possibility of establishing a scholarship fund in their father’s memory in the Vermont Catholic Community Foundation.

With more than 40 percent of Rice students needing financial aid, building Rice’s tuition assistance endowment remains a major goal of Rice’s “Investing in Our Legacy” capital campaign. Making Rice available to future generations of students made sense to Beth and her seven siblings. “Our parents truly appreciated the education and spiritual growth Rice provided us all,” she said. “They would consider it their honor to extend the gift of education and spiritual growth to future generations.”

To learn more about how to make a legacy gift now or in the future contact Ellen Kane at ekane@vermontcatholic.org or visit vtcatholicfoundation.org/ways-to-give.