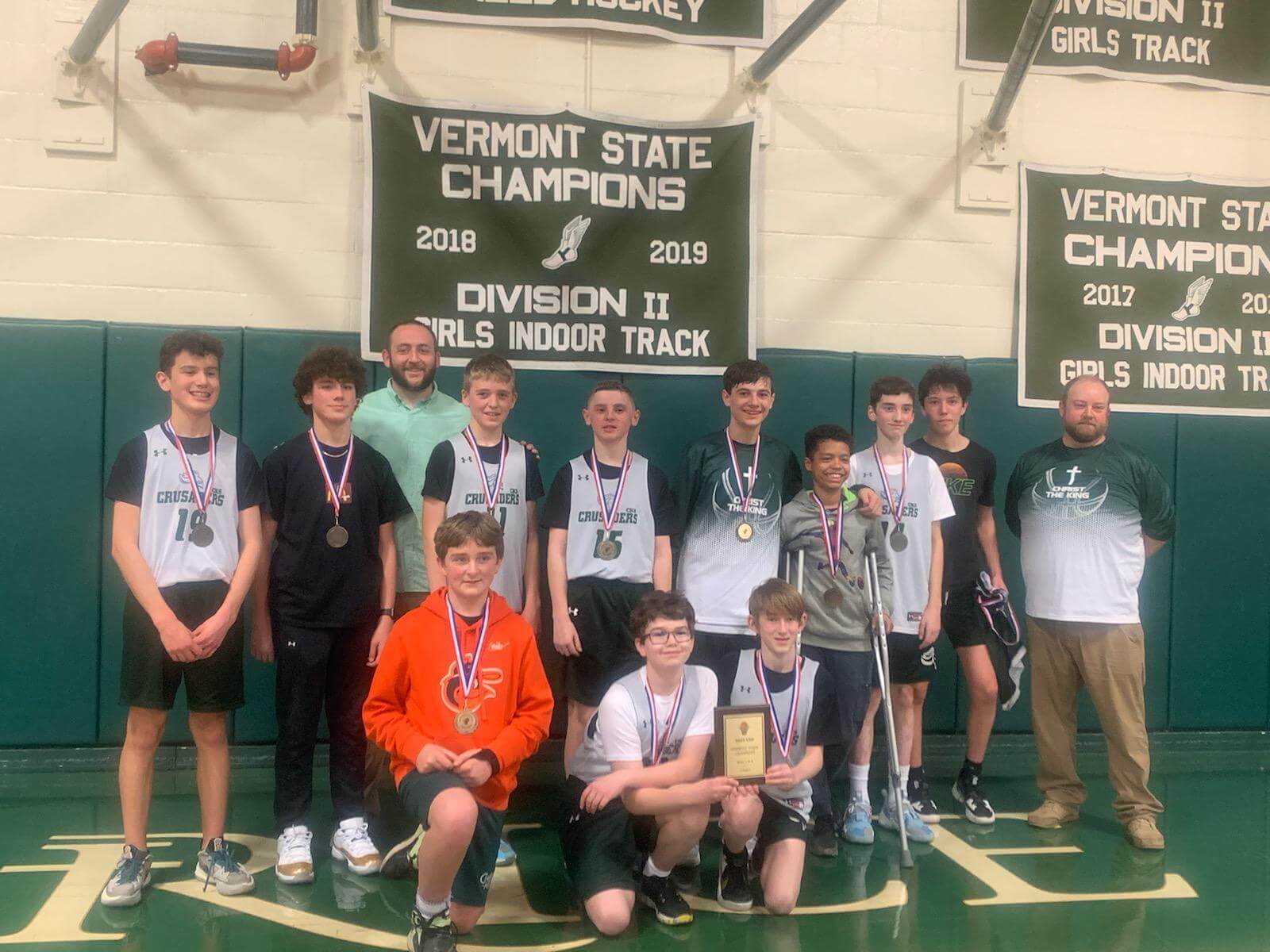 The 7th– and 8th– grade girls’ and boys’ teams brought home the wins.

The Crusader girls won their state championship, topping Mater Christi School of Burlington 31-26. The Christ the King boys went undefeated in the tournament, winning its first three games before besting Good Shepherd Catholic School of St. Johnsbury, 35-24 in the finals.

The girls’ team was coached by David Perry assisted by Jenn Berquist, both teachers at Christ the King School.

Art Treanor (parent of two students) was assisted by Perry in coaching the boys’ team.

“Christ the King School is blessed to have such dedicated volunteers, especially when it comes to athletics,” said Lila Millard, principal. “Mr. Treanor is a parent who had taken on not only the role of coach but mentor for our middle school boys’ team. Mr. Perry and Ms. Berquist are both teachers at CKS and really have a connection with the students on both teams. Everyone embraces and embodies the mission of the school and Catholic Church in what they do for our students and families.”

She said the students who are on both the boys’ and the girls’ middle school basketball teams are great athletes and students: “We are proud of each and every one of them. What they bring, not only to the sport, is a testament to the values and beliefs that they hold in their hearts. Each of them has worked hard, not only for themselves but for the team.

The community of Christ the King School is proud of the accomplishments of these young people. “Their dedication to not only the sport but to their peers, families and community is inspiring,” Millard said.

The teams will play in the regional CYO games April 1-3 in Burlington and surrounding areas.