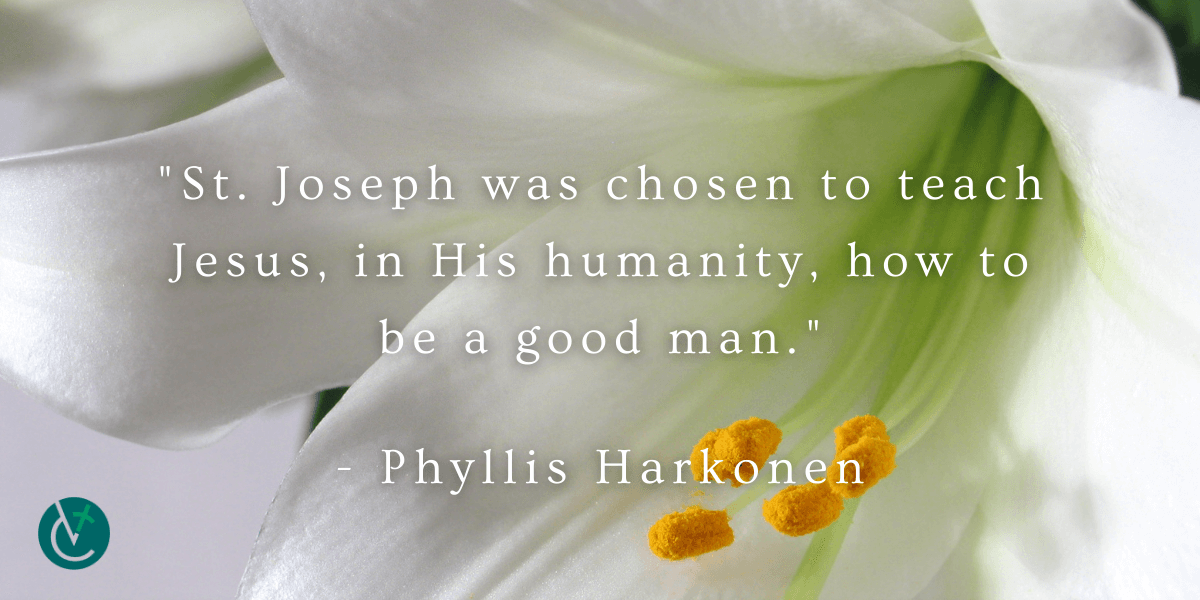 St. Joseph has been watching over me since I was an infant. Hanging in my bedroom when I was a child was a picture of St. Joseph; it remains in my childhood bedroom at my father’s house. I grew up in West Rutland, where, at one time, there were three Catholic churches for a population of about 2,000. I always will consider St. Stanislaus Kostka in West Rutland to be my home parish. My father is a devout Catholic. He prayed the rosary as he commuted 90 minutes one way to his job. In this little immigrant town, I grew up thinking everybody was Catholic.

When I entered college, I was in the minority as a practicing Catholic. My lack of regular prayer and newfound freedom wore me down. I fell away from the faith. I stopped attending Mass and I stopped praying.

My husband, Arne, and I married in a civil ceremony in 1990. Neither of us had any faith or practiced any religion for many years. So, in 2008, when he told me he was going to talk with a Catholic priest, I was shocked. He met with a good priest, Father Bill Giroux, and signed up for Rite of Christian Initiation of Adults classes. I thought, “Where is my husband and what have you done with him?” Arne regularly went to Mass and attended his classes. I had no intention of joining him.

To be confirmed and receive his First Holy Communion, Arne had to marry me in the Church. Knowing it would mean a lot to my father for us to be married at St. Stanislaus, we drove to West Rutland. We were married by the late Msgr. Frank Warzocha; my mother and father were our witnesses and our only guests.

Prior to the ceremony, Msgr. Warzocha quietly and gently asked me if I been to confession. The blood drained from my face, but I did not want to compound my misery by lying to a priest right before receiving a sacrament, so I admitted I had not. He took me aside and helped me with questions. All I remember is that I was terrified, and he was compassionate and kind. Msgr. Warzocha was a saintly and faithful priest.

My husband was confirmed and brought into the Church at the Easter Vigil in 2009. Less than four months later, I was regularly attending Mass with him.

It is the father or head of the household that sets the tone and direction for one’s family. God chose St. Joseph to be His only Son’s human mentor, His foster father here on Earth. St. Joseph was chosen to teach Jesus, in His humanity, how to be a good man.

God put good, courageous men in my life. It is because of these good men, their example, their protection, their courage and their love that I am your respect life coordinator and a lost lamb no more.

— Phyllis Harkonen, is respect life coordinator for the Diocese of Burlington.