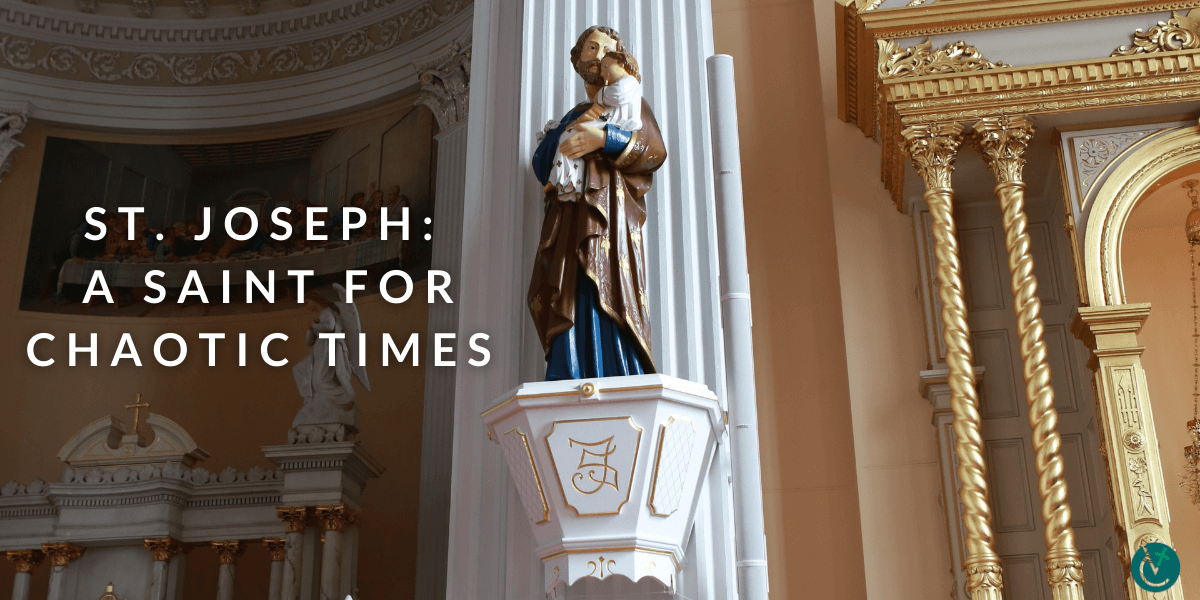 Throughout 2020 and for some time to come, the words “chaos” and “uncertainty” seem quite apt to describe our shared experience. Reflecting on these times, we might think of what we have experienced as something extraordinary. We have confronted pandemic disease, natural disasters, severe economic disruption, an on-going border crisis, riots in the streets, unconscionable actions by some police officers, two presidential impeachments and trials, bare-knuckle politics, an invasion of the Capitol building and a hotly disputed election.

And that is not all.

Living in chaos is hardly unique over the span of human history. Other ages have also encountered pandemics, severe economic dislocation, wars, political oppression and turbulence amidst major shifts in societal norms. Ecclesiastes reminds us, “Nothing is new under the sun” (Eccl 1: 9.)

Israel around the time of Christ certainly experienced just that kind of chaos. The nation had been invaded and conquered by a series of foreign empires. At that time, it was occupied by the Romans. Roman taxes on the Jews were increased in exchange for the Jews being allowed to not worship Caesar as a god. This was a severe burden on an agrarian and mercantile economy. Roman occupation inflicted extreme cruelty on the people of Israel. That could take the form of physical torture and even death.

In this context, a carpenter by the name of Joseph and a young woman by the name of Mary became betrothed. Each received a visit from an angel who announced startling news that we remember and celebrate through the Christmas season.

During all these hardships Joseph remained the provider and protector of Mary and Jesus. Joseph had to deal with serious political oppression, given the distressing decision of Herod to execute Jesus as a newborn baby. On the command of the angel, he took Mary and Jesus away to Egypt and eked out a living for them using his carpentry skills and his common sense.

They remained there a couple of years until he received the message that Herod had died and that he could return home. That meant another hazardous trip across the desert.

We know that he was the breadwinner through the childhood of Jesus.  Of course, Joseph had further hardships such as the search for Jesus on the trip to the temple in Jerusalem. What parent has not experienced distress when children are not where they are supposed to be?

As so often happened in those days, a father trained a son in his own trade or business.  Joseph provided education and training in the carpentry trade for Jesus. But Joseph also modeled piety, faith and devotion to God.  While scripture does not elaborate, we understand that Joseph would have died some time before Jesus embarked on his public ministry.

Without detracting from or minimizing the hardships that we have endured in the past year and a half, we can see that Joseph encountered terrifying and oppressive challenges in his day.  I think we can take some comfort in realizing that we are not alone in the struggles. Joseph accepted those challenges knowing that God had it all figured out. He would not be abandoned.  God had a plan that would prevail and control the situation. They merely needed to do their part.

Learning and discerning how to cope with adversity in health, the economy, politics and even a hostile natural environment is something we have all had to do in the past year and a half.  More adversity might still be on the horizon just waiting for us.

Let us learn from St. Joseph that God has a plan that will prevail, and that God is in control.  God will never abandon us. St. Joseph can be relied upon to pray for us and help us through whatever comes next.  He is the perfect saint to help us cope with chaos and uncertainty.

—Deacon Pete Gummere serves at Corpus Christi Parish in St. Johnsbury and is director of deacons for the Diocese of Burlington.