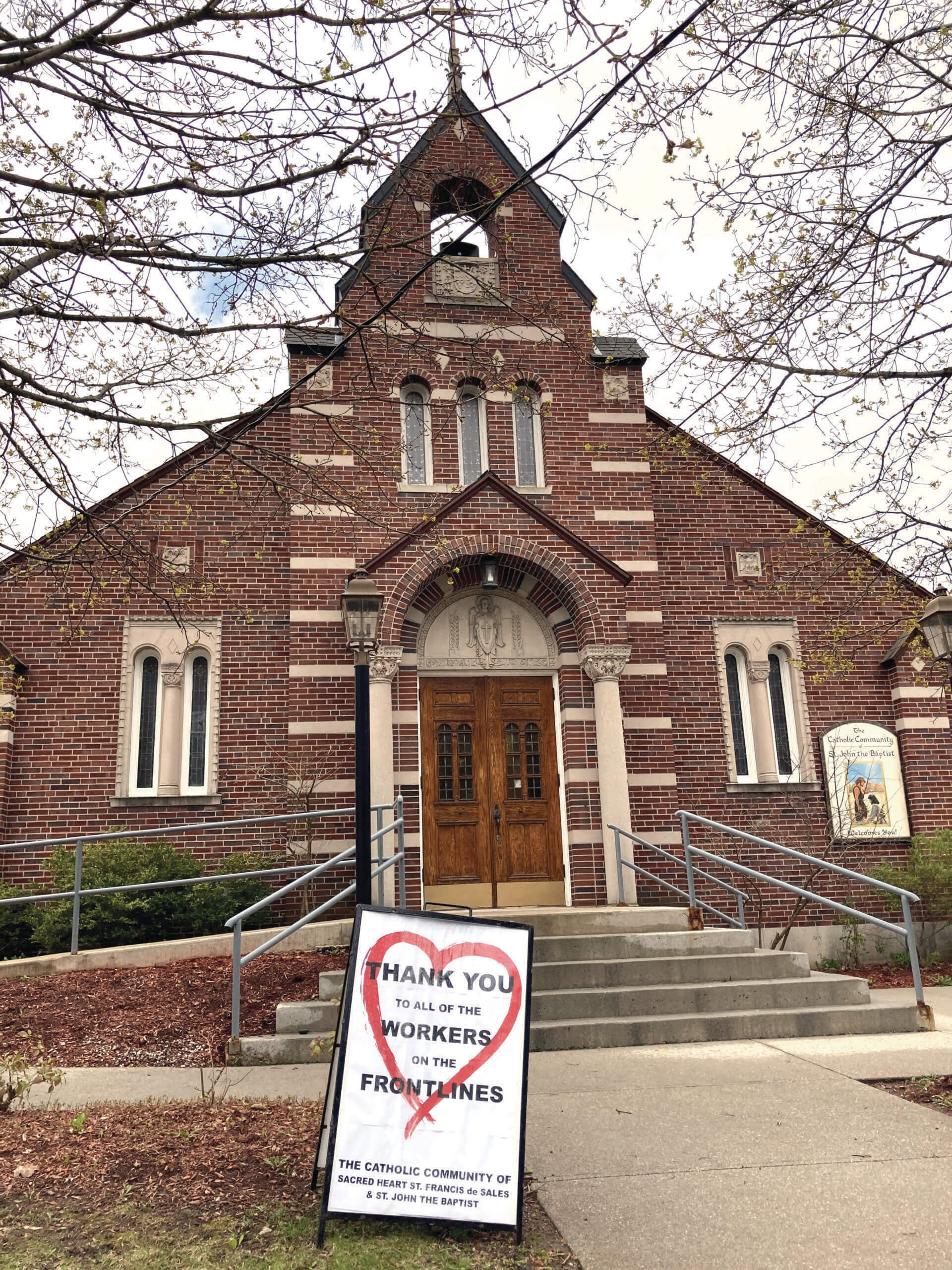 While the feast day of most saints is celebrated on the day of their deaths, this particular feast, the Nativity of John the Baptist on June 24, instead commemorates an earthly birth.

John’s parents, Elizabeth and Zechariah, had reached an advanced age with no children. When the angel Gabriel appeared to Zechariah to tell him that his wife Elizabeth would conceive and bear a son, he expressed a moment of doubt and was rendered mute until such time as his son was born.

Soon after, Gabriel appeared to Mary, announcing that she had been chosen to be the mother of the savior. As proof that all this was true, Gabriel tells Mary that “Elizabeth, your relative, has also conceived a son in her old age, and this is the sixth month for her who was called barren; for nothing will be impossible for God” (Lk 1:36-37).

Mary sets out “at once” for Elizabeth’s house. Upon entering, Mary calls out to Elizabeth, and, “when Elizabeth heard Mary’s greeting, the infant leapt in her womb” (Lk 1:41). Elizabeth rejoices, saying, “at the moment the sound of your greeting reached my ears, the infant in my womb leapt for joy” (Lk 1:44).

At his son’s birth, Zechariah finally is able to speak: “And you, child, will become prophet of the Most High, for you will go before the Lord to prepare His way” (Lk 1:76). And the child grew, remaining in the desert “until the day of his manifestation to Israel” (Lk 1:8).

St. John the Baptist Parish was formally designated the parish of North Bennington in 1874.

The present church — which features a stained-glass window of St. John the Baptist in the sanctuary — was dedicated in 1929. “St. John the Baptist has two feast days in the Roman Calendar — an honor reserved only to two other saints: The Blessed Mother and St. Joseph,” explained Holy Cross Father Hugh Cleary, parochial vicar. On the feast of John’s birth, June 24, parishioners organize a parish picnic, and the St. John’s Sodality, the longest active society of the parish, has a Mass offered for all living and deceased priests who have served at the parish. A former pastor, Father Michael Demasi, was especially beloved.

Parishioners say a special prayer after each Sunday Mass for vocations to the priesthood. It is a treasured tradition of the parish. Two young men from the parish, Deacons Robert Murphy and Casey Weber, were ordained transitional deacons in May. “Parishioners consider them to be the fruit of their heartfelt prayer for vocations to the priesthood,” Father Cleary said.

A newer addition to the parish is the Mary Garden. It is a large and beautiful park-like garden with a statue of the Blessed Mother and Jesus. Each year a crowning of Mary highlights her place as Queen of Heaven.

“Today’s parishioners are active in creating an even more vibrant parish in these days of new-evangelization,” said Father Cleary.