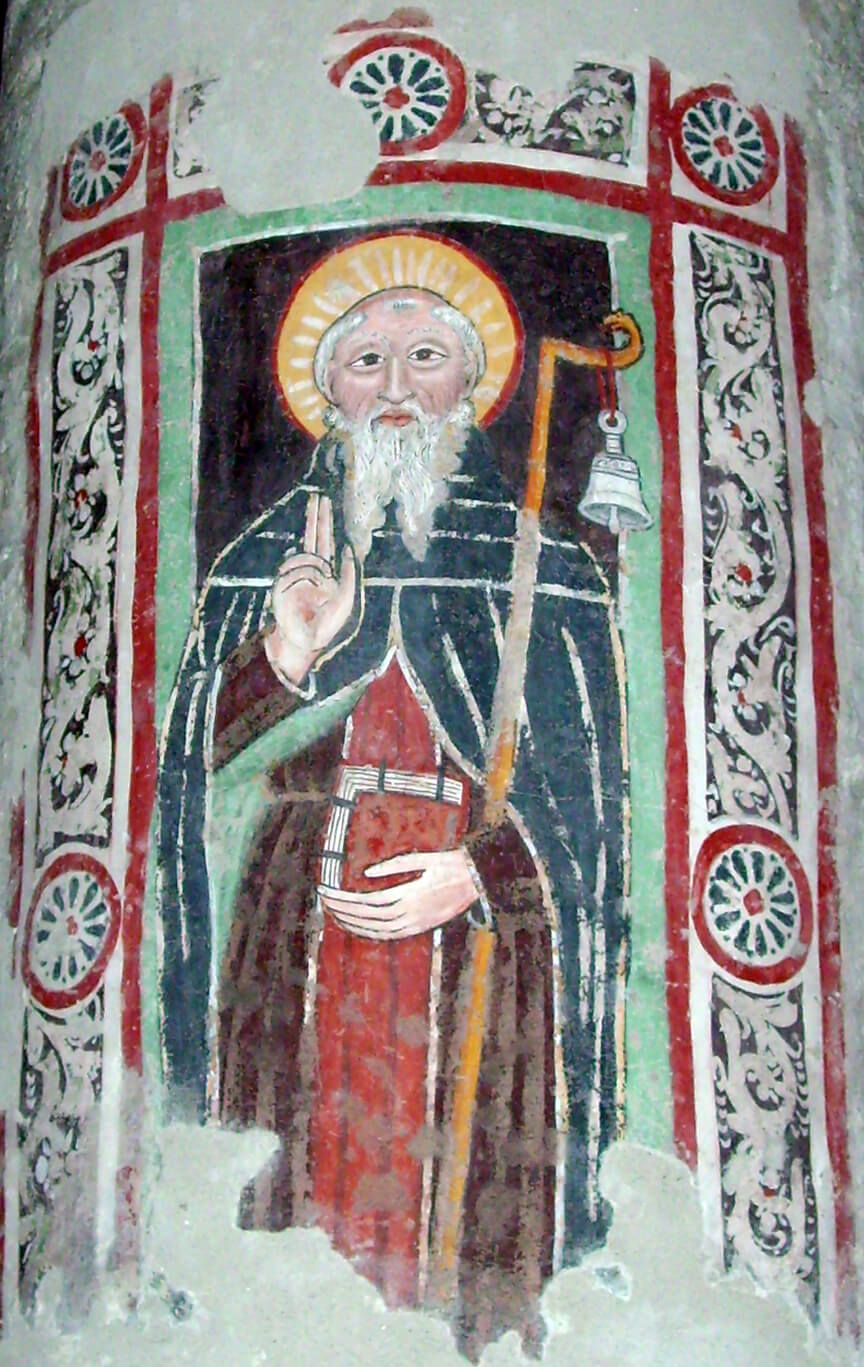 If you ever wondered if there was a patron saint of motorcyclists, then look no further than St. Columbanus.  Although he was born in Ireland in 543, his wanderings and apparent fondness for the “open road” first inspired Anglican bishop John Oliver (who is, coincidently also a biker) and then the Vatican to name him as the patron of those whose preferred mode of travel is two motorized wheels.

Columbanus was born, it seemed, with all the advantages.  From a well-to-do family, the young man was both handsome and suitably educated, which meant that he attracted his share of attention from the young women in his circle.  He was torn, however between a life devoted to the pleasures of the world and one devoted to God.  Consequently, he sought out a holy woman for advice, and she told him, “Twelve years ago I fled from the world and shut myself up in this cell. Hast thou forgotten Samson, David and Solomon, all led astray by the love of women? There is no safety for thee, young man, except in flight.”

Columbanus took the woman at her word and, much to the consternation of his family (his mother, in fact, actually blocked the door as he tried to leave), left home and journeyed to  Ireland’s northeastern coast, where he entered Bangor Abbey.  There he remained for many years, studying and writing about scripture.

When he reached the age of 42, Columbanus felt the call to a missionary life and, with the permission of his abbot, departed for France with 12 companions. Although nominally Christian, the French had strayed far from the faith; however, they found the simple lives and obvious holiness of these monks attractive, and many were converted.  Over the next several years, in addition to the initial monastery they founded, Columbanus and his monks, who had by this time greatly increased in number, established several more monasteries throughout Europe.

Trouble was brewing, however.  Many of the Frankish bishops resented the success of these foreign missionaries and tried to stop them, but Columbanus appealed to the pope for help.  In addition, he ran afoul of the king, publicly criticizing his licentious lifestyle.  This so angered the king’s mother, who was using the situation to her advantage, that Columbanus was ordered deported back to Ireland.  His ship ran aground, however and the ship’s captain, taking this as a sign, let the monks go free.

Columbanus and his monks continued traveling through Europe, evangelizing somewhat unsuccessfully in Germany and Switzerland.  Eventually they made their way to Italy, where the king of the Lombards welcomed them warmly.  There they rebuilt the ruined Church of St. Peter and established the Abbey of Bobbio adjacent to it.  For centuries to come this abbey would be a center of Christian life in northern Italy.

At the age of 72, with his health failing, Columbanus died a hermit and was buried at Bobbio, where his relics are still kept.