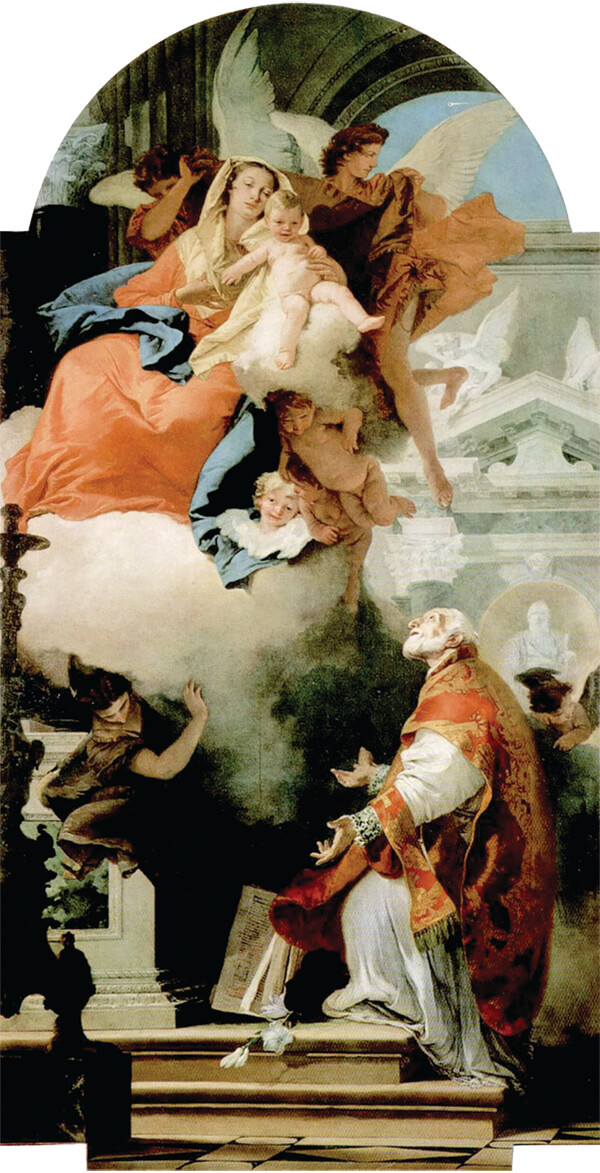 It was St. Teresa of Avila, a contemporary of St. Philip Neri, who famously said, “From silly devotions and sour-faced saints, good Lord deliver us!”  Although there is no record that the two ever met – they lived at exactly the same time but in different countries — no doubt Teresa would have approved of Philip Neri’s approach to spirituality.  Both knew the power and value of a good sense of humor in bringing people to God.

Philip Neri was born in Florence in 1515 and, even as a child, was known for his sunny disposition and good spirits.  At the age of 18, he left home to work for his uncle, who was a businessman. There was a good chance that, had he stayed, he would have inherited that business, but a few months after his arrival, Philip experienced a mystical vision in which he was told that his destiny was to serve God and His Church in Rome.

In Rome, Philip eked out a living as a tutor for a friend’s two sons, who flourished under his friendship and influence. He spent the rest of his time praying and visiting Rome’s “seven churches,” a well-known pilgrimage route that still exists today.  It was while he was at the catacombs of St. Sebastian on Pentecost Eve, 1544 that he saw what appeared to be a globe of fire, which entered his mouth and literally caused his heart to expand.  From that moment on, Philip began a powerful and, for his time, unusual apostolate composed of both lay and religious.

This first group, known as the Confraternity of the Most Holy Trinity, would meet for both prayer and work with the poor.  It was Philip’s own warm personality and sense of humor that won many friends and converts, and he soon counted among his supporters such people as Ignatius of Loyola, Pope Pius V and Charles Borromeo.

Philip had resisted ordination for many years, primarily out of a sense of humility.  In 1551, however, his confessor, convinced that Philip’s work should extend further and encompass more, strongly urged him to consider the priesthood.  Philip finally agreed and was ordained on May 23, 1551.   He continued his work of preaching, praying and working with the poor, but it soon became apparent that he was also a gifted confessor and spiritual director.  The growing numbers of people who came to him made it necessary for other priests join him in his apostolate, and they soon became known as Oratorians.  The Congregation of the Priests of the Oratory received official approval by Pope Gregory XIII in 1575.

The fact that Philip reached out to the laity, not in criticism and harshness, but in friendship and good humor made him one of the greatest figures of the Counter Reformation.  In 1595, after a day of hearing confessions, Philip suffered a hemorrhage and died on the feast of Corpus Christi.

He is the patron of Rome and his feast day is celebrated May 26.