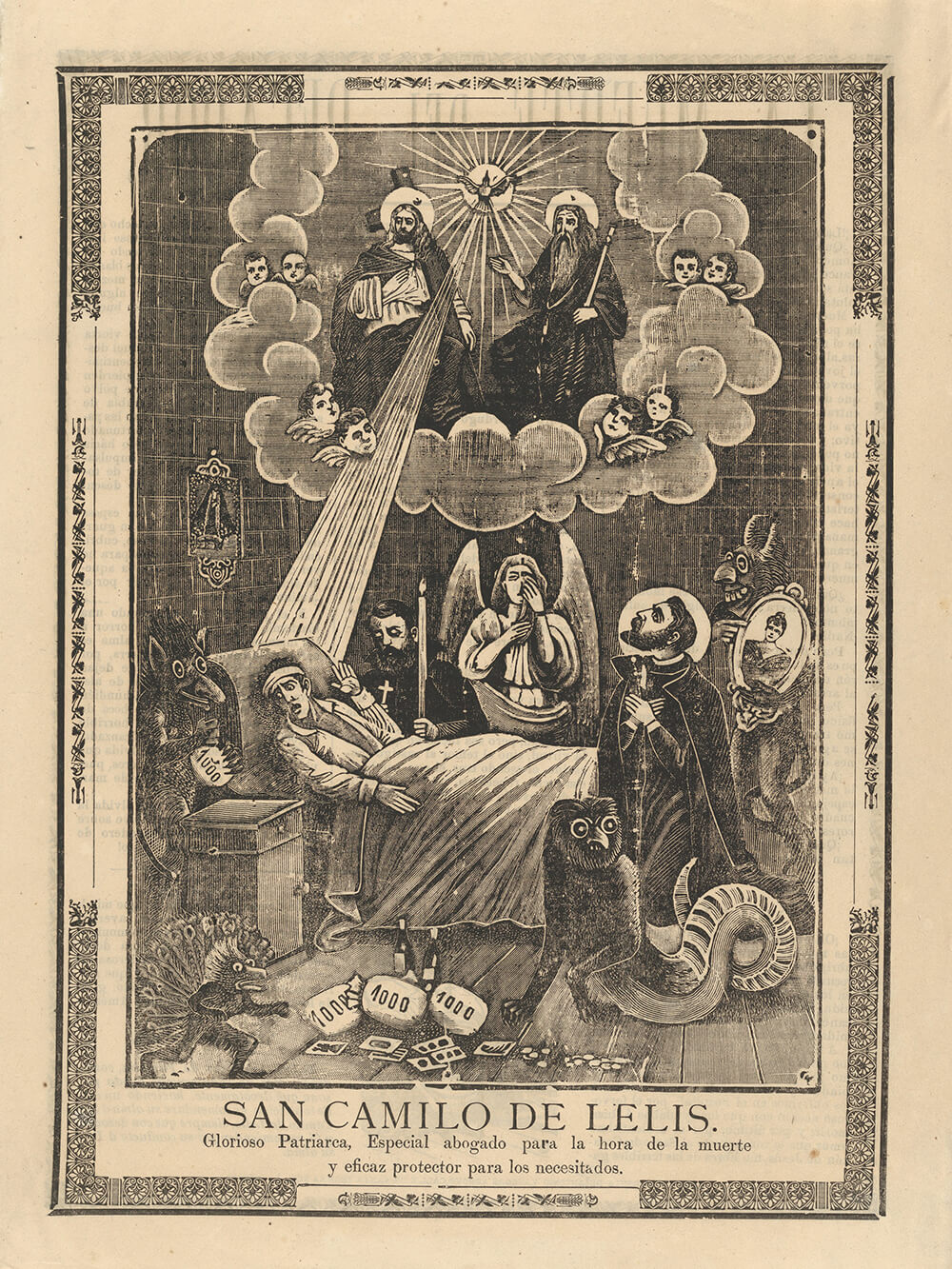 Born in Bocchianico, Italy, in 1550, Camillus did not appear to be a candidate for sainthood at all.  His mother died when he was 13 and, neglected by and large by his father, he decided to join the Venetian army at the age of 16. His large stature – it was said that he stood more than six feet tall – gave the impression that he was much older.

During his relatively brief military career, Camillus was known primarily for two things — his violent temper and his addiction to gambling. He also sustained a leg wound that never properly healed and plagued him for the rest of his life.  When he attempted to enter a hospital for treatment, he was asked to leave after nine months because of his quarrelsome nature.

By the time he was 24, Camillus had run out of options.  His gambling habit had stripped him of everything he owned and no one seemed to want him around.  Desperate to survive, he took a job working as a laborer at a Capuchin friary.  The guardian of the friary saw a good side to the young man, which he worked patiently to bring out; that, coupled with overhearing a sermon preached by one of the Franciscans, resulted in Camillus’ conversion in 1575.

Camillus tried three times to enter the Capuchin novitiate, but each time the wound in his leg — which had been pronounced incurable — and his lack of education resulted in him being turned away.

He traveled to Rome for treatment at St. Giacomo’s Hospital for the Incurable, where he met St. Philip Neri, who became both his priest and confessor.  With no way to pay for his medical care, Camillus began to work in the hospital, tending to the sick and dying.  His dedication to his patients was such that he eventually became the superintendent of St. Giacomo.

He also began to study for the priesthood with the Jesuits and, after completing his education, was ordained in 1584 at the age of 34.  His work at the hospital inspired him to found a group of both religious and lay people dedicated to the care of the gravely ill and the dying.  They worked in hospitals, prisons and in private homes.  Calling themselves the “Servants of the Sick” they were finally approved as a religious order in 1586 by Pope Gregory XIV, who changed their name to “Order of the Ministers of the Infirm.” In addition to the usual vows of poverty, chastity and obedience, Camillus’ order added one more vow: “To serve the sick, even with danger to one’s own life.”

Plagued to the end of his life by ill health, Camillus died in 1614.  Canonized in 1746, he was declared patron of the sick along with John of God, and later patron of nurses and nursing groups. His feast day is celebrated on July 18.