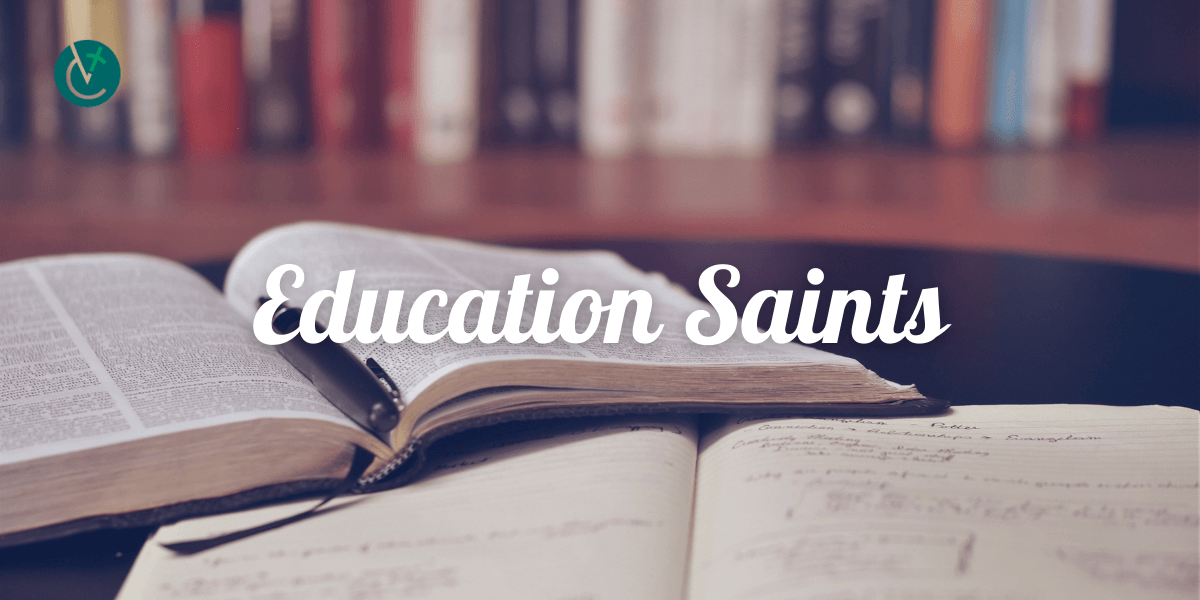 Many saints have a connection to the field of education. So as schooling resumes for the 2020-21 school year, Vermont Catholic looks at a dozen of those “education saints.”

St. Jean-Baptiste de La Salle (1651-1719) was a French priest, educational reformer and founder of the Institute of the Brothers of the Christian Schools. He is the patron saint of teachers.

St. Thomas Aquinas (1225-1274), a scholar and Doctor of the Church, is considered one of the Catholic Church’s greatest theologians and philosophers. He is one of the great teachers of the medieval Catholic Church and one of many patron saints of schools.

St. Joseph of Cupertino (1603-1663) was an Italian Conventual Franciscan friar who was a Christian mystic. He struggled with his studies; the best he could do was to learn a small portion of the material he was supposed to know and then pray that he would be asked about that portion. He was able to pass his exams and become a priest. He was prone to miraculous levitation and intense ecstatic visions. He is the patron of students taking exams.

St. Albert the Great (1200-1280) was one of St. Thomas Aquinas’ teachers and a provincial of the Dominican Order. He is a doctor of the Church and is the patron of science students.

St. Marcellin Champagnat (1789-1840) was a priest of the Society of Mary and the founder of the Little Brothers of Mary (Marist Brothers), a congregation devoted to the education of the young. He is a patron saint of education.

St. Nicholas of Myra, born during the third century in what is now Turkey, was known for his generosity to those in need, his love for children and his concern for sailors and ships. He is the patron saint of preschool.

St. Scholastica (480-543), sister of St. Benedict, was the foundress of the women’s branch of Benedictine Monasticism. Her name means “scholar.”  She is a patron saint of students.

St. Francis de Sales (1567-1622) is known for his writings on spiritual direction and spiritual formation, particularly the “Introduction to the Devout Life.”  Along with St. Jane Frances de Chantal, he founded the women’s Order of the Visitation of Holy Mary. He is the patron saint of writing and writing students.

St. Elizabeth Ann Seton (1774-1821) is considered the founder of the Catholic school system in the United States. She established the first Catholic girls’ school in the country in Emmitsburg, Maryland, where she also founded the first American congregation of religious sisters, the Sisters of Charity. A wife and mother, she was widowed and converted to Catholicism. She is the patron saint of Catholic schools and widows. She was the first native-born U.S. citizen to be canonized.

St. John Neumann (1811-1860) was a member of the Redemptorist order and became the fourth bishop of Philadelphia. While there he founded the first Catholic diocesan school system in the United States. He is the patron saint of Catholic education.

St. Frances Xavier Cabrini (1850-1917) was born in Italy and in 1909 became a naturalized citizen of the United States. She was the first U.S. citizen to be canonized. She organized catechism and education classes for Italian immigrants, provided for the needs of orphans and established schools and orphanages. She founded the Missionary Sisters of the Sacred Heart of Jesus. She is the patron saint of immigrants.

St. Gemma Galgani (1878-1903) was a conscientious student born in Italy. She attended a Catholic school run by the Sisters of St. Zita and excelled in French, arithmetic and music. She received the stigmata and is a patron saint of students.