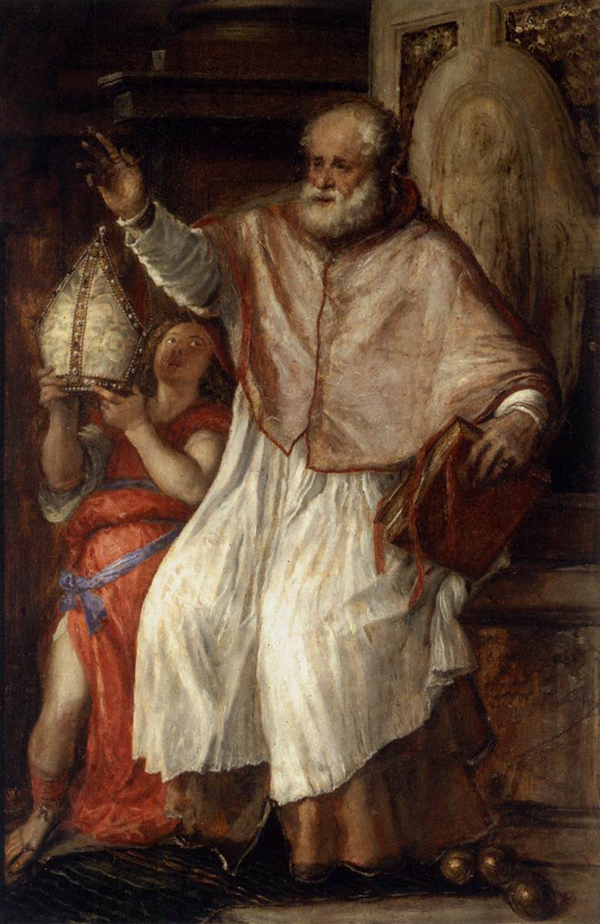 At this time of year, we are beginning to be inundated with stories about a stout fellow from the North Pole known as Santa Claus. In English-speaking countries, it was actually a twist of the tongue that changed the name of the real St. Nicholas into that fellow in the red suit, but one thing that did not change is the example of generosity, especially toward children and the poor.

Despite his subsequent fame, we know very little about the actual saint. We are fairly sure that he lived in the fourth century and was a priest, abbot and bishop of Myra, which is located in modern Turkey. Orphaned at a young age, Nicholas was left with a substantial sum of money which he decided to devote to works of charity.

Many of our favorite stories about him give example of that; one of the most well-known involved a merchant who lost everything he had and was contemplating selling his three daughters — whom he could no longer support — into prostitution. When the good bishop heard of this, legend says that over the course of three nights he threw a bag of gold through the merchant’s window. Each one landed in one of the girls’ stockings, which they had hung up over the hearth to dry. On the third night, the merchant hid by the window in hopes of discovering who was responsible for such great charity and found that it was no less than the bishop himself. From this comes our custom of hanging Christmas stockings for “Santa Claus” to fill with gifts.

Another legend gives rise to his patronage of sailors and others who work near the sea.  According to the story, on a trip to the Holy Land some sailors found themselves in great distress from a fierce storm off the coast of Lycia which threatened to sink their ship. They invoked the aid of St. Nicholas, who was on board; he prayed and the seas calmed, enabling them to sail safely into port. Even to this day, in that part of the world sailors wish one another safe voyage with the words “May St. Nicholas hold the tiller.”

He is also said to have convinced some thieves to return their stolen goods, which led him to be prayed to for protection against robbery. He is also considered to be the patron saint of thieves — not that they continue in their sinful ways, but that they repent and change.

Although venerated in the West, St. Nicholas is especially popular in the Eastern Churches. He is a patron of Greece and a most beloved saint in both Russia and Ukraine. Although originally interred in the city of Myra, with the coming of the Saracens — the name given during the Middle Ages to members of Islam — they were moved for safe-keeping.  They are now in the Basilica di San Nicola in Bari, Italy, where they have rested since 1087.

Also patron of children, his feast is Dec. 6.