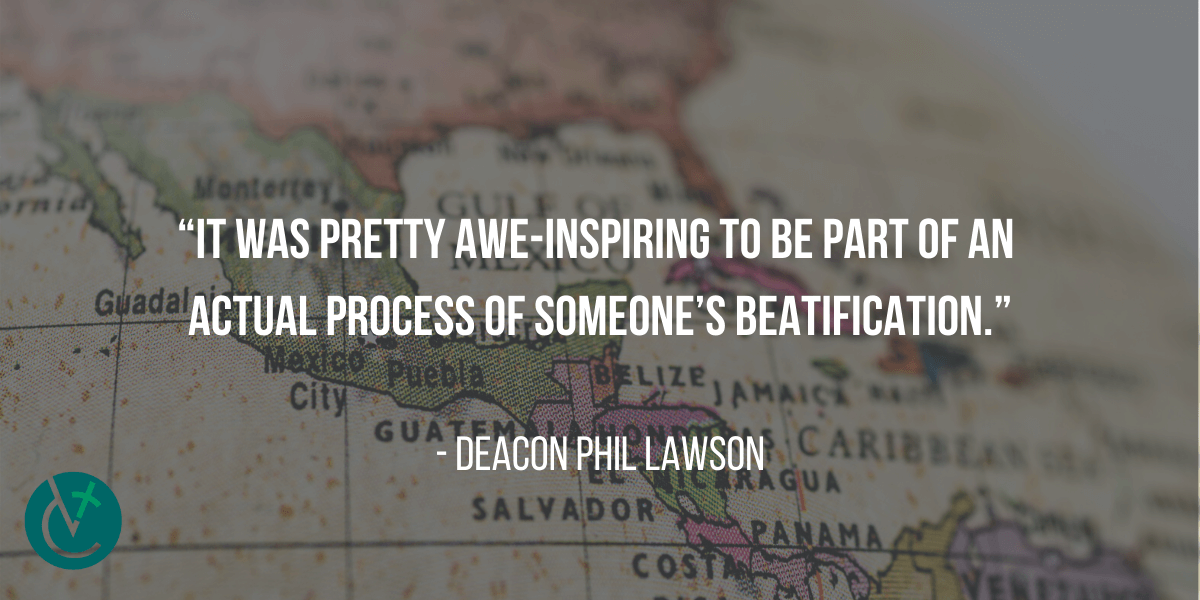 Deacon Lawson was as notary in 2009 Blessed James Miller cause

Deacon Phi Lawson has a special connection to Blessed James Miller, a Christian Brother who was beatified last year in Huehuetenango, Guatemala.

Deacon Lawson, executive director of evangelization, catechesis, divine worship, marriage and family and respect life for the Diocese of Burlington, was living in Wisconsin when he was appointed as a notary in assisting the judge delegate in the interrogation of witnesses and the recording of their answers in Stevens Point, Wisconsin, in 2009.

“I was tasked with writing down the answers of the witnesses that came in to speak about Brother James Miller’s life.  For this portion of the investigation, it was primarily his family members who came to answer questions,” Deacon Lawson recalled.

Before donning the habit of a Christian Brother in 1962, Brother Miller wore the bib overalls of a Wisconsin farm boy.

On Feb. 13, 1982, while repairing a wall outside of the Casa Indigena De La Salle — his religious community’s school for indigenous boys in Huehuetenango — Brother Miller, 37, was gunned down by three men.

Nearly 37 years after his death, he was beatified last December at the Cathedral of Our Lady of the Immaculate Conception in Huehuetenango. He will be the first American-born Christian Brother declared blessed, one step in the process of being named a saint.

When the Christian Brothers began to promote his cause of canonization, Deacon Lawson — not yet a deacon — was in the right place at the right time. “Brother James Miller grew up about 20 miles from my parish.  The judge delegate for the cause was in the Diocese doing his investigation, and they needed a place to do the interviews and someone to do the recording.   My parish was available and so was I,” he said.

“It was pretty awe-inspiring to be part of an actual process of someone’s beatification,” said Deacon Lawson, of St. Luke Parish in Fairfax. “It was fascinating to see some of the inner workings of the process.  And now to see him be officially declared ‘blessed’ is just really, really cool!”

The “preferential option for the poor,” a pastoral challenge presented by the Latin American bishops, influenced the Christian Brothers to provide education to the indigenous children in Guatemala and led to military retaliation. Just days before Brother Miller’s assassination, the religious community was warned about a death squad.

The body of Brother Miller was returned to Wisconsin for burial at St. Martin Cemetery in Ellis, one mile south of the farm where he was raised.

“His willingness to continue serving the people, in spite of the chance of death remains inspiring,” Deacon Lawson said. “And then knowing that he grew up on a farm and took care of the chickens as a boy, makes him so down to Earth and real.”