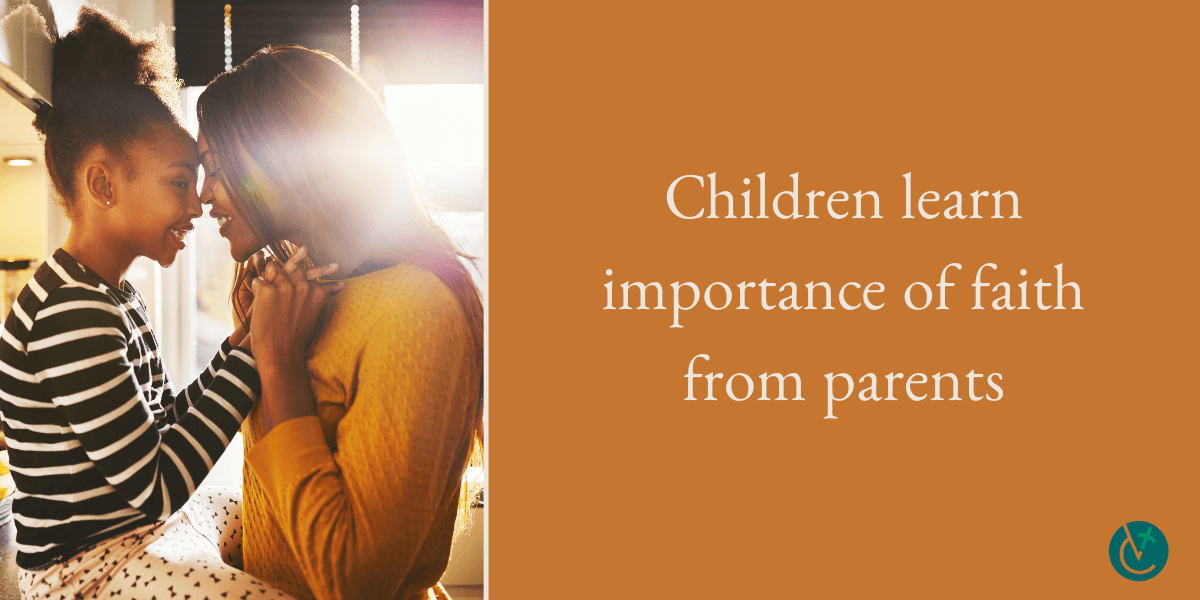 Nestled in the lower right corner of the reredos at St. Peter Church, was always one of my favorite statues — a statue of the young girl Mary, next to her mother, St. Anne.  In their hands is a scroll containing the Ten Commandments, with Mary’s mother teaching her about them.

Such has it always been, as parents pass on the truths and love of faith to their children.

No doubt Mary and Joseph would have done the same for Jesus as a boy. It is not hard to imagine how faith was infused in every aspect of Jesus’ life growing up.  As a young boy, He would have been taught the Shema.  He would have joined His parents on pilgrimages to Jerusalem.  They would have taught Him the Torah.

One can imagine Mary praying with the young Jesus on her lap.  We can think of Joseph sharing the tales of God leading Israel out of slavery and all the prophets and their wondrous deeds, perhaps while Jesus watched him work in his carpenter shop. We can consider how, in the trials (think of their time in Egypt) to the joys of watching the young Jesus grow up, they would have praised and beseeched God, drawing on His guidance and sustenance.

The boy Jesus could not help but be moved and inspired by the deep and abiding faith of his parents.   Mary and Joseph’s faith literally infused everything they did and joyfully so.  It wasn’t just something they thought about on the Jewish Sabbath but the foundation that guided every day and moment of their lives.

Christian Smith, a sociologist on faculty at the University of Notre Dame, has spent the last two decades studying the faith lives of American young people, specifically focusing on what causes them to continue their faith (or not) as adults.  Statistically, the number-one factor is the religious practice of their parents. In an Aug. 7, 2014 interview with Christian Smith, my former colleague Joe Tremblay asked about the role of parents in determining the religious faith of their adult children: “Well, it’s really not that complicated. Most youth, if they have good relationships with their parents, generally end up looking a lot like their parents religiously. What is going on with Catholics is that, on average, Catholic parents are just less committed, invested and involved in the Church and their own personal faith and practice. And so that’s what the kids learn and follow when they get older.”

In a recent article, Smith wrote: “What makes every other influence pale into virtual insignificance is the importance (or not) of the religious beliefs and practices of Americans parents in their ordinary lives — not only on holy days but every day, throughout weeks and years”  (“Keeping the Faith,” Christian Smith, First Things, May 2021).

Practically speaking, what can parents do to witness the importance of faith in their daily lives, in addition to Mass?

– Faith should be experienced as part of the regular part of family life.

– Pray together daily as a family; including but not limited to meal prayers.

– Faith and God should be as regular a part of daily conversations as the weather, the Red Sox and the latest pandemic news.

– There are countless ways, with the end goal being that it is not something “forced” or “obligatory,” but something we do because it is a joyful part of who we are and how we live.

At the end of the Diocesan Men’s Conference a few years ago, the attendees joined together to pray the Chaplet of Divine Mercy.  This is a beautiful prayer, but what made it so special was that it was lead by a father and his adult son, a young man in his twenties.  It was a beautiful example of the fruits of a father, like St. Joseph, passing along the gift of faith to his son and walking together in that faith.

Of course, nothing can guarantee a young person’s faith will continue into adulthood.  But parents, and all of us, can do our part modeling this life of faith for our young people just like St. Anne did for Mary and Mary and Joseph did for the child Jesus.

“And when that reality is authentic and life-giving, they (young people) just may be attracted to something similar” (Smith, “Keeping the Faith”).

—Deacon Phil Lawson is the executive director of pastoral ministries for the Diocese of Burlington.  He can be reached at plawson@vermontcatholic.org.