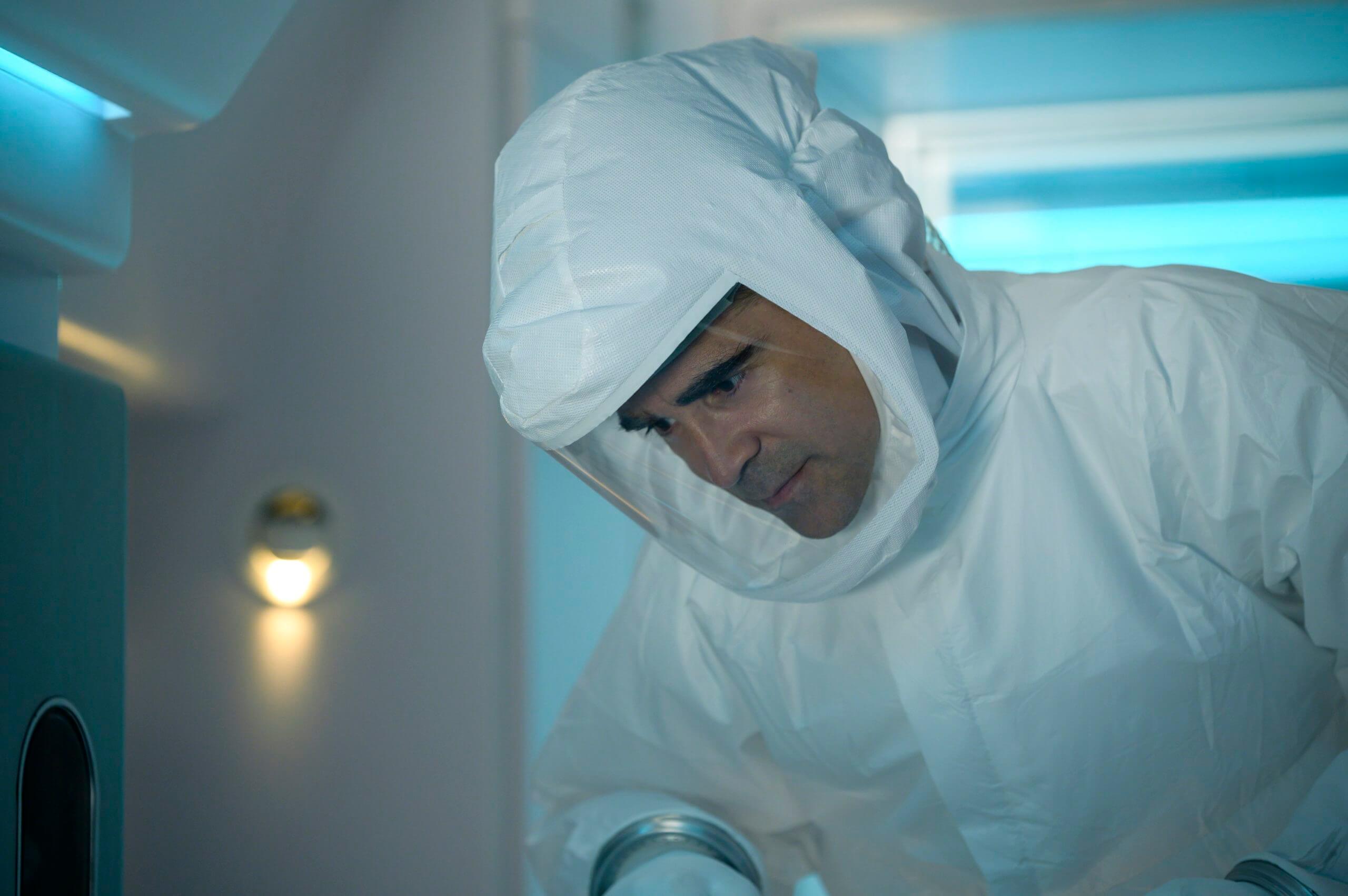 The tedious sci-fi parable “Voyagers” (Lionsgate) seems designed to prove that in space, no one can hear you yawn.

While acceptable for grown-ups, writer-director Neil Burger’s flat thriller, an exploration of the positive and negative aspects of human nature, has little to say on that topic that hasn’t been better expressed before.

Primarily set on a spaceship staffed by teenagers traveling to a distant planet, the film begins with some material that Catholic viewers will find uncongenial.

The crew are all the products of artificial insemination, eugenically created designer babies. Because the substitute Earth to which they’re journeying is so far off, it will ultimately be their grandchildren who will arrive there and populate it — and those descendants will thus, presumably, be the “best and the brightest.”

When two of the crew members, Christopher (Tye Sheridan) and Zac (Fionn Whitehead), discover that a blue liquid everyone on board is given to drink contains a sedative intended to dull pleasurable sensations, they stop taking it. They also accuse Richard (

, the sole adult on the mission, of lying to them.

Once off “the blue,” the lads become aggressive, racing each other, wrestling and roughhousing. They also become sensually awakened. So much so, that Zac sexually assaults Sela (Lily-Rose Depp), a comrade to whom both he and Christopher have already signaled their attraction.

When plot developments compromise Richard’s ability to supervise and calm his young charges, things deteriorate in a way reminiscent of William Golding’s novel “Lord of the Flies.” Zac and Christopher become rivals for leadership of the vessel, with Zac using fear of a supposed alien presence on the craft to advance his cause.

Burger fails to arouse interest in or sympathy for his colorless characters, and their fate seems of little moment. So, when it comes to these “Voyagers,” wise movie fans will skip the trip.

The film contains much violence with some gore and considerable sexual content, including an assault, briefly glimpsed but graphic nonmarital activity, an offscreen premarital encounter and artificial insemination.

The Catholic News Service classification is A-III — adults. The Motion Picture Association rating is PG-13 — parents strongly cautioned. Some material may be inappropriate for children under 13.