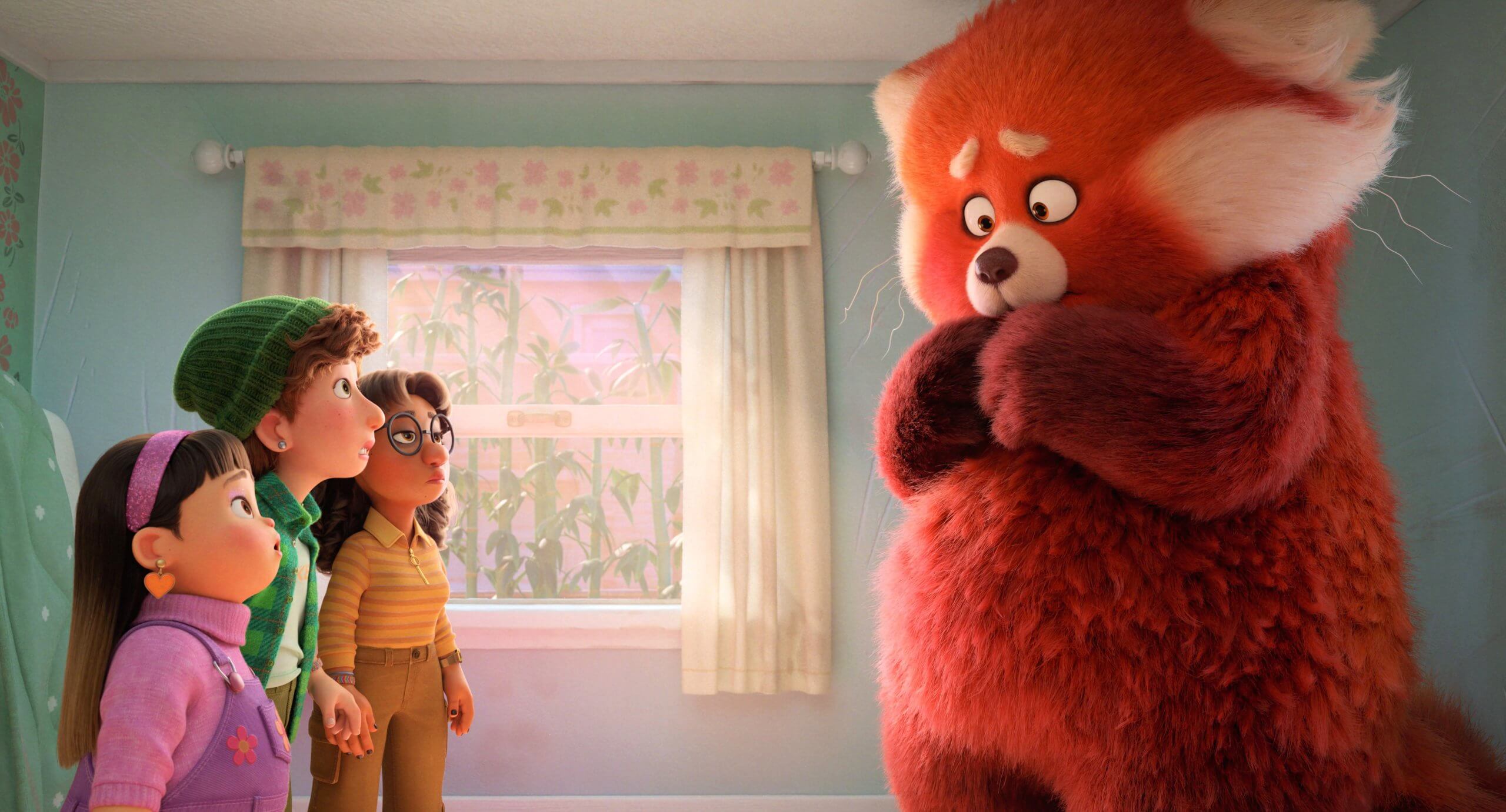 Photo Credit: CNS photo/Pixar - This is a scene from the animated movie "Turning Red."

The animation wizards at Disney and Pixar have often tackled big subjects, mixing sunshine with shadows, laughter with tears. In films from “Bambi” (1942) to 2009’s “Up” and 2013’s “Frozen,” strong emotions are stirred, and death is no stranger.

“Turning Red,” the latest feature from the Mouse House (streaming now on Disney+), breaks new ground, however, as it deals with puberty and menstruation.

Director Domee Shi keeps the tone lighthearted and fills the story with euphemisms and wink-wink moments. And the movie does celebrate the bonds of family and friendship.

Still, parents may be concerned that the picture takes on issues best left to private conversations at home. Even more significantly, they will want to be aware that the script contains a coded endorsement of legalized abortion, albeit one confined to a single line of dialogue.

Their obsessions are typical for girls of their age: boys and bands. Mei swoons over Devon (voice of Addie Chandler), the local convenience store clerk, doodling pictures of him in her journal. Collectively, the gang idolizes a super-cool boy band called “4-Town,” dancing and twerking to their songs, which contain slightly risque lyrics.

But she comes to resent her mother’s overprotective manner and distaste for her fun-loving pals. When Ming exposes Mei’s crush on Devon, Mei erupts in embarrassment and anger — and unexpectedly morphs into a giant red panda.

Hearing shrieks and howls from the bathroom, Ming rushes to the door. “Did the red peony bloom?” she asks, offering a box full of absorbent pads.

Thereafter, “Turning Red” follows Mei’s efforts to come to terms with her inner “beast.” She discovers that all the women in her family have faced the same struggle, invoking their sacred ancestors’ guidance and protection.

Ultimately, Mei discovers, “We’ve all got a messy, loud, weird part of ourselves hidden away,” but declares, “My panda, my choice.” Such sloganeering, however brief, will raise a red flag for viewers committed to Gospel values, whatever their age.

The film contains mildly suggestive language and content, nonscriptural beliefs and practices as well as fleeting anti-life rhetoric. The Catholic News Service classification is A-III — adults. The Motion Picture Association rating is PG — parental guidance suggested. Some material may not be suitable for children.