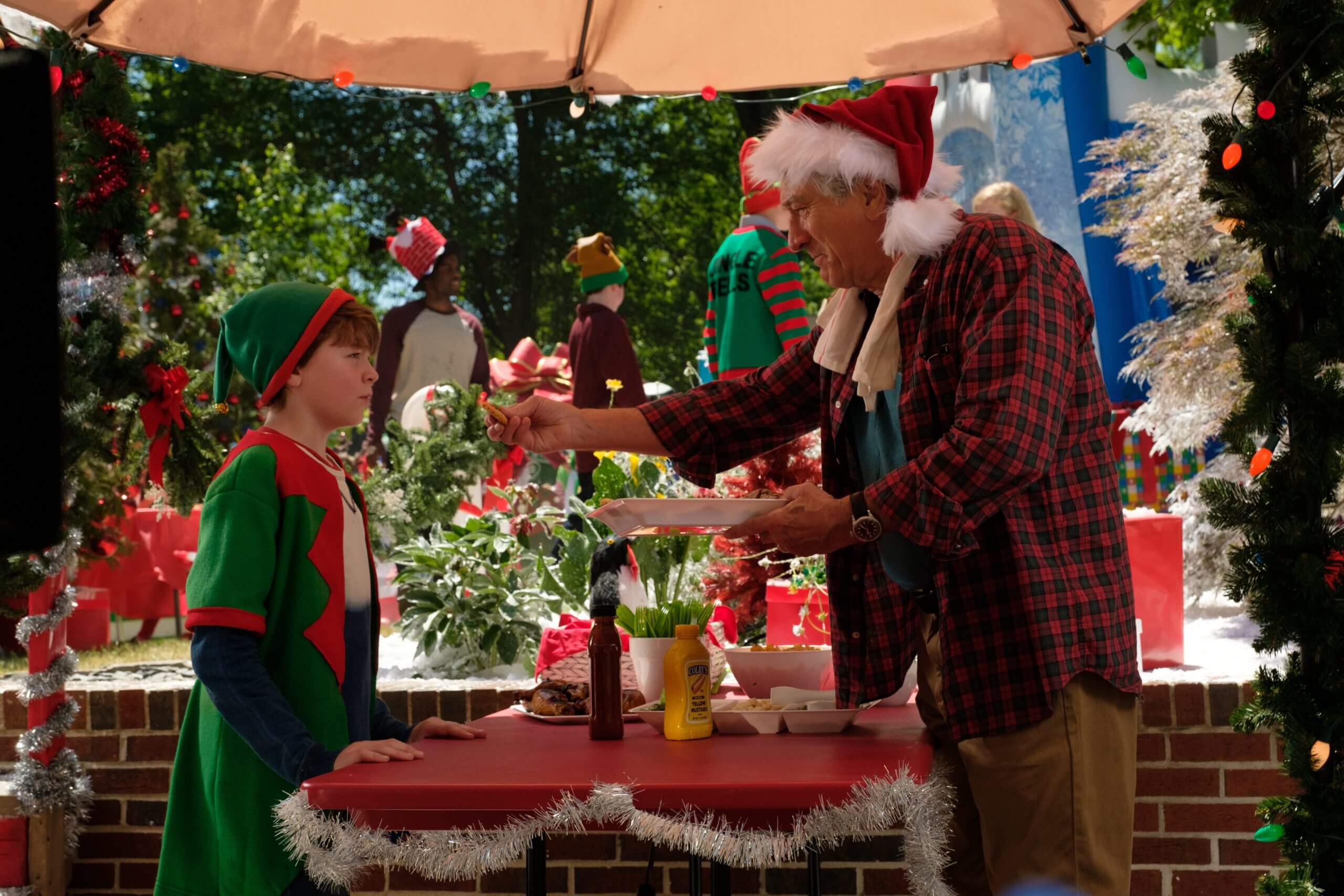 Photo Credit: CNS photo/101 Studios - Robert De Niro and Oakes Fegley star in a scene from the movie "The War with Grandpa."

Movie review: ‘The War With Grandpa’

Humor goes AWOL during “The War With Grandpa” (101 Studios).

While director Tom Hill’s flimsy comedy, adapted from Robert Kimmel Smith’s novel for children, is acceptable for older kids and their elders, they’re unlikely to buy into its strained, unrealistic setup.

Said premise has recently widowed retiree Ed (Robert De Niro) proving himself incompetent to live on his own. His misadventures include knocking over his mailbox while backing his car out of the driveway and becoming so befuddled by an automated checkout machine that he walks out of the grocery store without paying for anything.

Ed’s daughter Sally (Uma Thurman) eventually convinces him to move in with her family and gives him the bedroom previously occupied by his preteen grandson Peter (Oakes Fegley). Finding himself exiled to the attic, Peter is sufficiently resentful over the supposed injustice of his situation that he starts the conflict of the title, thus initiating a battle of ever-escalating practical jokes.

There are no surprises amid the slapstick pranks and pratfalls that ensue. Nor do supporting turns by Cheech Marin, Christopher Walken and Jane Seymour succeed in boosting the amusement quotient. A half-hearted effort to wedge a serious anti-war message into the silly proceedings falls equally flat.

This leaves viewers free to consider just how ill-mannered and disrespectful Peter is, the inevitable climactic reconciliation notwithstanding.

The odd slightly profane or vulgar term crops up in the dialogue. But it’s a running joke about Ed repeatedly, albeit accidentally, being seen naked by his son-in-law Arthur (Rob Riggle) — much to their shared discomfort — that really makes this less than suitable for little ones.

The film contains occasional anatomical and scatological humor and a couple of instances each of mild oaths and crass language. The Catholic News Service classification is A-II — adults and adolescents. The Motion Picture Association rating is PG — parental guidance suggested. Some material may not be suitable for children.