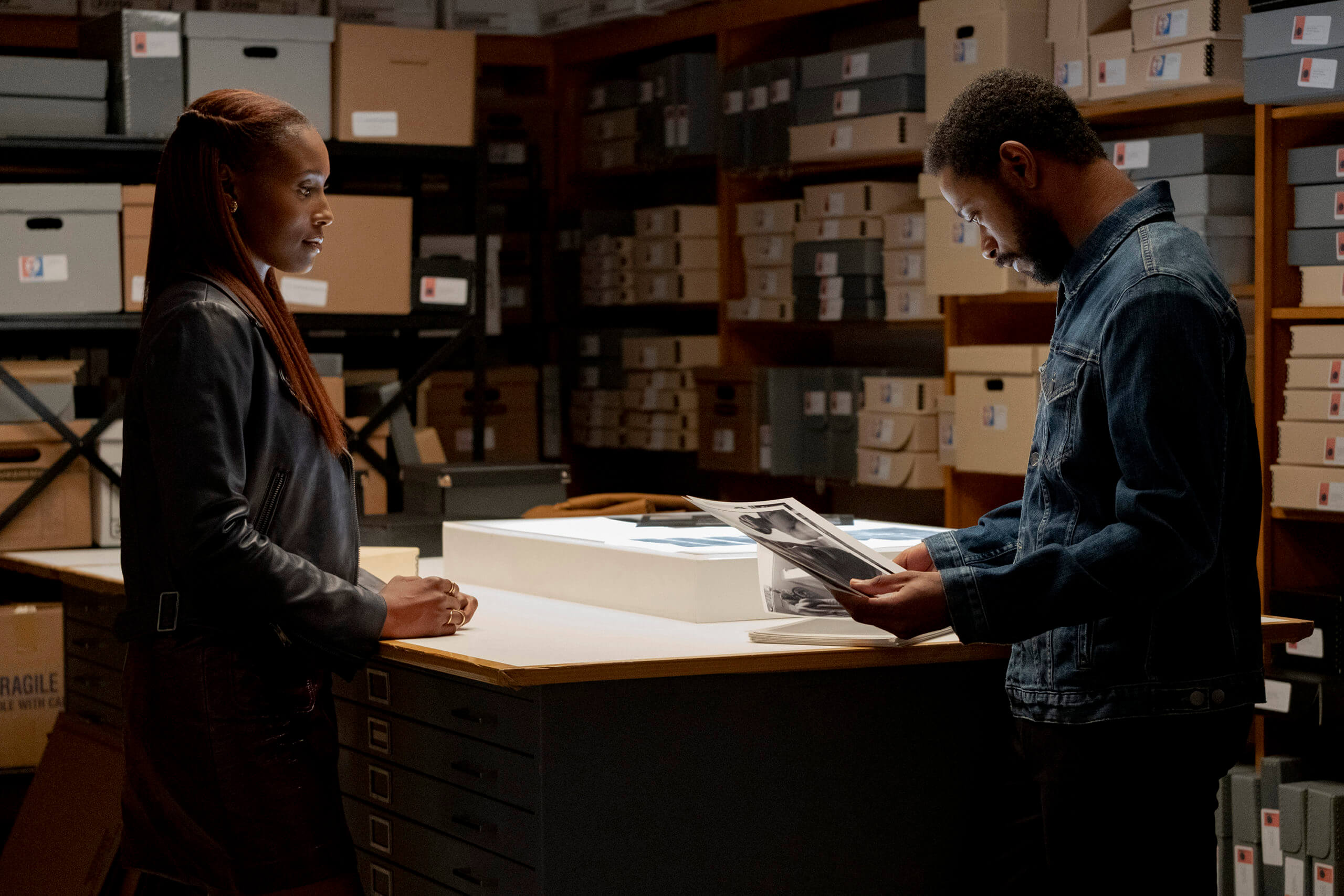 Photo Credit: CNS/Universal - Issa Rae and LaKeith Stanfield star in a scene from the movie "The Photograph."

Aesthetically impressive but morally flawed, “The Photograph” (Universal) is a mature romantic drama leavened with some canny humor.

While most of the lessons writer-director Stella Meghie sets out to convey are worthy, her film’s outlook on the physical expression of love is tainted by lax values.

But hovering in the background — and presented by way of extended flashbacks to the 1980s — is the fraught bond linking Mae’s mother, Christina (Chante Adams), then an up-and-coming photographer, and her less ambitious boyfriend, Isaac (Y’lan Noel). A subplot gives us an insight into Michael’s ties to his brother, Kyle (Lil Rel Howery), a settled family man, and Kyle’s wife, Asia (Teyonah Parris).

As Mae strives to learn from Christina’s mistakes and strike the right balance between the personal and the professional, Meghie’s script emphasizes the importance of communication, openness and a willingness to commit. Potent performances and an intelligent tone keep the audience rooting for Cupid’s triumph throughout.

Yet the screenplay not only takes prenuptial relations for granted but romanticizes them. Thus, though the depiction of Mae and Michael’s first bedroom encounter doesn’t lapse into voyeurism, it’s all lyrical elegance inviting viewers to approve. And it strikes a weirdly discordant, cart-before-the-horse note when, several scenes later, the two express the desire to go on getting to know each other.

All this is, of course, standard issue in Hollywood movies and has been for a long time. But it not only prevents endorsement for teens who might benefit from the movie’s sober presentation of the work involved in sustaining a relationship, it undercuts the positive aspects of “The Photograph” for grown moviegoers as well.

The film contains semi-graphic premarital sexual activity, partial and fleeting rear nudity, at least one mild oath and references to drug use and sexuality. The Catholic News Service classification is A-III — adults. The Motion Picture Association rating is PG-13 — parents strongly cautioned. Some material may be inappropriate for children under 13.