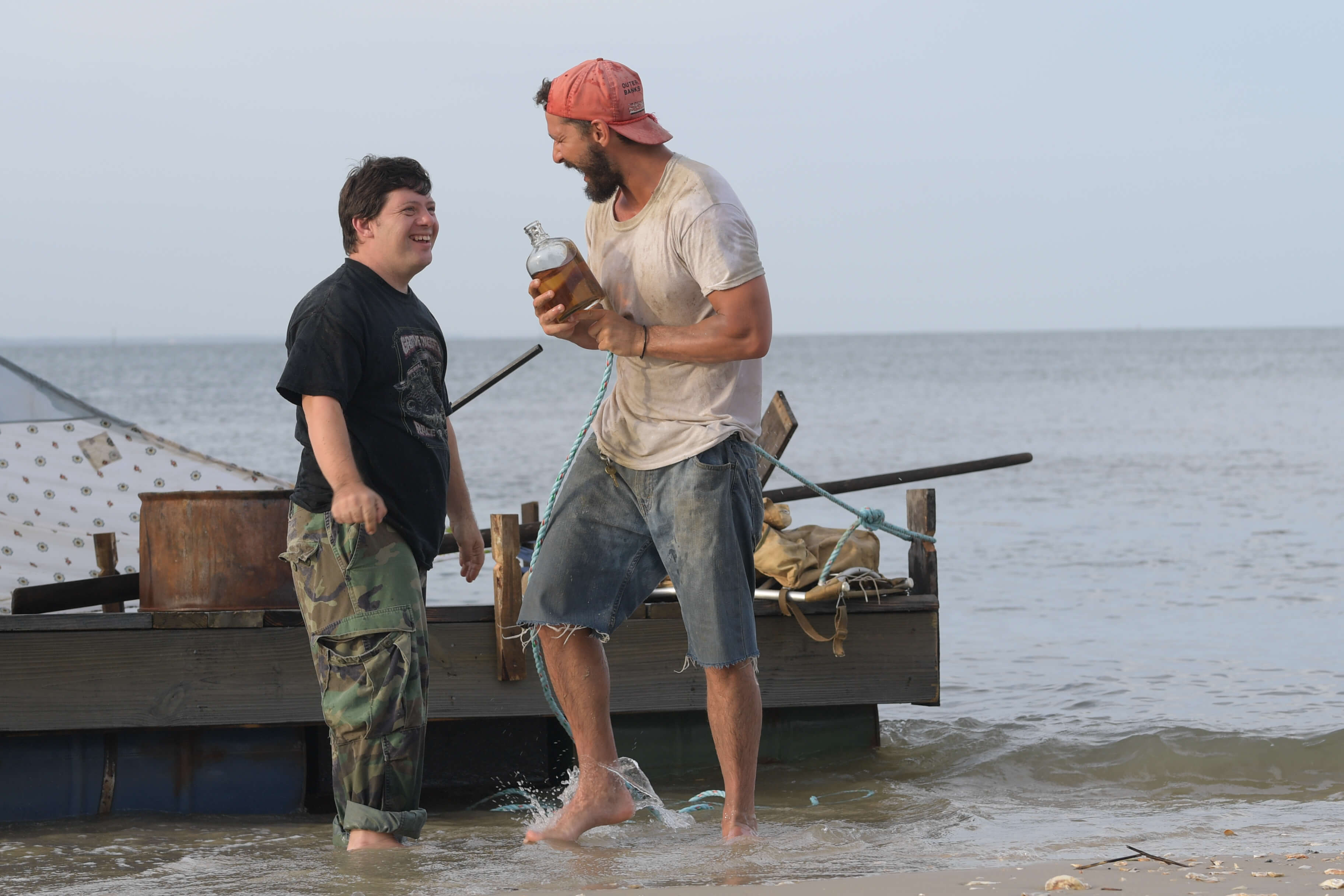 Photo Credit: CNS/Roadside Attractions and Armory Films - Zack Gottsagen and Shia LaBeouf star in a scene from the movie "The Peanut Butter Falcon."

Film fans generally and viewers of faith in particular will find much to appreciate in the heartwarming drama “The Peanut Butter Falcon” (Roadside). Themes of friendship, brotherhood and redemption are woven into a story that resonates with Gospel values.

With no family to care for him, Zak (Zack Gottsagen), a young man with Down syndrome, finds himself living in a retirement home on the Outer Banks of North Carolina. Much to the frustration of his sympathetic caregiver, Eleanor (Dakota Johnson), the state government has warehoused him there for the past two years for lack of a more suitable facility.

With the help of his feisty roommate, Carl (droll Bruce Dern), Zak escapes and takes to the road. He soon crosses paths with Tyler (Shia LaBeouf), a down-on-his-luck crab fisherman who’s being pursued by two lowlife rivals, Duncan (John Hawkes) and Ratboy (rapper Yelawolf), out to settle a score with him.

Though Tyler, who’s weighed down by a tragedy in his past, is initially gruff, the two gradually bond and Tyler agrees to help Zak achieve his dream of meeting his idol, a professional wrestler known as the Salt Water Redneck (Thomas Haden Church). As the duo shares Tom and Huck-like adventures along the way to the grappler’s hometown of Aiken, South Carolina — where Zak hopes to be trained for the ring — Eleanor is on their trail.

Directors and co-writers Tyler Nilson and Michael Schwartz handle their Southern Gothic-tinged material with a light and dexterous touch. The result is an aesthetically accomplished, implicitly pro-life movie that subtly but resolutely upholds the dignity of all.

A good deal of gritty talk, however, though justified by the context, probably puts this off-limits even for older teens, despite its valuable message. Parents who do decide to give the green light, though, will find many starting points for family discussions on important topics.

The film contains brief partial nudity, mature themes, a few uses of profanity, at least one rough term, pervasive crude and some crass language and a couple of obscene gestures. The Catholic News Service classification is A-III — adults. The Motion Picture Association of America rating is PG-13 — parents strongly cautioned. Some material may be inappropriate for children under 13.