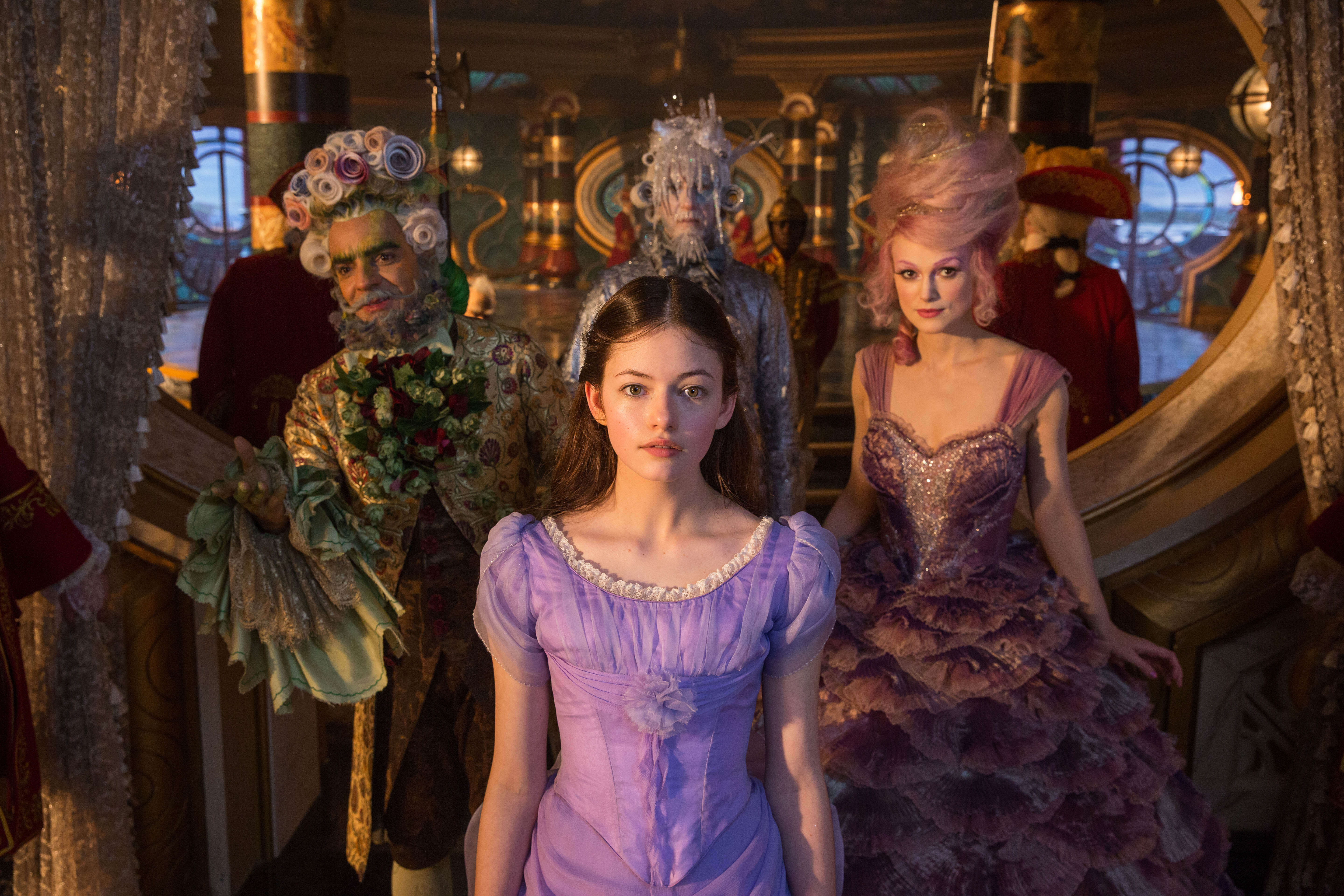 Photo Credit: CNS/Disney - Mackenzie Foy, Keira Knightley, Eugenio Derbez and Richard E. Grant star in a scene from the movie "The Nutcracker and the Four Realms." The Catholic News Service classification is A-II — adults and adolescents. The Motion Picture Association of America rating is PG — parental guidance suggested. Some material may not be suitable for children.

Movie review: ‘The Nutcracker and the Four Realms’

German author E.T.A. Hoffmann’s tale “The Nutcracker and the Mouse King” has proven a remarkably rich bit of source material since its initial publication in 1816.

Translated into French by Alexandre Dumas the elder, it gained wide popularity, with Dumas’ version eventually becoming the basis for the much-loved 1892 ballet “The Nutcracker,” composed by Pyotr Ilyich Tchaikovsky.

Directors Lasse Hallstrom and Joe Johnston’s riff on both the story and the ballet, “The Nutcracker and the Four Realms” (Disney), may turn out to be much less durable than some of the other works derived from Hoffman’s original. Though suitable for most, their visually rich but dramatically impoverished fantasy film will likely satisfy few.

The movie opens in Victorian London where teenager Clara Stahlbaum (Mackenzie Foy), her father (Matthew Macfadyen) — identified only as Mr. Stahlbaum — and her siblings, Louise (Ellie Bamber) and Fritz (Thomas Sweet), are all still in mourning for Clara’s recently deceased mother, Marie (Anna Madeley). On Christmas Eve, Dad distributes the gifts Marie had chosen for them to the children.

Clara’s present is a mysterious egg-shaped silver object with a lock but no accompanying key to open it. In the course of her search for the missing item, a quest encouraged by her kindly godfather, Drosselmeyer (Morgan Freeman), Clara wanders into an alternate world that’s divided into the territories of the title.

There, she learns, Marie once reigned as queen. But one of the regions, the Land of Amusements, led by the apparently villainous Mother Ginger (Helen Mirren), has since gone to war with the others: the Land of Sweets, the Land of Flowers and the Land of Snowflakes, presided over, respectively, by regents Sugar Plum Fairy (Keira Knightley), Hawthorne (Eugenio Derbez) and Shiver (Richard E. Grant).

So, aided — among others — by Capt. Phillip Hoffman (Jayden Fowora-Knight), a life-size nutcracker she has befriended, Clara sets out to defeat Mother Ginger and restore unity. But, as she soon discovers, all is not as it seems.

Throughout “Nutcracker,” there’s a nagging sense that the filmmakers are whispering in viewers’ ears: “Isn’t all this charming and spectacular?” Well, yes, on the surface at least. But more thoughtful moviegoers will also find the proceedings contrived. While predictable messages about believing in yourself and cooperating with others are perfectly acceptable, moreover, they are driven home ham-handedly.

Still, although too scary for small fry, “The Nutcracker and the Four Realms” is otherwise generally unobjectionable.

The film contains occasional peril and some frightening images. The Catholic News Service classification is A-II — adults and adolescents. The Motion Picture Association of America rating is PG — parental guidance suggested. Some material may not be suitable for children.