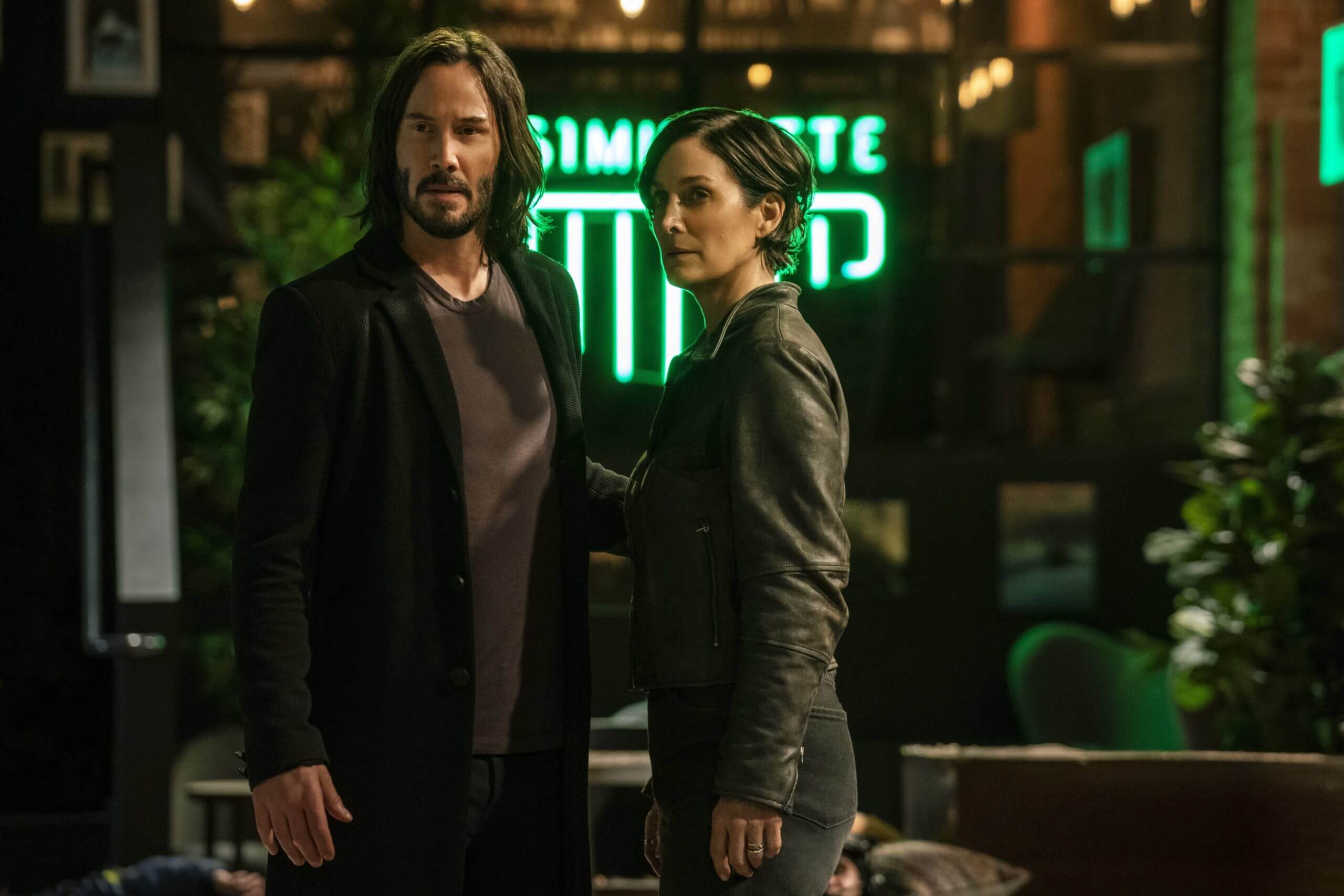 You wouldn’t care to spend the rest of your life floating unconscious in a pod full of goo, would you? Well, neither would Keanu Reeves, and so we get “The Matrix Resurrections” (Warner Bros.), the fourth film in the blockbuster sci-fi series that first hit screens way back in 1999.

Reeves again reprises his role as computer whiz Thomas Anderson, aka Neo (his hacker name). According to the franchise’s elaborate mythos, Neo was once subject to a fundamental delusion — one shared in by the vast majority of the human race.

What Neo had always taken to be real life turned out to be the sprawling simulation of the title. This alternate, purely mental, universe had been imposed on humanity by a race of intelligent machines so that, out in the concrete world, the clever gadgets could keep people hovering, contentedly comatose, in the aforementioned vessels while they harvested their energy.

Neo, once enlightened, eventually became the messianic leader of a rebellion against the enslaving gizmos. He also fell for fellow warrior Trinity (Carrie-Anne Moss).

As this installment — set 20 years after the action of the last movie — opens, however, Neo has been lulled back into submission and into a form of amnesia.

He works as a game designer at a company he co-owns with his long-standing nemesis, Matrix Agent Smith (Jonathan Groff). A lot of his leisure time is spent at the office of his unnamed analyst (Neil Patrick Harris) whose manner is so solicitous as to be suspicious.

Despite his shrink’s best efforts to convince Neo that his past exploits were hallucinations, he remains uneasy and uncertain. Encounters with his shape-shifting former comrade Morpheus (Yahya Abdul-Mateen II) — the man who first blew his mind vis-a-vis the Matrix — and with Bugs (Jessica Henwick), a relative newcomer to the fight, fuel his doubts.

So, too, does his dim recognition of Trinity. Like Neo, she’s trapped in the Matrix once again, this time in the guise a housewife and mom of two called Tiffany with whom Neo — who frequents the same coffeehouse — feels some lingering, indistinct connection.

All these hints in combination ultimately rouse Neo to renewed insurrection.

Viewers unfamiliar with the elaborate backstory get little help in navigating the series’ trademark combination of chases, dust-ups and labyrinthine philosophizing. And, while the mayhem of the struggle over which director and co-writer Lana Wachowski presides is predominantly bloodless, some is disturbing.

The film contains mostly stylized violence with some gore, partial nudity, a few uses of profanity, about a half-dozen milder oaths, a couple of rough terms and considerable crude and crass language. The Catholic News Service classification is A-III — adults. The Motion Picture Association rating is R — restricted. Under 17 requires accompanying parent or adult guardian.